SCRANTON — In just one week, Donald Trump will be sworn in as our country’s 45th president. The inauguration is set for Friday, January 20th. Once a... 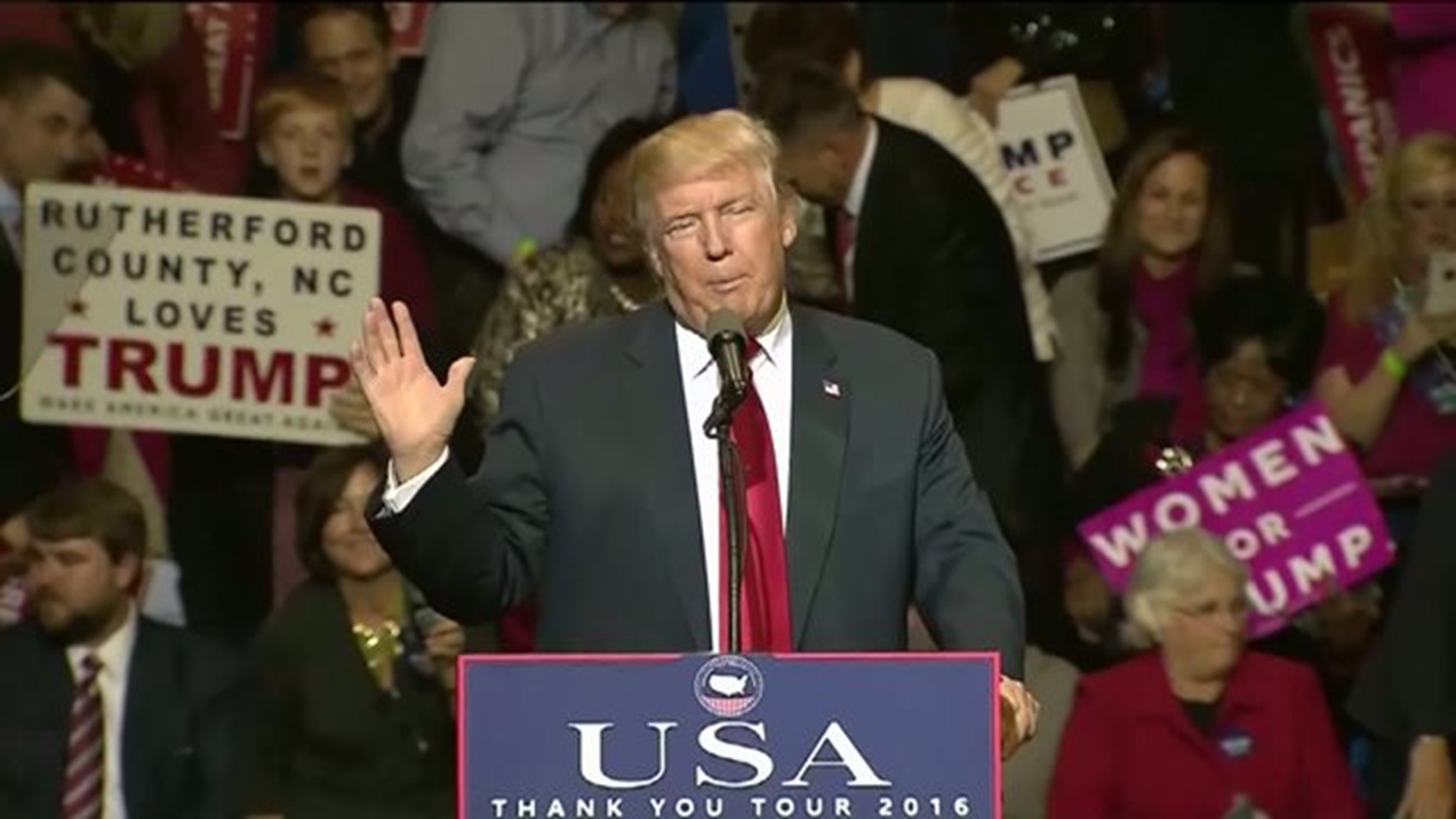 SCRANTON -- In just one week, Donald Trump will be sworn in as our country's 45th president.

The inauguration is set for Friday, January 20th.

Once again students from Scranton High School will be making the trip to Washington D.C. for all the festivities.

When Donald Trump is sworn in as the 45th president of the United States on January 20th, the eyes of the nation will be watching.

For Scranton High School seniors and their teachers, they`ll get to see history happen in person.

“Going to be a great opportunity to see American history up front and live, regardless of politics it`s just so fascinating to see the president of the United States be inaugurated, so it`s going to be thrilling,” said senior Jack Kelly.

Social studies teacher Jerry Skotleski has been taking his class to presidential inaugurations every four years since 2005.

This year, 19 students will be traveling to Washington D.C. with Skotleski and another social studies teacher, Sean Curry.

Skotleski is looking forward to seeing how Trump will handle his big day.

“I`m sure it will be interesting. He`s going to say what he wants to say and let him be himself, that`s what he has gotten himself this far and he should continue to be himself so let him do his thing,” said Skotleski.

While the inauguration is the highlight of the trip, the students will be taking in all the sights our nation’s capital has to offer.

“We`re doing everything. We have it all scheduled out for the next six days, there`s something to do every minute of every day, it`s always different so it`s very historic either way,” said senior Alex Schafer.

And with a price tag of $1,500 per student, they`ve been fundraising for roughly nine months.

But for them, it`s worth every penny.

“It`s going to be very exciting, saying to my kids, my grandkids, I was there for that, for Trump`s inauguration,” said senior Tim Cleveland.

The students will depart next Tuesday at 1:30 afternoon from Scranton High and return Sunday evening at six.