SCRANTON, Pa. — “Not one more.” That was a Scranton High School graduate’s message as she crossed the stage to get her diploma, carrying... 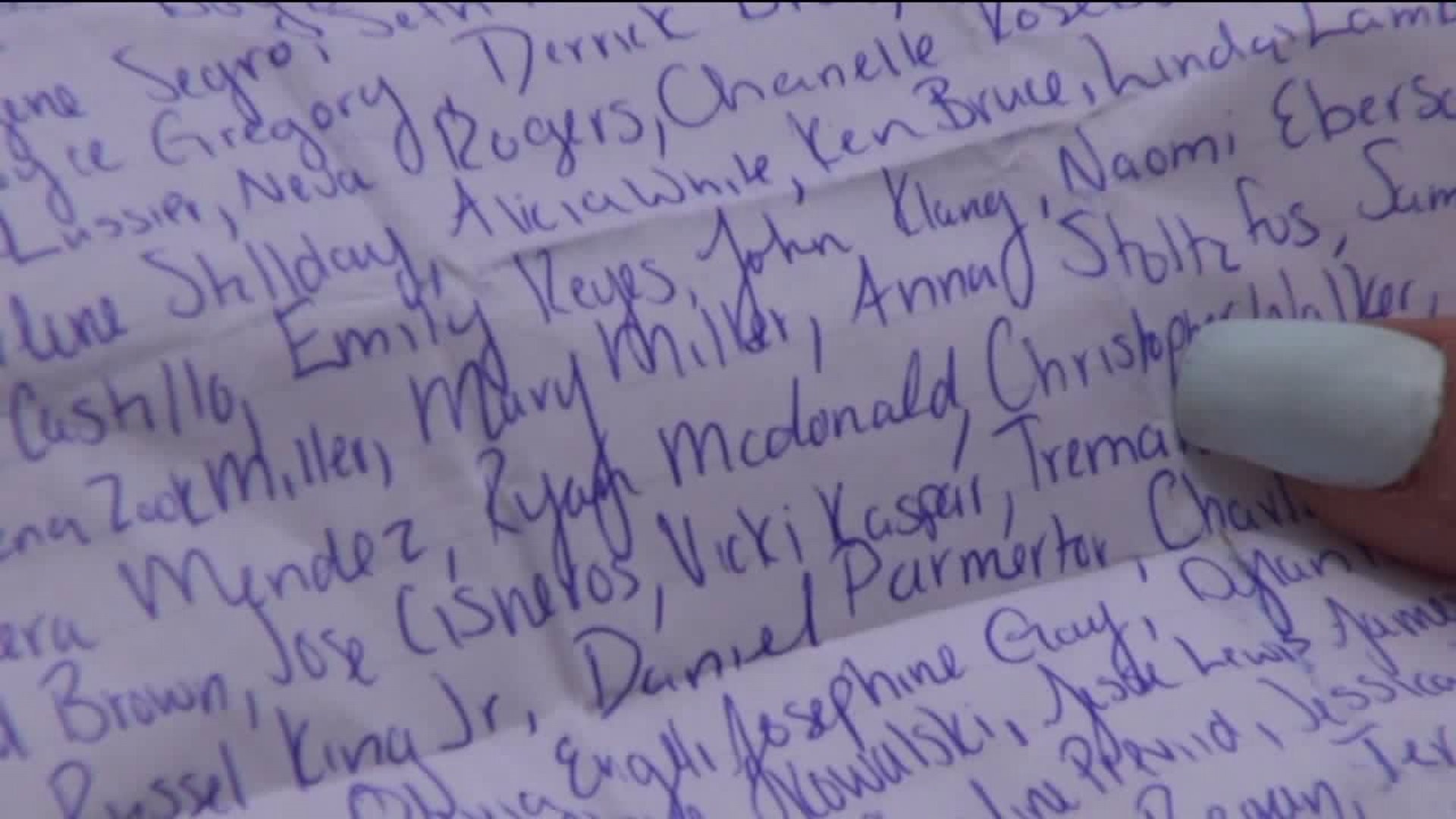 SCRANTON, Pa. -- "Not one more." That was a Scranton High School graduate's message as she crossed the stage to get her diploma, carrying a note with the names of 223 students killed in school shootings.

Mackenzie Mangan walked across the stage for graduation with 223 students who would never have the opportunity. She wrote down their names in hopes they would never be forgotten and no more kids would die at school.

In blue ink, 223 names were written down on a single sheet of paper. She says that is the number of students killed in school shootings since Columbine.

Mangan wanted to remember those who never had a chance to graduate.

"It just hit me and really triggered my emotions, and it is a problem that really needs to get solved, and those 223 kids never left my mind," Mangan said.

Just days before graduation, she decided to write down the names of the students.

"Just normally writing out 223 names would be exhausting for me, but it wasn't like that at all. I was overcome with emotion because to me, they were not just names or a number. They were people."

At first, the Scranton High School graduate posted the note on Facebook for her friends. After a request to make it public, the post took off, drawing hundreds of responses across America.

"A Columbine survivor actually commented on that post and how taken back she was and thanked me, and I said, no, thank you. It has been really touching for me."

Mangan says she never wants people to forget the lives that were lost while going to school.

As Mangan continues her education at Lackawanna College, she always wants to keep the 233 students close to her heart.