Firefighters in Scranton are being lauded for rescuing a cat that had spent a few days stuck in a tree. 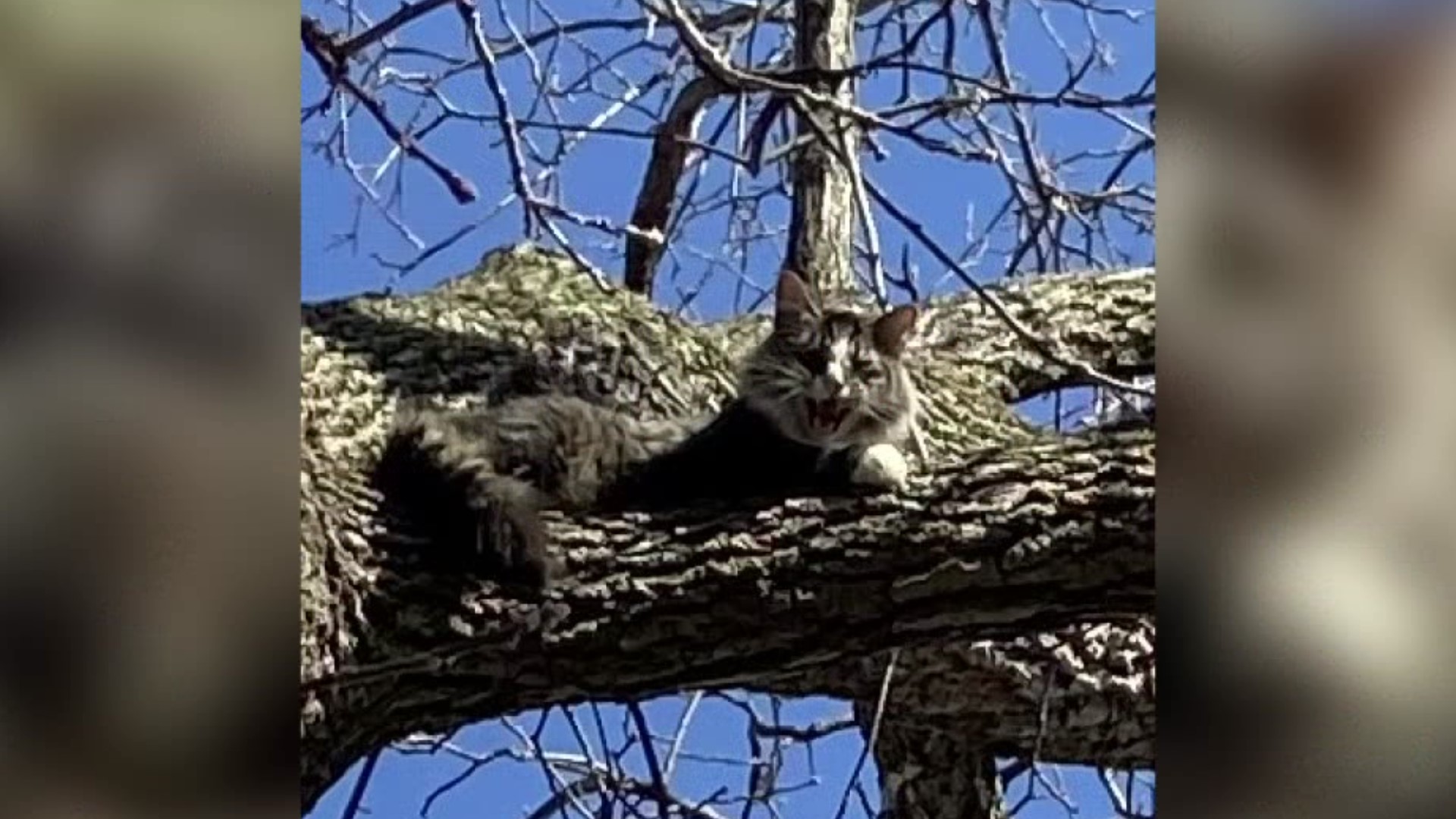 SCRANTON, Pa. — For four days, folks on Morris Avenue in West Scranton had their eyes on the cat high up in a tree on Terri Gabriel's property.

Knowing the weather this week was going to get worse, neighbors posted on Facebook, looking for help.

And help showed up.

The Scranton Fire Department arrived around 7 p.m. on Tuesday with a ladder truck.

"He went up and put tuna fish on the branch. The cat was so scared. It started to eat the tuna fish, and that's when he was able to pick it up. And then he brought it down, and the whole neighborhood was cheering and clapping," Gabriel added.

The cat is now staying with neighbor Katie Thomas and her family and going by the name "Princess" until its family is found. The cat is not microchipped, but Thomas is actively looking for its owner.

The cat took a beating from some squirrels and crows up in the tree, but considering the week it's had, Princess is doing pretty well.

The neighbors say it's all thanks to the Scranton firefighters.

"You only see that stuff in movies, and they actually came in real life and saved her. I was just so happy," Thomas said.