SCRANTON, Pa. — If there is a mass shooting in Scranton like the ones we’ve seen recently in Ohio and Texas, firefighters would be called to respond... 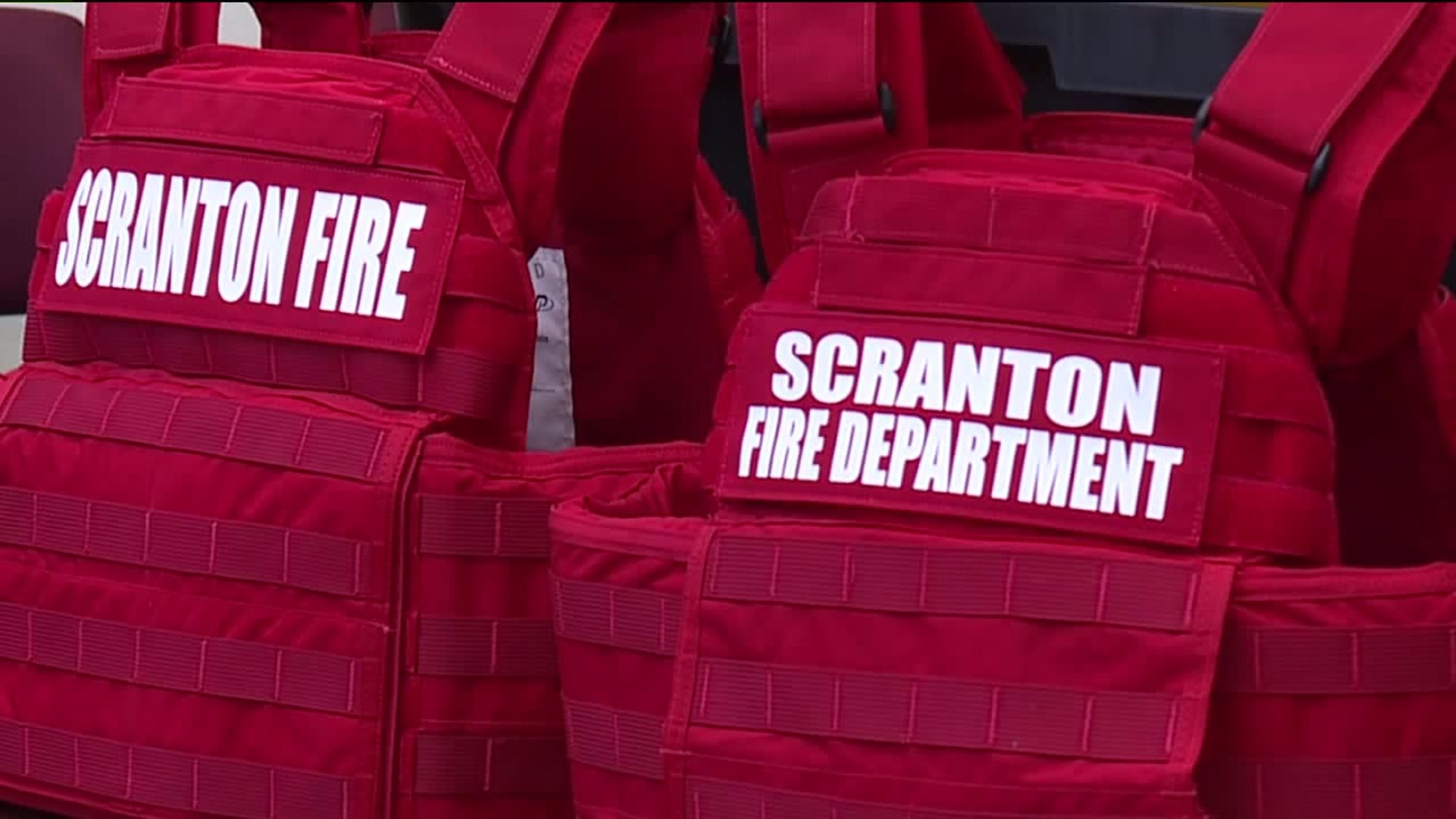 SCRANTON, Pa. -- If there is a mass shooting in Scranton like the ones we've seen recently in Ohio and Texas, firefighters would be called to respond just like police and paramedics.

Now, fire engines in the city of Scranton are equipped with an added layer of protection.

Scranton firefighters now have more to carry to emergency calls, but this addition is with their safety in mind.

"This is actually kind of a sad statement of where we are in our society today," Scranton Fire Chief Pat DeSarno said.

Scranton's mayor and fire chief showed off the department's new protective vests. They were purchased through a $15,000 state grant.

"The sad sign of our times is when we talk about what fire equipment we need, we need to think about ballistic vests. EMS is in the same boat as us now, too."

The department bought 28 ballistic vests to start, enough for four to be stored on every one of the department's engines and trucks.

They're not made for firefighting but would be used if firefighters are called to rescue patients from an active-shooter situation.

Fire department officials were motivated to buy the vests in April of 2018 when they were called to a deadly fire on Washburn Street in Scranton. An armed man set fire to the home with another person inside.

Without ballistic vests, firefighters were at risk and limited in what they could do.

"When you're a firefighter and you're watching a building burn, and you can't do anything, that's a helpless feeling, but it was a hot zone, no pun intended, it was a hot zone. (The) shooter was unknown whereabouts, if he was still active or not, he was still popping rounds out. We were standing there, we couldn't maneuver our apparatus into place safely," the chief said.

Fire officials say the department would still respond if the worst happened with or without the vests, but the added layer of protection gives them a fighting chance.

"It's not if but when, and we really want it to never happen in our city, but it does happen, something like that. We have to be prepared as best we can, and I think we will be," said Scranton Mayor Wayne Evans.

The fire department isn't done buying protective equipment. Officials are currently seeking a federal grant that would pay for another 35 vests and helmets.