MOOSIC, Pa. — Investigators believe an off-duty Scranton firefighter was behind the wheel in a crash that sent four people to the hospital earlier this we... 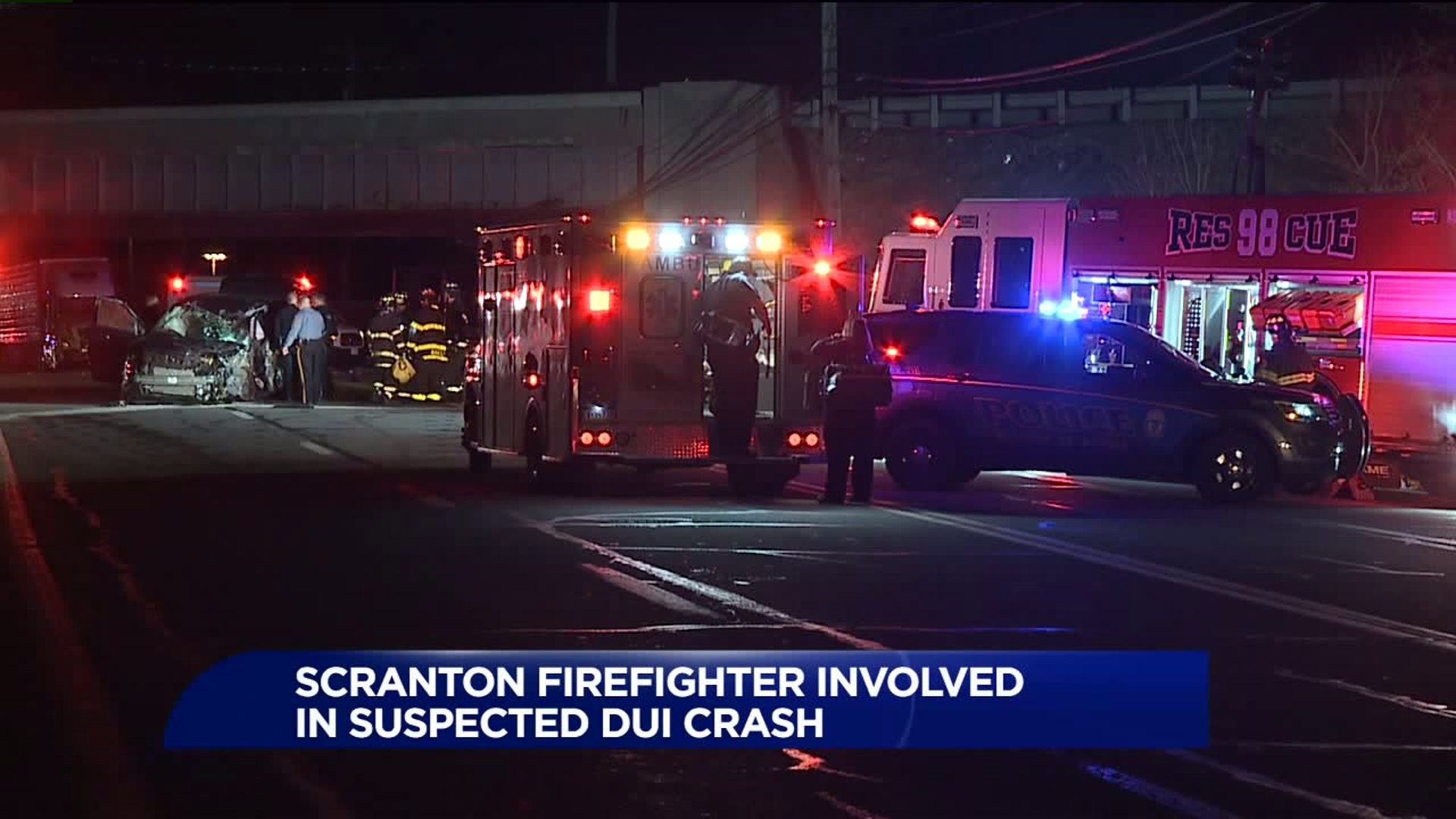 MOOSIC, Pa. -- Investigators believe an off-duty Scranton firefighter was behind the wheel in a crash that sent four people to the hospital earlier this week in Lackawanna County.

Police suspect he was under the influence when it all happened.

The crash involving a Scranton firefighter happened Wednesday on Birney Avenue in Moosic.

According to Moosic police, the four people involved are now out of the hospital.

Video from earlier this week shows the aftermath of a head-on collision involving a GMC Terrain and a Ford Explorer on Birney Avenue.

According to a search warrant, officers found the four people inside the Terrain but not the driver of the Explorer. Paperwork says officers on scene saw a man walking away from the crash.

When officers caught up with the driver, he said he was not sure what happened but identified himself as a Scranton firefighter, coming from a certification class.

He was later identified as Kyle Armbruster and police found a broken bottle of bourbon inside his car.

A witness said he saw Armbruster traveling north on Interstate 81 hitting a barrier then colliding with another vehicle.

After being taken to a hospital, Armbruster changed his story, telling investigators he swerved trying to avoid a deer and hit a wall.

Neither police or city hall would give us any statement regarding whether Armbruster is still on duty, only saying he is a member of the Scranton Fire Department.

Police say the crash is still under investigation.