SCRANTON — Hundreds flocked to the opening day of the Scranton Co-op Farmers Market Wednesday. The market has fed folks in Lackawanna County and supported... 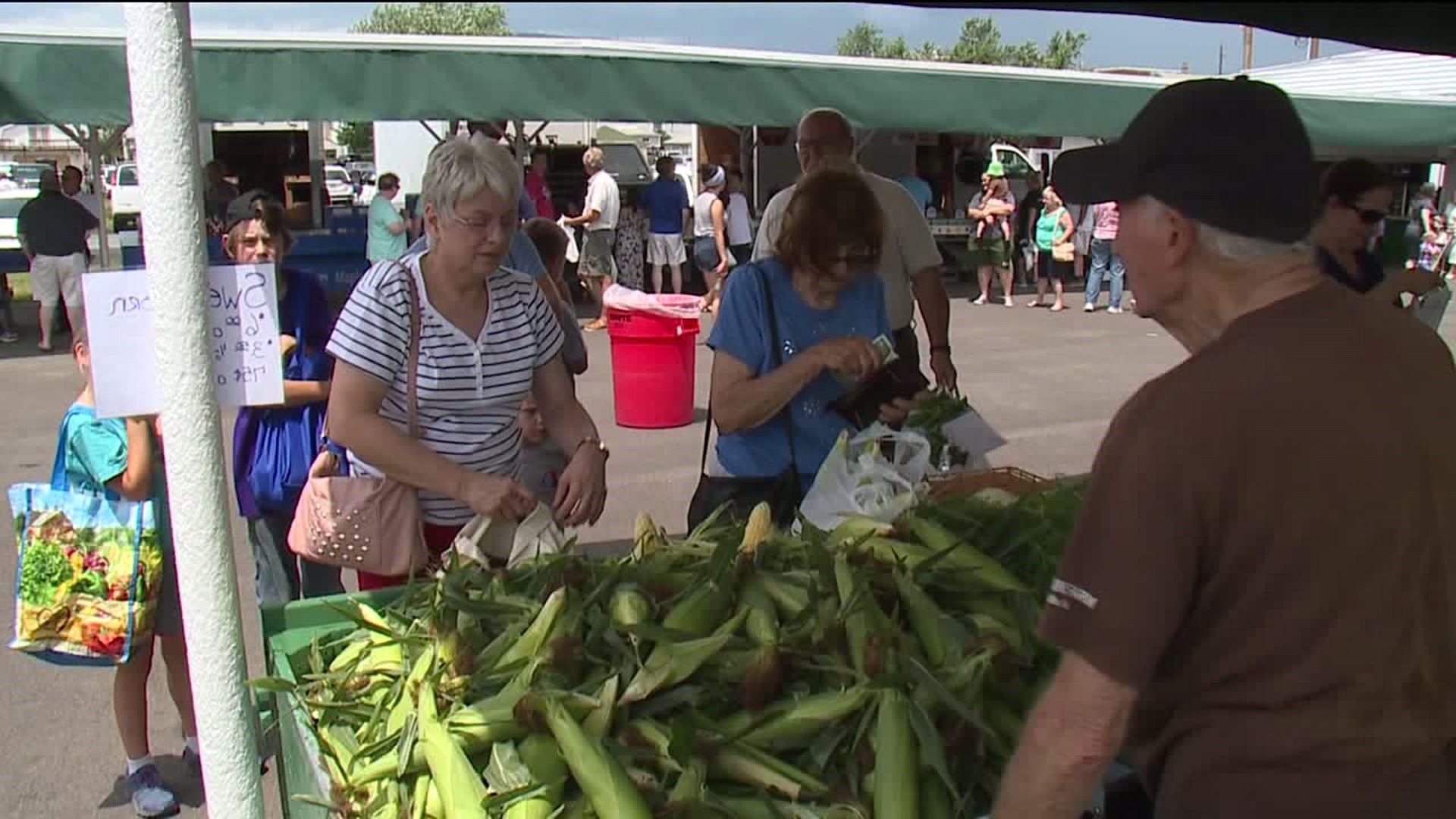 The market has fed folks in Lackawanna County and supported area farmers for 80 years now.

Barring Avenue is typically barren, but for three days a week in the summertime.

"Opening week of the farmers market, and I love this place!" said Patricia Fisher of Dunmore.

There was plenty of produce to choose from, grown and sold by a few dozen different vendors.

"I`m growing my own tomatoes and peppers but they`re not ready yet. So, I`ve got to come and get a few of my own, get some fresh fruit, you know, the honey, I love the honey," Fisher added.

2019 marks the 80th season for the Scranton Co-op Farmers Market.

"Our founding fathers founded this in 1939 way before I was even a thought. But, it laid the foundation for agriculture, for farming, for food, to feed these people in this city. And it was based on all Lackawanna County farmers in the beginning," said Marylee Schirg of Jim's Farm Produce in West Abington Township.

Schirg said since some family farms in Lackawanna County have closed over those 80 years, the market now draws vendors from several counties and even New York State.

"It`s a hard occupation and Mother Nature`s been really tough, but we still have dedicated people that are willing to go that hard mile to bring this stuff in for these people," she said.

The Scranton Co-op Farmers Market runs every Monday, Wednesday, and Friday through Thanksgiving.