SCRANTON, Pa. — Eugene Passarella received nine medals on Thursday for his service as a soldier in World War II. 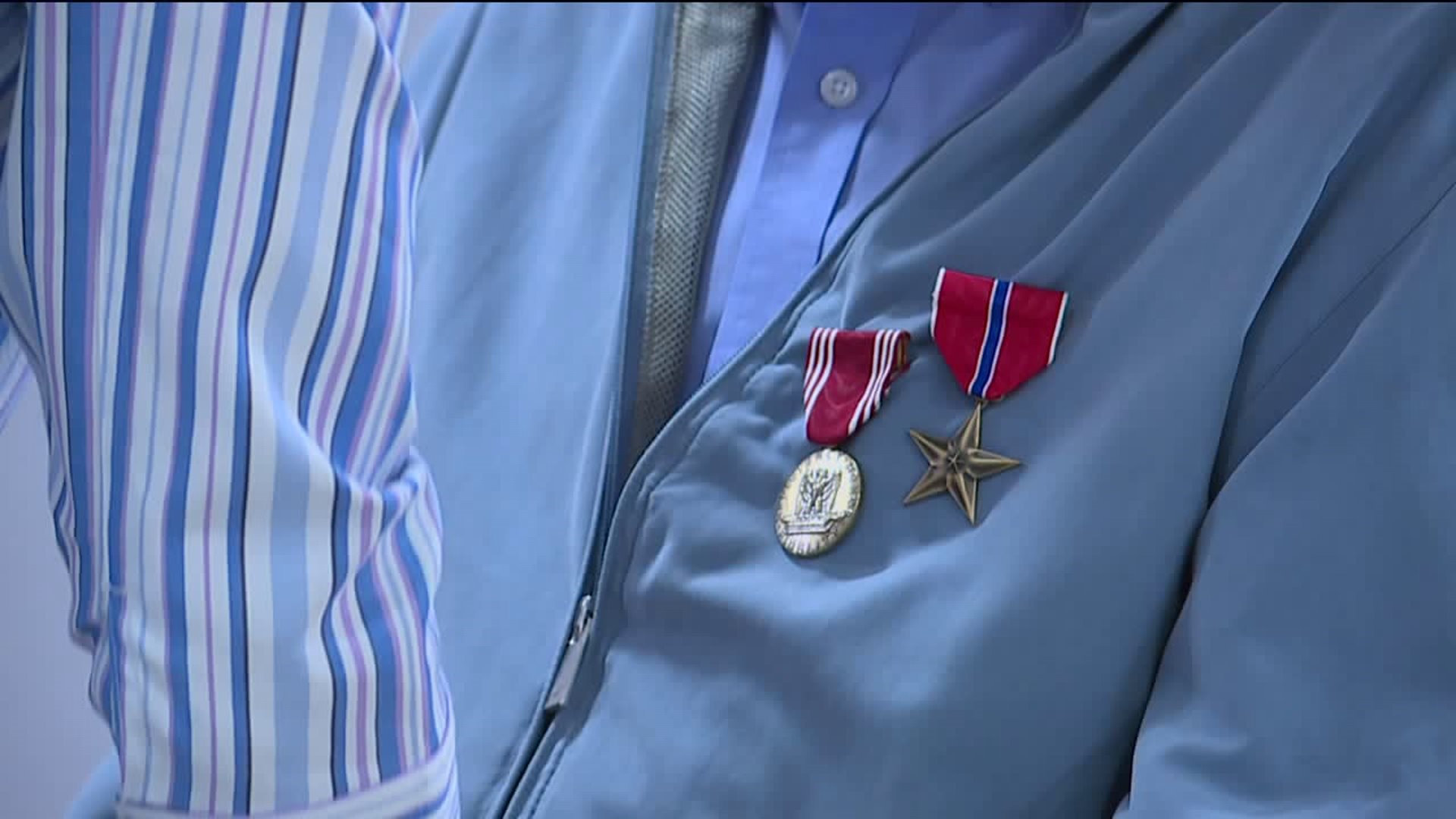 SCRANTON, Pa. -- Eugene Passarella received nine medals on Thursday for his service as a soldier in World War II.

Passarella's military story begins in Scranton in 1943. He turned down a chance to go to college on a music scholarship to fight for our country.

Passarella is the only one of a group of grads from Scranton Central High's class of 1943 still living.

On this day, he remembers them and those he stormed the beaches of Normandy with 75 years ago.

"I was 18 years old and I just wanted to get moving fast, and I was moving fast. I could move fast in those days, not today. But a lot of my friends were killed that day, you know, at my age, 18," he recalled.

Passarella chuckled when the medal pinned on by his wife was for good conduct.

He never received his medals in person after the war because he left a Nashville, Tennessee VA hospital early just to get home to Scranton. When his family tried to get him his medals, much of the proof of service was lost with thousands of other military records in a 1973 fire.

After his service, this soldier turned to a life of music.

Passarella has been performing since the late 1940s as Gene Dempsey, the leader of the Gene Dempsey Orchestra.

While he remembers his fallen comrades on the beaches of Normandy, he also credits the Army turning him on to the big band sound of the 1940s. Gene and his 17-piece band are still performing.

This local treasure and D-Day survivor is already arranging the music for a concert at Nay Aug Park on July 17.