Some businesses in the city are trying to ease parking pains in the hopes that they will continue attracting shoppers to the downtown. 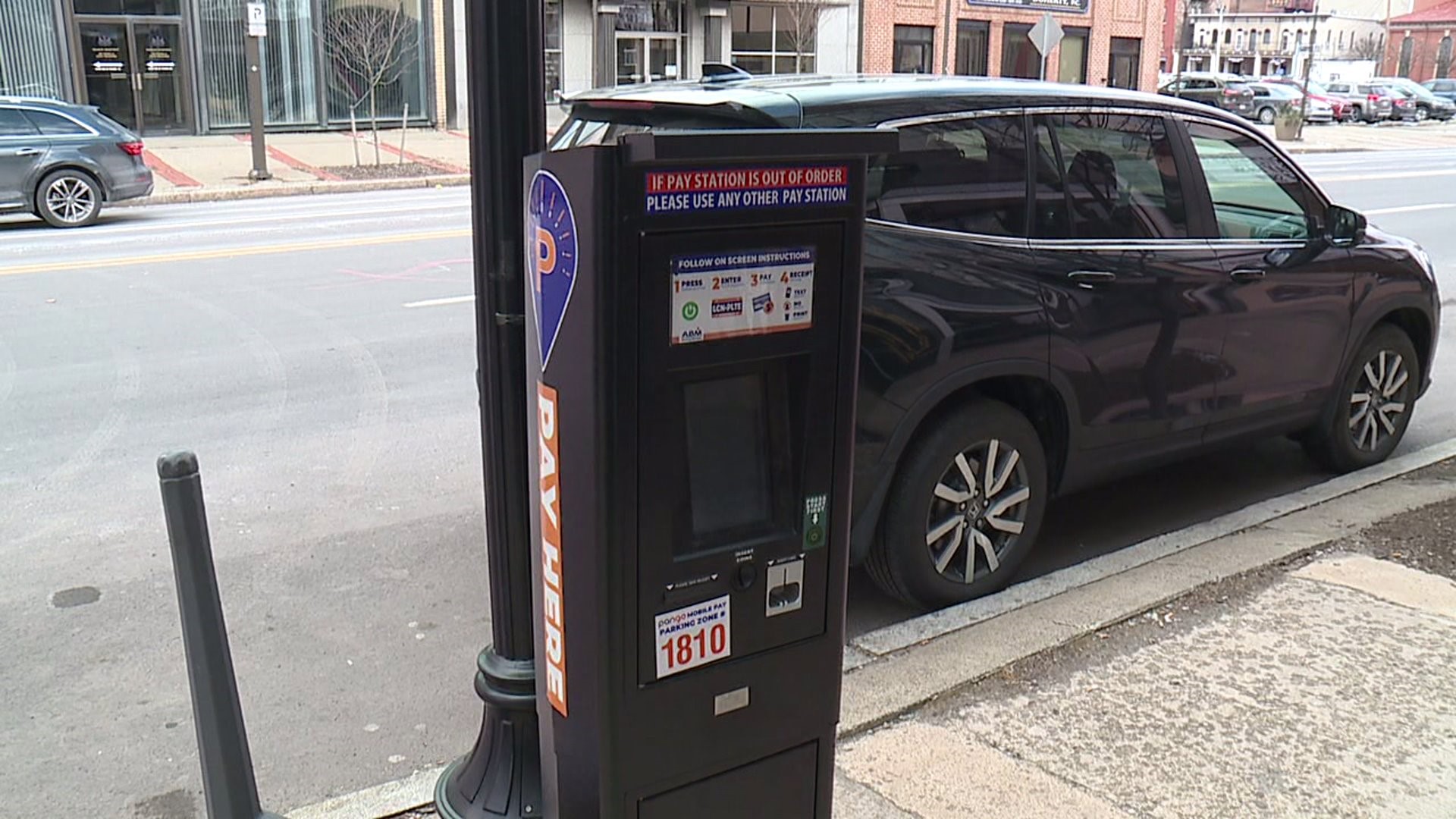 SCRANTON, Pa. — Parking in the city of Scranton went digital this past fall, and not everyone is happy with the new technology or the new price of parking.

Some of the complaints with the new parking kiosks are that the touch screen isn't responsive enough, they don't always accept quarters, and people don't always remember their license plate numbers.

That's why some businesses downtown are offering to foot the bill for their customers.

If you live, work, shop, or dine in the city of Scranton, chances are you've noticed the old parking meters have been replaced with these new touch screen kiosks. And if you don't know how to use them properly, chances are you've walked back to your car to be greeted with a parking violation on your windshield.

"It's inconvenient," said Teresa Ei of Moscow. "If you don't have the app, you have to remember your license plate, you have to get it in correctly. A lot of times they don't work. Some of the kiosks aren't accepting quarters, they're jammed. So if you don't have a debit card or a credit card, you're kind of stuck."

Some business owners we spoke to say that's been happening more and more since the parking system changed in the fall and they're worried it could hurt their bottom line.

"There's not a customer that comes through the door that doesn't comment on the difficulty," said Kathi Davis, owner of Over the Moon on North Washington Avenue.

Davis is one of a few businesses downtown that has started offering to pay for her customers' parking.

"I thought it's silly for me to hear this all the time and nod my head and not do something, you know, to try and counteract it."

Mark Bonfiaglio, co-owner of Noteology on Spruce Street, felt the same way. He's now offering to deduct the cost of parking -- $2 an hour -- off a customer's bill.

"It's very simple, very easy-peezy kind of thing. They come in, they shop, we reduce the bill, and they can go on their way and deal with the parking kiosks and hopefully everything will be smoother for everybody," Bonfiaglio said.

"I think it's a good idea for the businesses themselves so they can get people down. I think it's unfortunate that it's come to that point where they have to do that," Ei said,

"I think that would be great and it would definitely be some kind of incentive to get people to come out of their homes and go shopping," Kyle Salgueiro said.

The businesses just started this promotion, so it's too soon to tell how many people will take advantage of their offer. But everyone we asked downtown said that they would.