Security camera video and images show the robbery last month, including a distictive tattoo on one of the robbers. 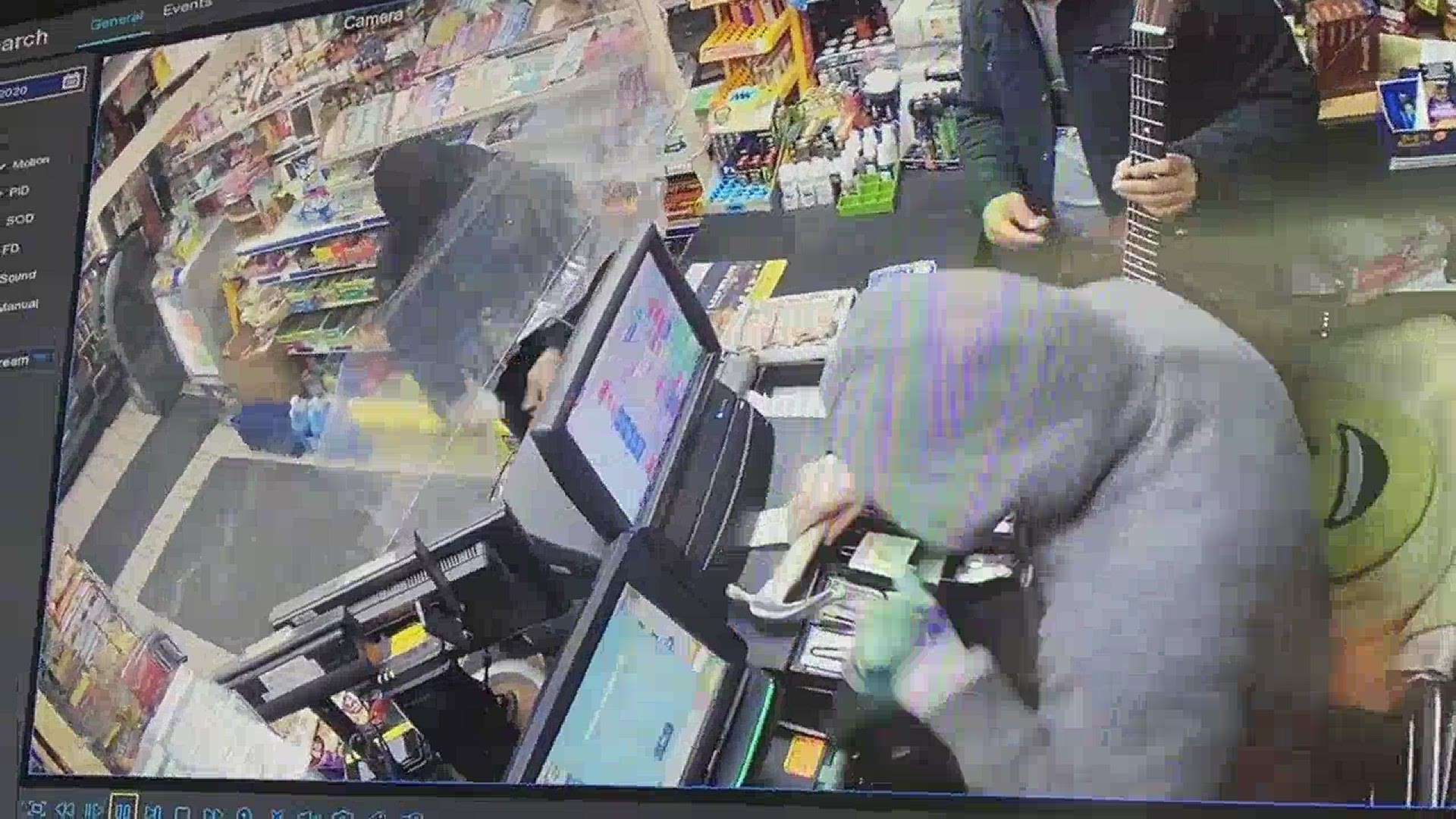 The robbery happened at the E-Fuel Gas Station at 801 Pittston Avenue on December 23.

Investigators said both suspects appeared to have wet paint on their clothing and may have been working in the area just before the robbery.

Detectives noted a distinctive tattoo on the left hand of one of the suspects as he reached into the cash register and stole money during the robbery.