SCRANTON, Pa. — The city of Scranton’s 2020 budget looks to solve a problem that’s left taxpayers owing tens of millions of dollars to the cit... 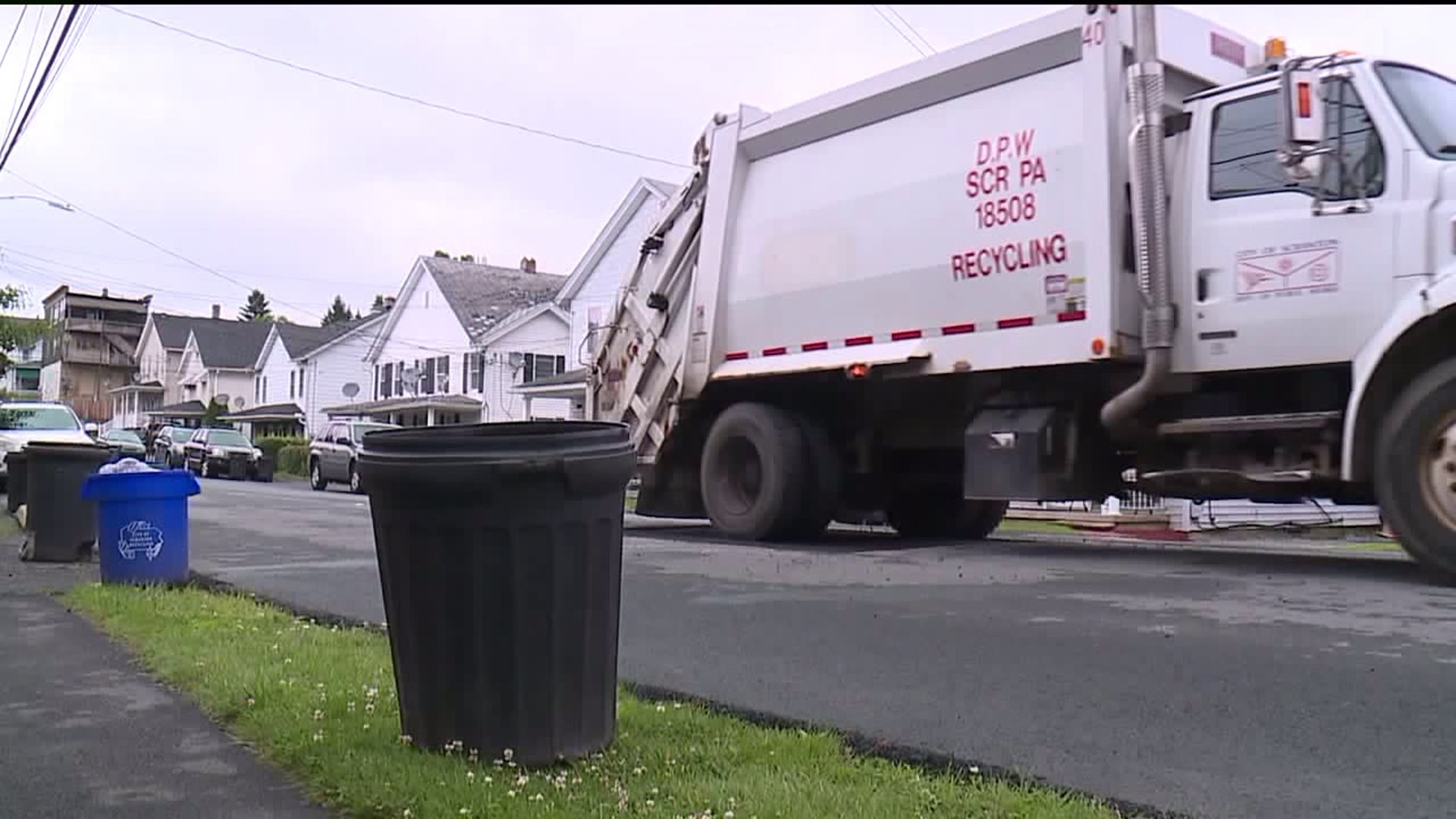 SCRANTON, Pa. -- The city of Scranton's 2020 budget looks to solve a problem that's left taxpayers owing tens of millions of dollars to the city.

The budget proposal would change how the garbage fee is collected, all the while reducing how much each property owner pays.

City Council is reading over the mayor's 2020 budget proposal for the first time Monday night at its weekly meeting at City Hall. The budget needs to be passed by the middle of next month.

The proposal includes a big change to the city's garbage fee, which made big news earlier this year.

Each year, Scranton property owners owe the city $300 for DPW garbage pickup, but earlier this year, it was discovered that so many people were not paying the fee that Scranton is owed about $16 million in delinquent garbage fees.

That news was frustrating for folks, including David Chentry, who says he paid his garbage fee and came to City Hall to gripe about the collection at one of his properties.

"It's unfair, you know? How they can get away with it? If we didn't pay, we'd end up getting a lien put on the house," said Chentry.

The mayor's 2020 budget proposal looks to solve that garbage fee dilemma. Mayor Wayne Evans wants to tack the garbage fee onto the property tax bill, which means more taxpayers, including businesses, will share the burden.

"We don't even know what the universe is when it comes to the garbage tax. We have so many people who aren't paying it who should be paying it. It will be spread across the entire, everyone who has a parcel number, will pay the $250," the mayor explained.

Evans says property taxes have a collection rate of around 90 percent compared to just 60 percent for the garbage fee.

Evans held a news conference with Mayor-elect Paige Cognetti, who takes over in January. Cognetti says she supports a change that would make it a bit easier for people who already pay the fee.

"There's that feeling of nickel and diming as we charge, different pieces of paper that are floating around everyone's house all year. That type of thing doesn't feel good, even if it is the same amount of taxation," Cognetti said.

As for the $16 million owed from delinquent garbage fees, Mayor Evans says he's not giving up on collecting that.

"That's not going away until we get every nickel we can get out of it," said Evans.

The garbage fee change and the entire 2020 budget proposal still need approval from City Council. The Council is expected to vote in a few weeks on the budget.