SCRANTON, Pa. — It doesn’t quite feel like the Fourth of July until we hear that big boom in the sky! People we spoke to say there’s no better... 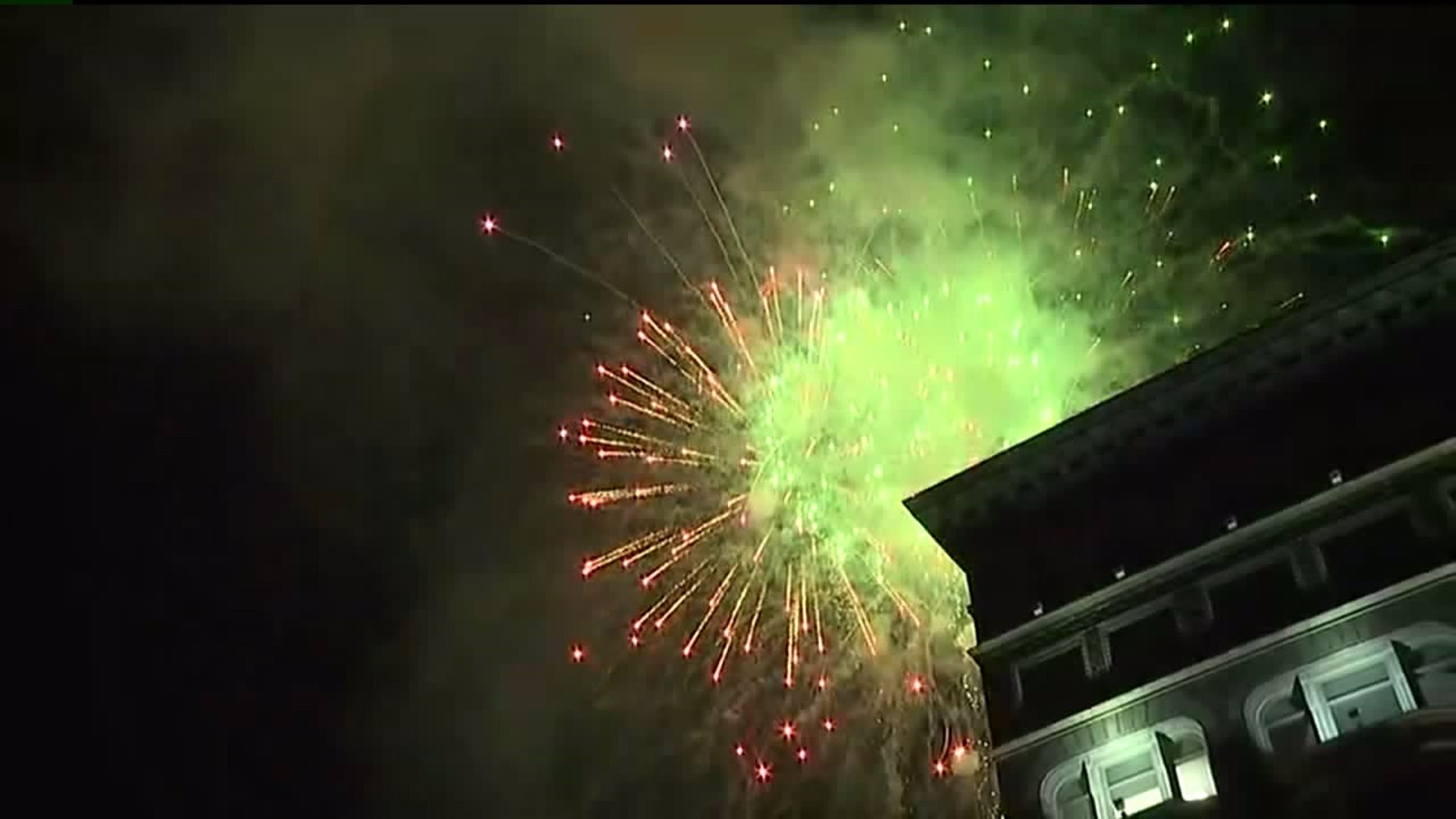 SCRANTON, Pa. -- It doesn't quite feel like the Fourth of July until we hear that big boom in the sky! People we spoke to say there's no better way to celebrate the nation's birthday than with the Scrantastic Spectacular.

"They put on a great show. I mean it lasts probably a good 40 minutes. We have a great view. It's a beautiful night, so why not," Karen Novak of Justus said.

Families dressed up in red, white, and blue for the fair on Courthouse Square.

"We walked around. It's a little warm, but everything is warm because I'm pregnant, but it was good. We heard some music and we bounced in the bouncy house," Kari Benton of Minooka said.

It was a sweltering hot day for the eighth annual Scrantastic Spectacular. Lots of people were cooling off with some smoothies. Jeremy Evans of Incredible Popcorn was making ice-cold smoothies all night.

"It's been great. It's been hot so smoothies are going out the doors like hot cakes," Evans said.

There were more than 100 vendors at the fair. Some of them had to worry about the heat ruining their products. Candy Queen had to work around the hot sun so that its gummies wouldn't melt.

"I've learned. I just put a few out on the table and I keep the rest underneath, and with shading, it seems to work out that way," Susan Porzucek of Candy Queen said.

Other vendors were raising money for a good cause. Roberta's Boutique held a raffle. The proceeds went to the Northeast Autism Center, which had a personal meaning for Roberta Walcott.

"I've taken in kids from the state and I've adopted three, one of which is autistic, and he has other special needs. We just need to branch out and help others," Walcott said.

Yogi's Potato Pancakes has been a part of the Scrantastic Spectacular since it began.

"We just love doing it. It's been a family tradition. We just love coming out and seeing everybody we've seen for years past," Michael Jagodzinski of Yogi's Potato Pancakes said.