SCRANTON, Pa. — A video posted by a fourth-grade student on Facebook about being bullied that went viral has gotten the attention of Scranton School Distr... 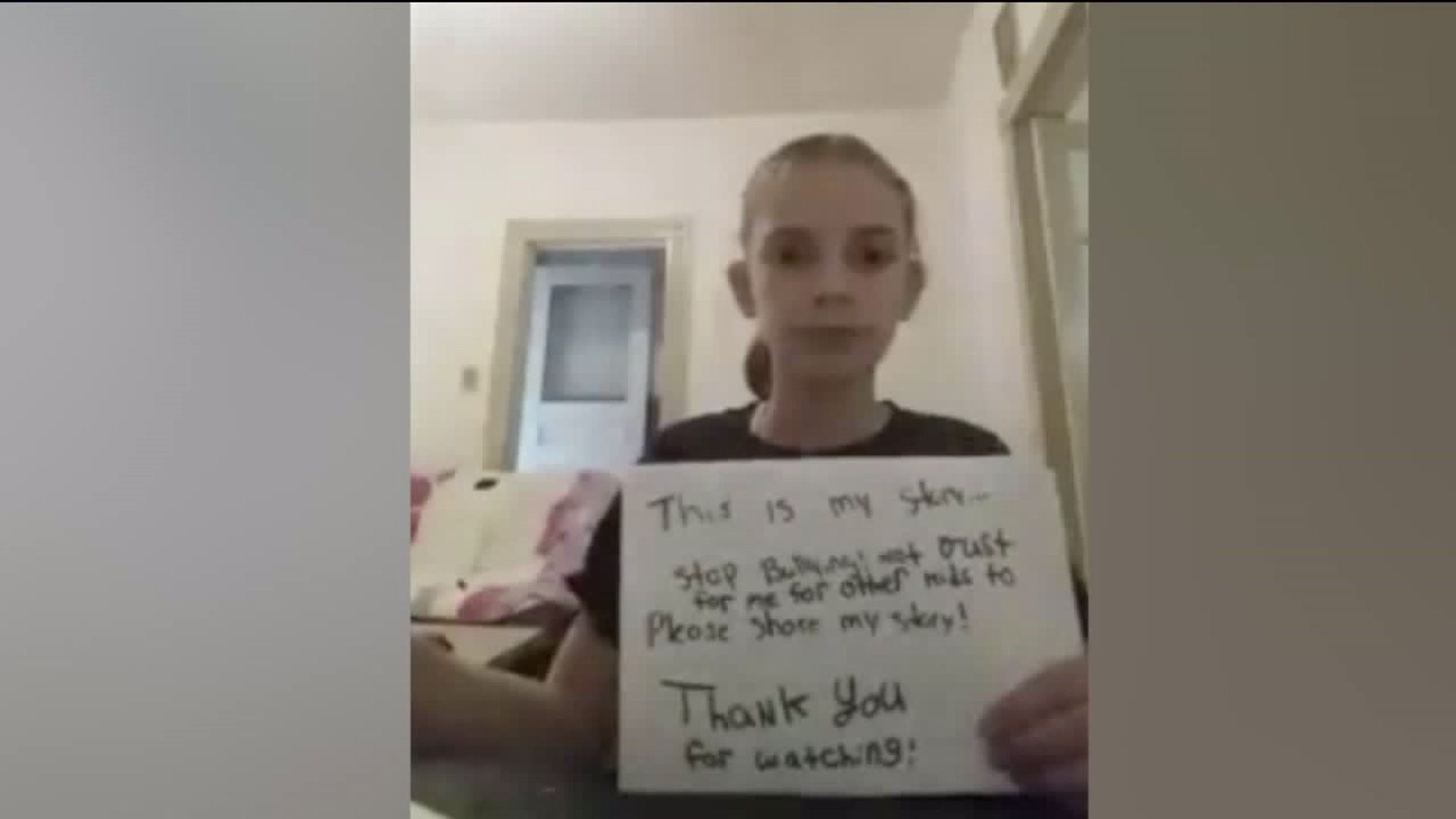 SCRANTON, Pa. -- A video posted by a fourth-grade student on Facebook about being bullied that went viral has gotten the attention of Scranton School District officials.

Thursday night, the father of 10-year-old Cassidy Warner met with the superintendent to work on ways to stop the harassment of his daughter.

In a video posted to Facebook by Cassidy Warner, the 10-year-old fourth grader heartbreakingly outlines the bullying she's endured since the 1st grade.

The John Adams Elementary student tells the world what's she experiences at school without saying a word.

“People have been calling me names, people have kicked me, thrown snow at me, pulled my hair, spilled milk all over my jacket,” said Cassidy.

Cassidy's father, James Warner had no idea Cassidy had made that video and posted to her Facebook page.

“And, then once I viewed the video, it was just heartbreaking,” said James. “Like, I had no idea that my daughter was actually suffering that much pain every day.”

After posting the video last week, it went viral, getting 22,000 views before Facebook took it down since the social media site doesn't allow those under 13 to have an account.

However, Cassidy's mother reposted it, already getting more than 30,000 views at the time of this post.

And it has also gotten the attention of the Scranton School District.

“We discussed certain things that are going to get changed, actually did get changed for Cassidy at the school,” said James. “Different recess time, different lunch time. We put a safety plan into effect.”

Both Cassidy and her father say this wasn`t about taking the district to task but getting kids to be nicer to each other.

“I'm extremely proud of her for her to deal with it every day and to come home and make a video like that to get the message out there,” said James.

And it appears it's already making a difference.

“A bunch of kids today, since like they've seen my video, a bunch of kids came up to me and gave me hugs today at school,” said Cassidy.

The superintendent tells Newswatch 16 the district has a four-pronged approach to dealing with bullying: