SCRANTON, Pa. — About 48 hours after the Scranton School Board picked a new member to fill a vacancy, there’s controversy over the appointment. New ... 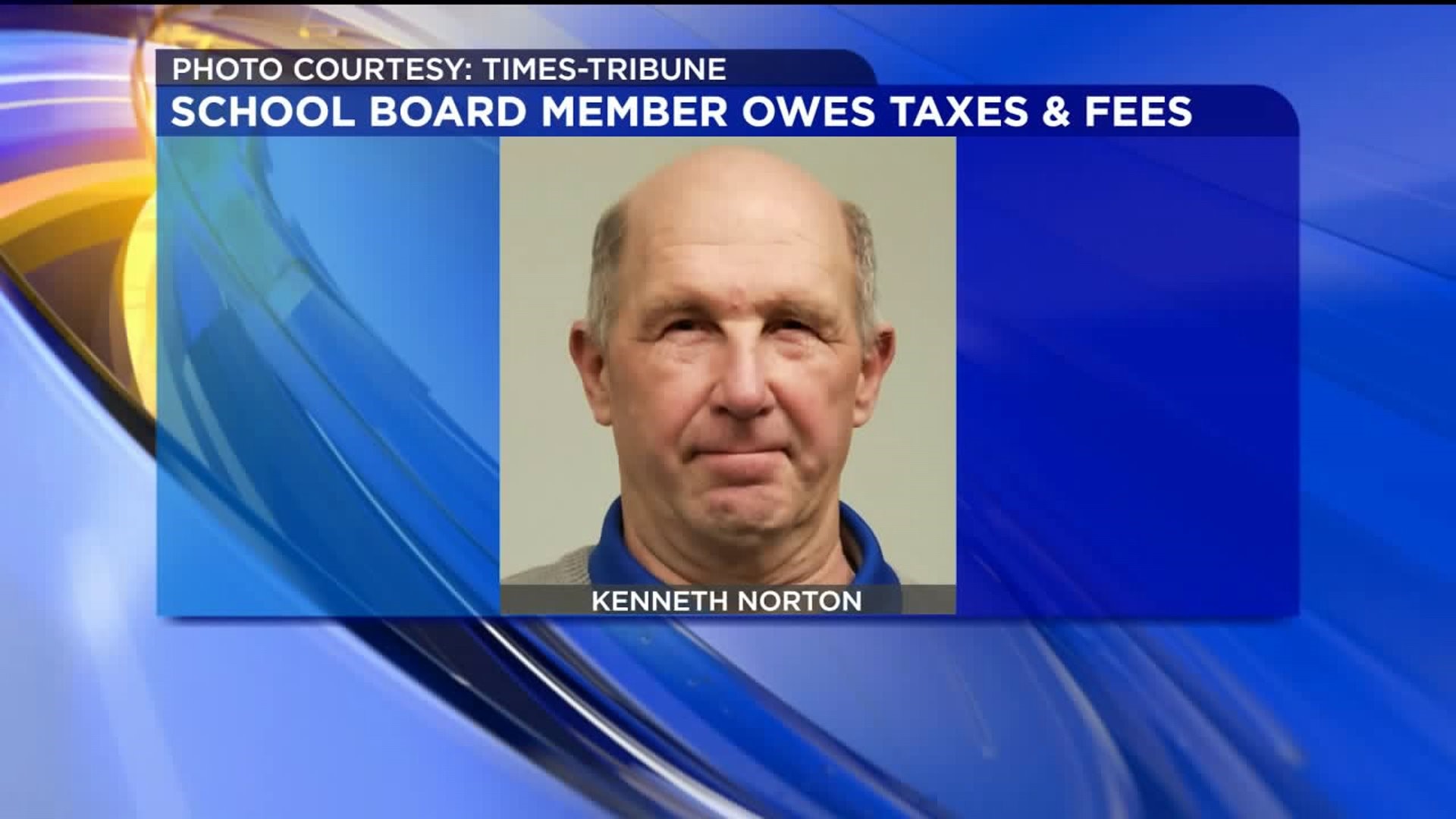 SCRANTON, Pa. -- About 48 hours after the Scranton School Board picked a new member to fill a vacancy, there's controversy over the appointment.

New board member Ken Norton has hefty bills in back taxes and fees -- a bill he tried to make good on Wednesday afternoon.

The Scranton School Board is already struggling under the weight of the state's financial recovery status and a criminal investigation.

Now, the appointment of the newest member of the board is raising the question: should a school director owe money to the district he represents?

Newly minted Scranton School Director Ken Norton didn't want to talk on camera when we found him at the Lackawanna County Tax Claim Bureau starting a payment plan for the county and school taxes he owes.

We found newly appointed Scranton School Board member Ken Norton making a payment at the Lackawanna Co. Tax Claim Bureau this afternoon. He went on a payment plan, making a dent in a total of $27,000 in property taxes and garbage fees. @wnep pic.twitter.com/jveepSkv1C

Sources tell us Norton visited the Scranton city treasurer's office, too, making a dent in his city taxes as well as in the whopping $22,000 he owes in delinquent city garbage fees.

Norton was appointed to fill a vacancy on the school board Monday night.

By Tuesday, board members learned that he owed a total of $27,000 in property taxes and fees, including about $2,500 to the school district.

"This isn't going to help us at all because this is a total distraction," said Rosemary Boland, president of the Scranton Federation of Teachers.

Boland is calling on board members to take a closer look at board candidates.

Board members we spoke to say they were surprised by the news of Norton's delinquencies and that neither the state nor the Scranton School District require applicants to disclose financial information.

Board member Katie Gilmartin says she thinks the board should change its policy.

"We need to work now. Their advice was to work with our solicitor to figure out what legally we are able, what information we are able to ascertain from these candidates," said Gilmartin.

Gilmartin says since Norton is now making payments, he shouldn't lose his seat, but his appointment should be a learning experience for the Scranton School Board.

By making a payment on his back taxes, Norton avoided a tax sale on his property that was scheduled for September.