SCRANTON, Pa. — Demolition began this week on the old Scranton Lace Company building. People who worked at or lived near the old factory came to watch it ... 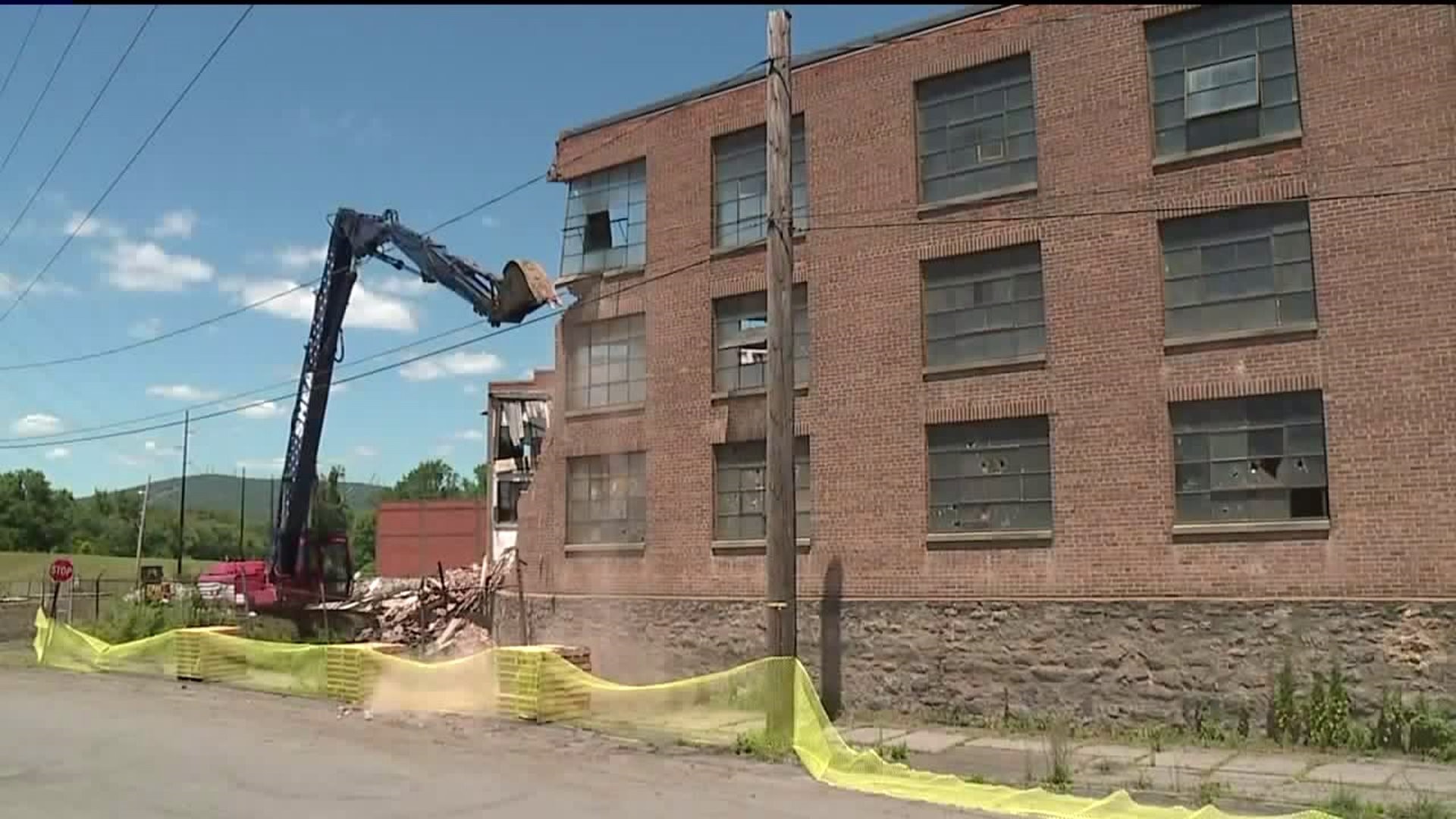 People who worked at or lived near the old factory came to watch it come down.

Demolition began Thursday at the old factory. Townhomes and businesses are planned for this spot.

People we talked to welcome that development but first, they wanted to say goodbye to an icon.

A demolition crew off Albright Avenue in Scranton had an audience. Some stopped just to take a picture; others watched for a while. After all, they are tearing down a piece of Scranton history and a piece of the personal histories of many who stopped to watch Scranton Lace come down.

"My dad returned from World War II. He was an accountant, my mother was a secretary, and they met here. One look my mother gave my dad and she said, 'this is the man I'm going to marry,'" said Mark Lynn.

Mark Lynn's parents have both since passed away. The old factory reminded him of them in their younger days.

Sharon Kitch spent her younger days across the street. Her family's home faced the lace factory.

"I can still hear the looms at night, if only I could imitate the sound. But, it didn't keep you up at night because you just got used to it," Kitch said.

"I started in the shower curtains, plastic department, I was there for 12 years and then I went into the lace. That's where I worked until I left there. It was beautiful, beautiful," Batyko recalled.

But all admit that the old factory has become an eyesore and welcome development here.

There are plans to build townhomes, apartments, and businesses in the spot.

"I hope that something goes in that's going to help the community and will obviously be better to look at. The building is not in good shape," Lynn said.

Development is still a long way into the future. The demolition crew says it could take ten months to tear down the entire factory.