Santa Has A Beautiful Answer to Young Boy’s Special Request

SCRANTON, Pa. — A boy from Luzerne County visited Santa Claus with a request impossible even for St. Nick. And though the boy won’t be getting what ... 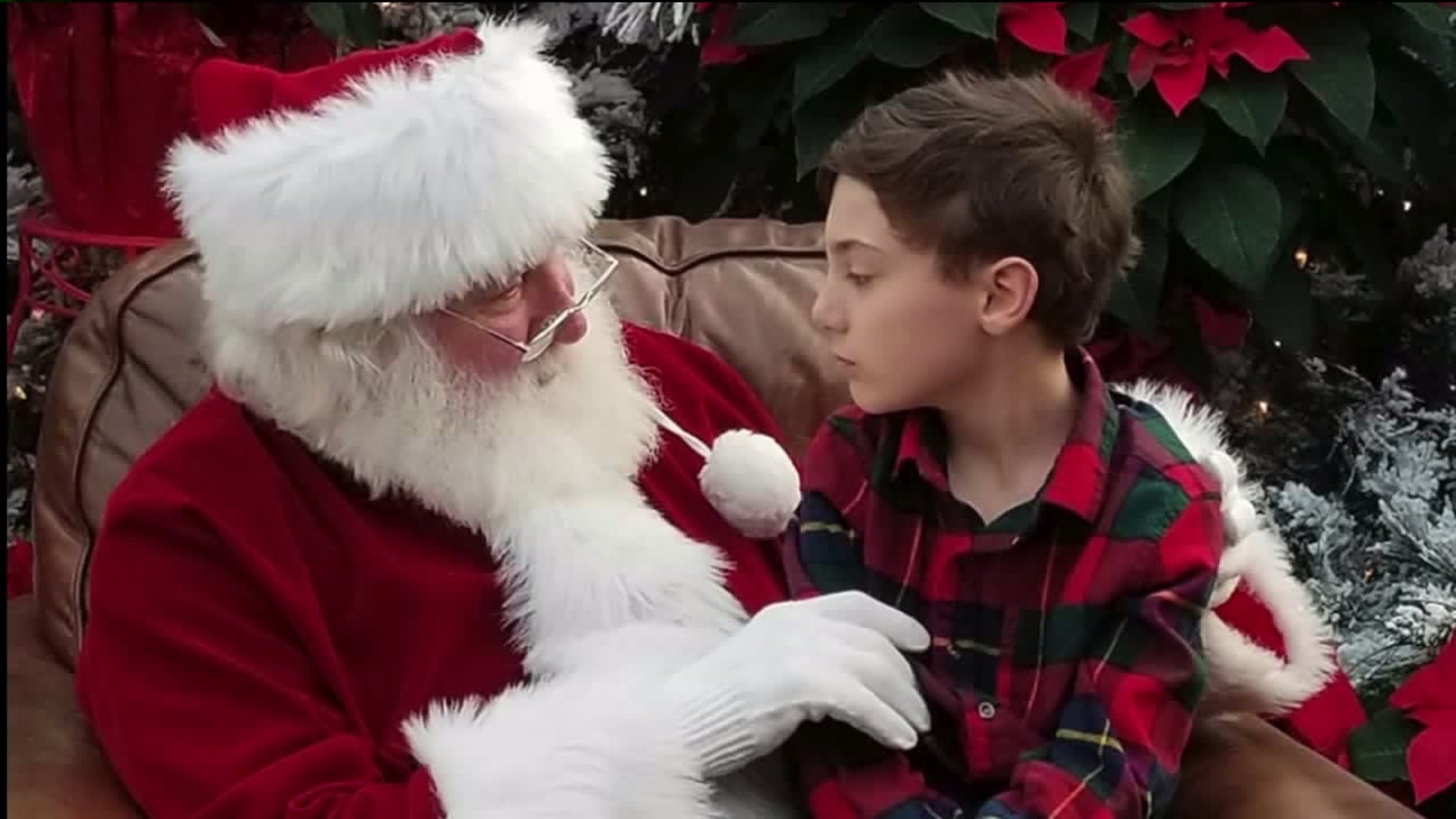 SCRANTON, Pa. -- A boy from Luzerne County visited Santa Claus with a request impossible even for St. Nick. And though the boy won't be getting what he really wants for Christmas, Santa's response gave the boy and his mom something they needed.

The holidays can be tough if you recently lost someone, and 9-year-old Chris Nat admits it's been tough since his dad passed away in April.

That's what compelled him to ask Santa something that would leave most grownups speechless.

They say a picture is worth a thousand words, but the words shared when the picture was taken have been priceless for 9-year-old Chris Nat and his mom Sandy.

They lost their dad and husband John back in April.

On a weekend visit to Corky's Garden Center in Scott Township earlier this month, Chris was compelled to ask Kris Kringle for the number one item on his Christmas list.

Chris told her afterward what Santa had to say.

"Santa told him that Santa makes the toys and God makes the angels, so he can't bring your dad back, but he misses you and he'd be here if he could," Sandy Nat said.

Sandy says Santa's answer stopped her in her tracks.

"When he told me that, I started to cry, and he said, 'Mom, I'm so sorry I upset you.' You didn't upset me, it's just that I never met Santa before today," Sandy said.

We tracked down Santa at his house in Scranton. If kids have any doubt that he's the real thing, he has a driver's license and lots of photos to back it up.

Over the years, Santa's heard a lot of tough questions.

"This is probably the third time I got it, and once was at the mall, and it was a little girl. And she asked the same thing, she wanted her daddy back," Santa recalled.

The answer then was the same as now and instinctual.

"I just told her, 'God makes angels and I make toys. That's our agreement, me and him.'"

Some things are impossible even for Santa Claus, but the big man in red can answer some of life's toughest questions.

"It's tough. Christmas, along with it being happy, it's also sad for a lot of families, you know? It's a very big emotion, and I try to pick them up the best I can."

Chris and Sandy say Santa gave them their Christmas back it will be a tough holiday to get through. But not impossible.

"Santa's magic and our kids know Santa's magic, so he can do anything, but he just can't do this. But, we know dad is always there in our heart."

Chris did have some other requests for Christmas. He loves Fortnite, and he would like a PS4. I have a feeling Santa is going to come through this year.