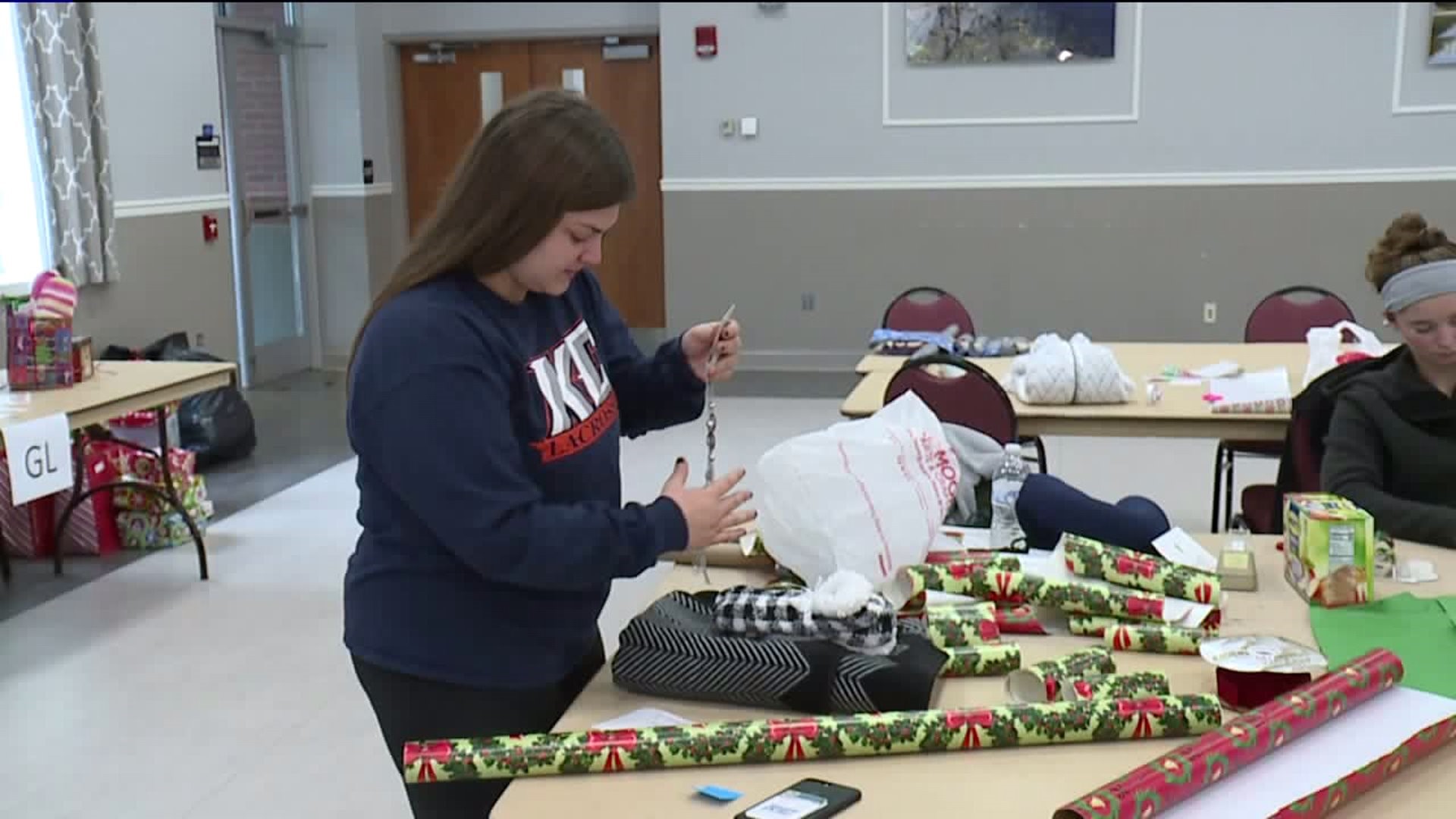 KEYSTONE COLLEGE -- Students at Keystone College channeled their inner elf as part of an annual holiday tradition. The group wrapped more than 100 gifts o afternoon. They're for seniors at two nearby nursing homes.

"I see how big a deal it is when somebody comes to visit, and I can tell, probably 50 percent of these seniors, this is probably the only gift they'll get this year. That nobody really visits them, they don't have a lot of family, and you can tell whose entire season is going to be made just by getting a gift," Terry Wise said.

Wise is a retired Keystone professor, but she still returns to the school every year for this event, called Santa for Seniors. It was one of her students who started the tradition 16 years ago.

They probably won't slide down any chimneys, but Terry and a group of students will hand-deliver the gifts to seniors at Meadow View Health Care and Gracious Living Estates, both in Montrose.

"They love it. especially when they get, you know, just right the color they asked for or just the right blanket. Or they've been craving those Hershey drops, so they get the chocolate they've been looking for. It's funny some of them want chips, things that they probably don't get on a regular basis. They just want some of those ordinary things," said Wise.

Daphne Leenas is a senior at Keystone College. She's originally from New Jersey, but she wanted an opportunity to give back to the place she's called home for the last four years.

As an added bonus, the gift-wrapping party provided some stressed-out students with a study break during finals week.

"It's definitely a big stress reliever," said freshman Miranda Mascia. "I enjoy wrapping gifts, so definitely for me, I don't have finals until later today, so this is a great way to spend my time and relax and kind of get those finals off my mind."

And helping others on the mind this holiday season.