DUNMORE, Pa. — A runaway bulldozer heavily damaged part of a home in Lackawanna County on Thursday. 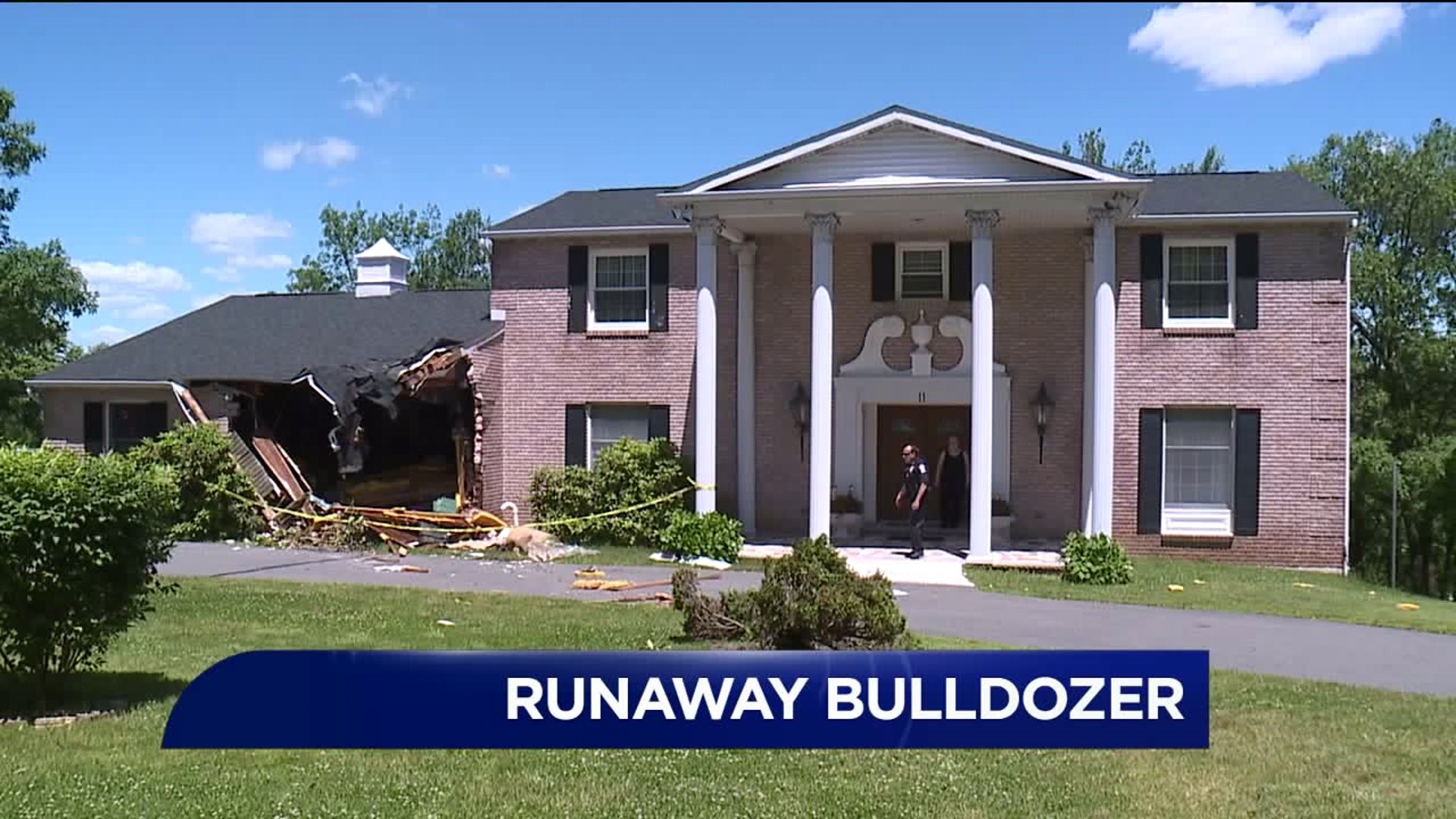 Police tell @WNEP the operator of this bulldozer was thrown out and the bulldozer continued down a hill and smashed directly into a garage across the street in Dunmore. pic.twitter.com/nMMo985NUo

DUNMORE, Pa. -- A runaway bulldozer heavily damaged part of a home in Lackawanna County on Thursday.

"I came out on the porch as it hit the house then all of a sudden it backed up," said Frank Gillette.

Gillette tells Newswatch 16 he is getting tired of picking up the pieces of this home.

A tornado damaged his roof last year and now, a runaway unmanned bulldozer crashed into his house in Dunmore.

Gillette and three family members were inside when they heard a rumble.

"The whole house shook so when I opened the door, the dozer was just hitting the garage," Gillette recalled.

Police say the operator of the bulldozer was thrown out and into the garage. The homeowner saw the whole thing.

Dunmore police say the operator of the bulldozer tried to the stop it, but fell off and was hurt.

"In the beginning, I was saying, 'what the hell is the guy doing out here anyway?' and when I looked, there was nobody in there."

But then this story took an amazing twist: Gillette says as the bulldozer smashed into the garage, a piece of plywood snapped the wood then smashed through the windshield, hit the shifter putting the bulldozer in reverse.

The dozer then went back up the hill and finally stopped.

Not only did the bulldozer wreck the garage, Gillette says the runaway bulldozer damaged his collection of trains and his riding mower.

"The house next to us just burned and now a bulldozer through the house so we are doing fine, I guess we are batting 100," Gillette said.

The Gillette family is again left to the damage to their home.

They're also thankful for the piece of plywood that put the bulldozer in reverse before it could cause any more damage.