SCRANTON — A tire warehouse in Scranton, destroyed by a massive fire, is coming down. Fire crews in Scranton have been on the scene of that fire at Sandon... 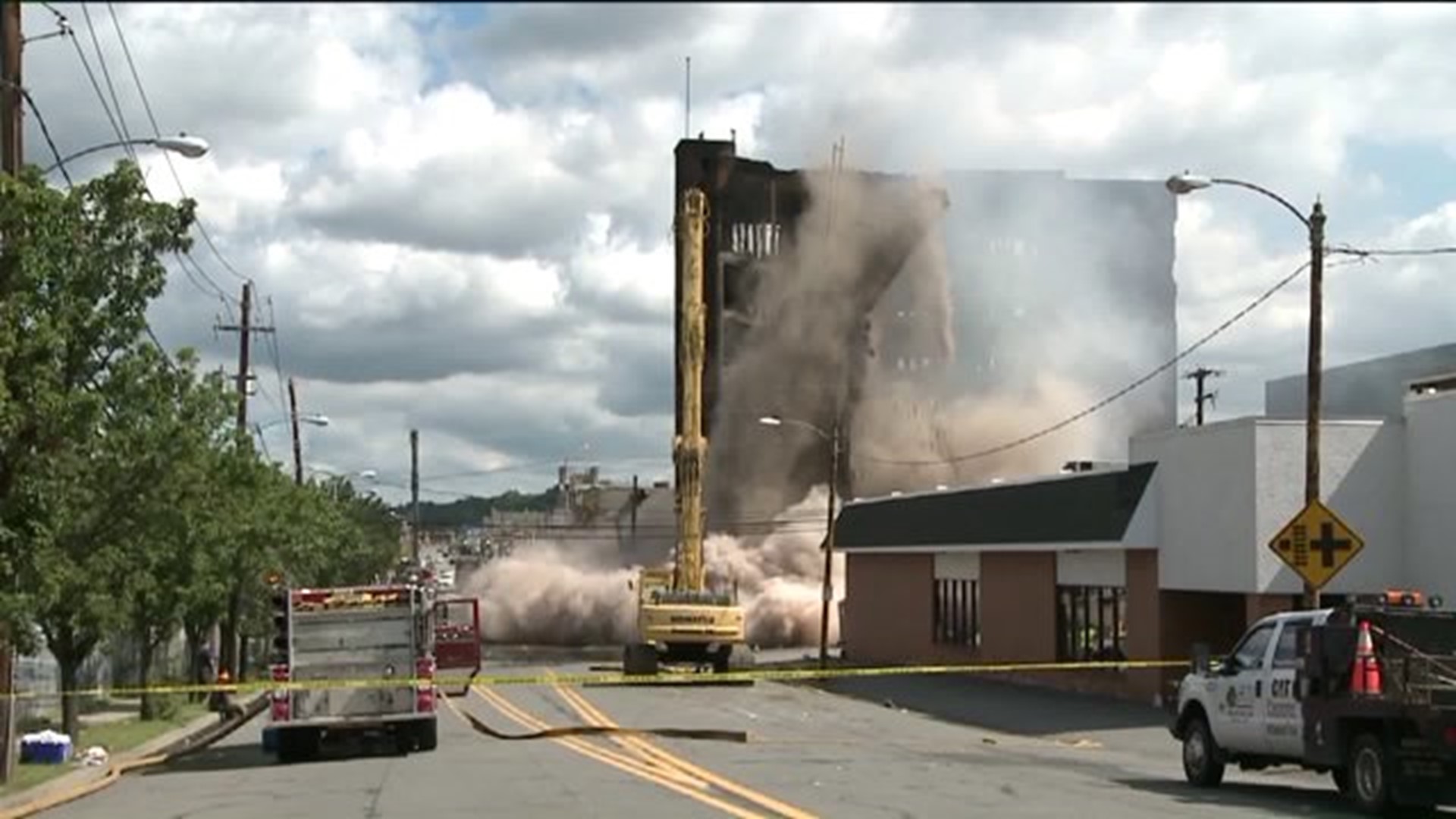 SCRANTON -- A tire warehouse in Scranton, destroyed by a massive fire, is coming down.

Fire crews in Scranton have been on the scene of that fire at Sandone Tire's warehouse along Wyoming Avenue since Wednesday evening.

Now that building which housed more than 50,000 tires is being torn down.

It's day two of demolition at the Sandone Tire warehouse on Wyoming Avenue and Friday morning crews knocked down one of the remaining towers of the warehouse.

Hoses have been pointed at Sandone Tire's warehouse since Wednesday evening.

As crews arrived for day three of firefighting, it was the demolition crews with the hoses, the water pressure knocking out loose bricks on the front wall.

Then, an excavator gave a simple tap and one of the remaining towers and most of that front wall came crashing down followed by a cloud of dust.

Kept at a safe distance, many people were around to watch.

John Young followed the cloud of smoke all the way from south Scranton.

"Four blocks up you can still see debris. It's all over the place. One of my friends is actually down by the jail and they're saying there's debris all the way down there. It's unbelievable," Young said. 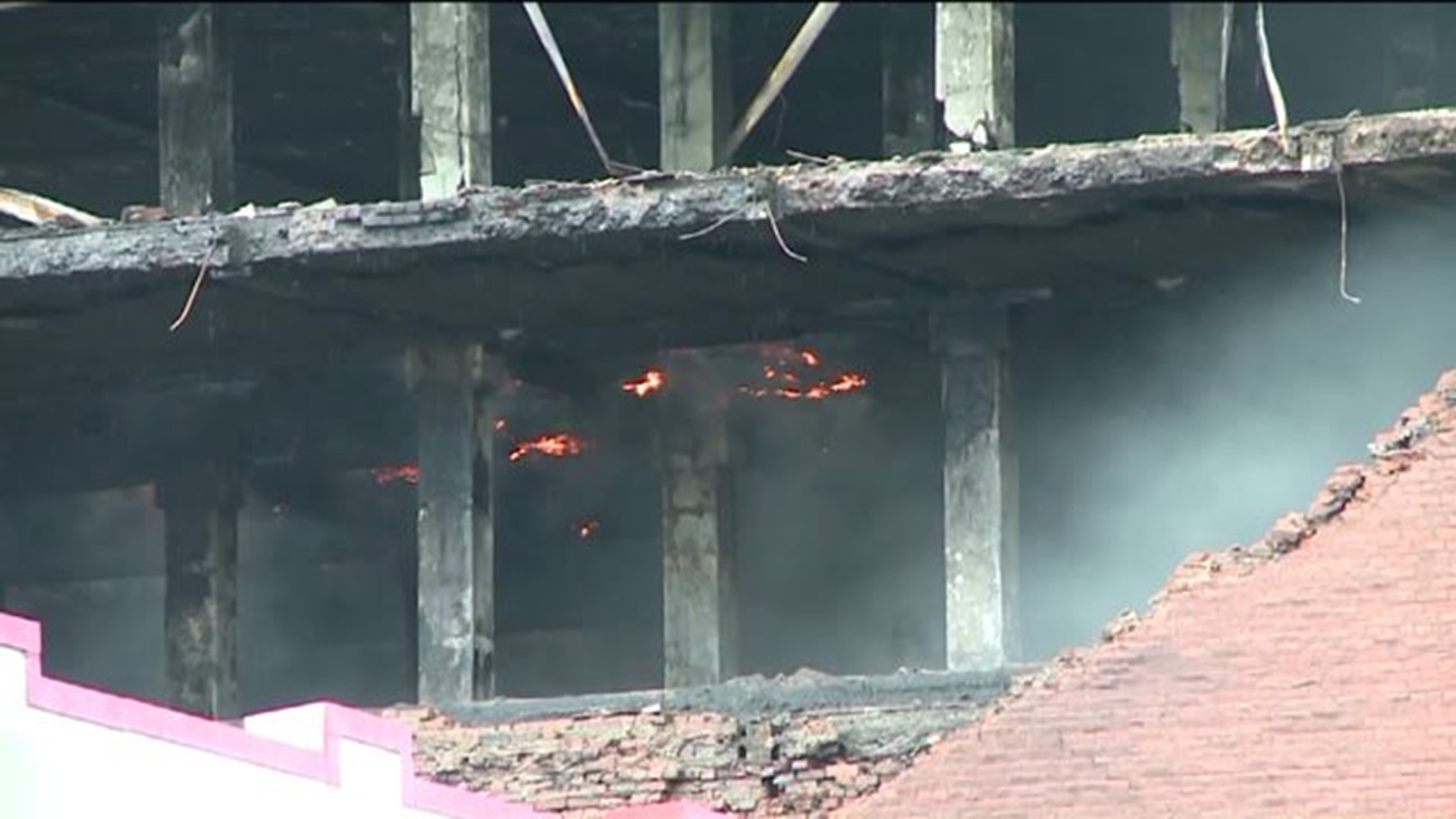 The rest of the demolition won't be as simple.

"It could be a couple more days before everything is brought down to a safe level and we can get everybody fully restored in that area and the businesses back open and things like that. Our presence here could be another week, we don't know, we will just have to see how the demolition process goes," said Scranton Assistant Fire Chief Jim Floryshak.

When that front wall came crashing down, it took a lot of the building with it, but demo crews say it will still take days to take down the rest of the building, and weeks to clean it all up.

In the meantime, the business that used to be here is already back up and running.

Sandone employees were able to get computers out of the retail storefront. The company's owners watched the demolition feeling more confident than they did a few days ago.

"A lot of stuff is business as usual, the exception is the inventory, which we don't have and we lost the majority, a great majority, of our inventory," said owner Mike Sandone.

Other businesses are still seeing the consequences.

Cooper's Seafood House was forced to close for a second day. Folks who live near Sandone are getting sick of the smell, but they also know what was prevented here.

Back of the warehouse from Cooper's parking lot @WNEP pic.twitter.com/VWdIiUvd05 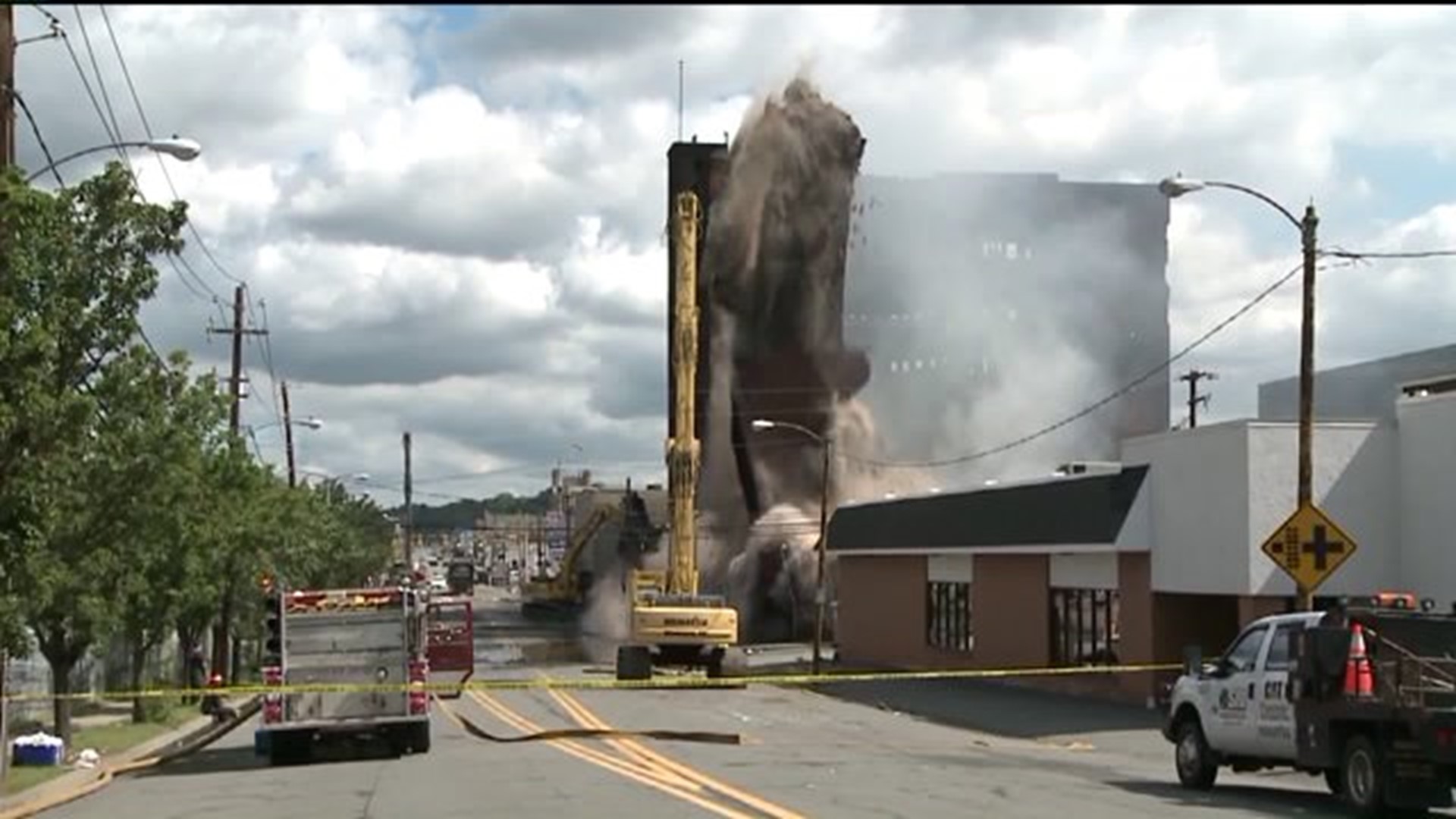