SCRANTON — When settling in for an hour of relaxing yoga, a slight breeze is always nice. And there’s no shortage of it almost 100 feet off the grou... 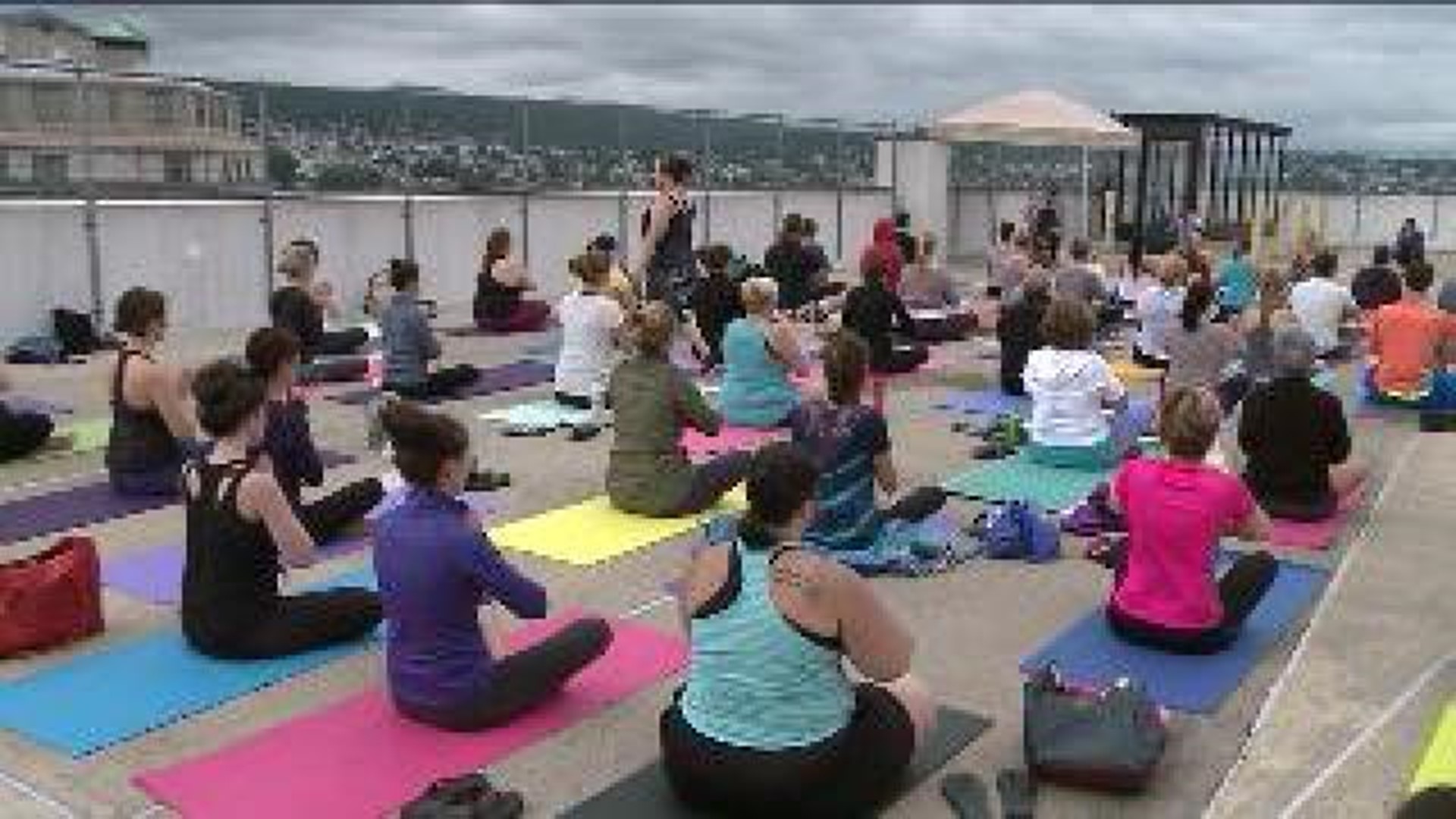 SCRANTON -- When settling in for an hour of relaxing yoga, a slight breeze is always nice. And there's no shortage of it almost 100 feet off the ground.

More than 100 people stretched their limbs doing yoga on the roof of the Medallion Parking Garage in downtown Scranton. At eye level with some of the tallest buildings on Courthouse Square, if the heights made the yogis uneasy at least there was classical music to calm the nerves.

"The music just really brings it all together, it's so soothing, and it's great for the Philharmonic and its great for the yoga studio," said Michael Ley of Laflin.

Each of the yogis made a donation to the Northeastern Pennsylvania Philharmonic. Organizers have never held this type of fundraiser before, or had this type of audience.

""We wanted to use this opportunity to reach a whole new generation and a whole new group of people who maybe have never been to the orchestra before and don't know about the Philharmonic," said Carol Nelson Dembert of the NEPA Philharmonic.

Cellist Jeremy Lamb from the Philharmonic enhanced all the ambient noise you typically hear high above a busy downtown street.

"Whether it was going to rain or if it was going to shine today we were going to be here on the roof. So all the sounds, the winds, the sounds of traffic, sirens, birds, it all adds something to the practice. Because in this moment, you can't recreate it," said yoga instructor Hilary Steinberg from Jaya Studio.

The NEPA Philharmonic does hope to recreate a fundraiser like this, that shows there's no limit to how and where you can enjoy the classics.