SCOTT TOWNSHIP, Pa. — What was formerly known as Roba Family Orchard is getting a fresh name, a fresh look, and a fresh set of activities. The primary pur... 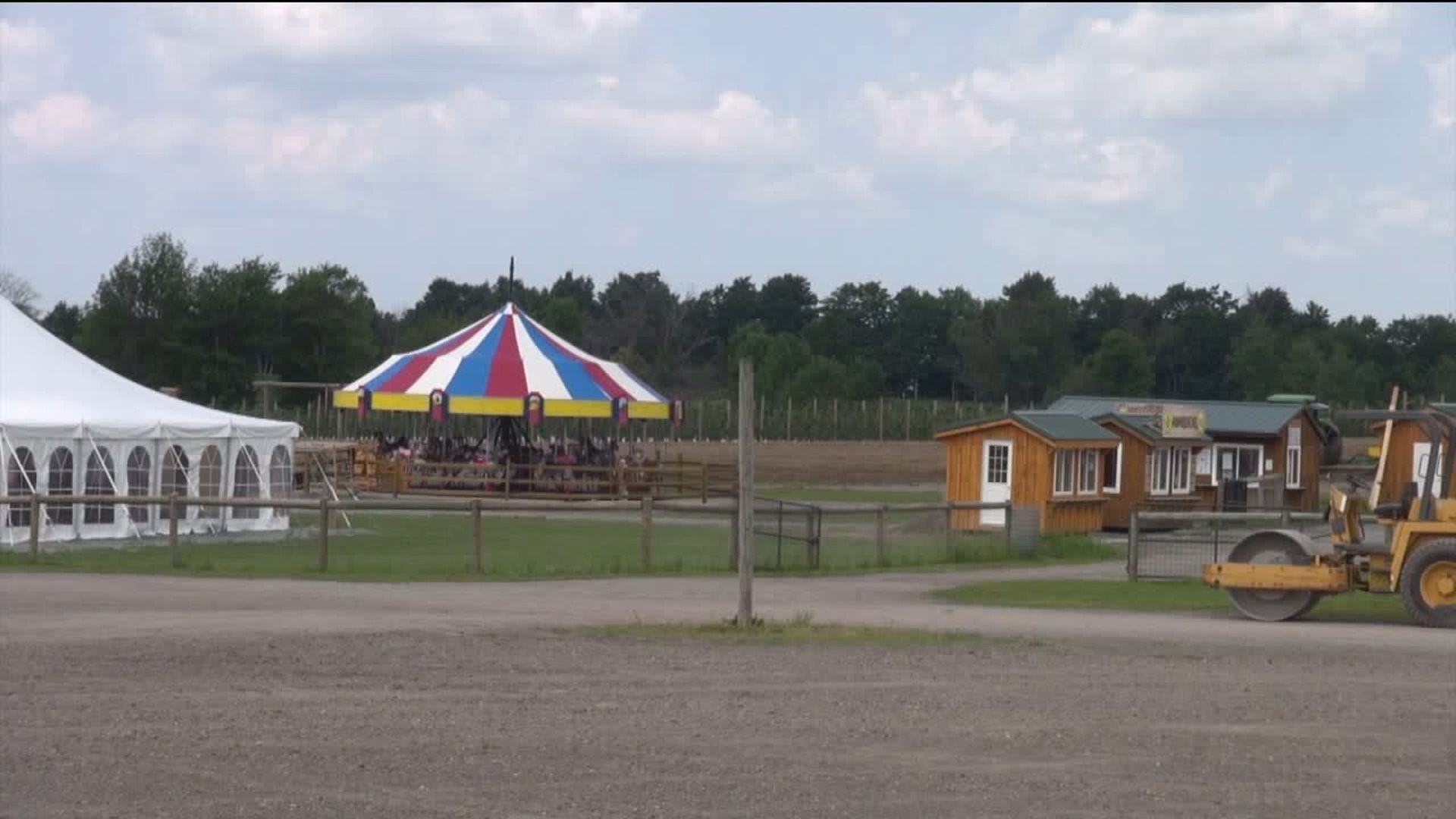 SCOTT TOWNSHIP, Pa. -- What was formerly known as Roba Family Orchard is getting a fresh name, a fresh look, and a fresh set of activities.

The primary purpose of changing the name of the orchard in Scott Township to Lakeland Orchard and Cidery is to avoid confusion, as the Robas also own Roba Family Farms in North Abington Township.

Along with changing the name, the Robas are also trying to establish the orchard as the more adult-focused of the family's two locations. Lakeland Orchard and Cidery will feature live music every Saturday and Sunday from August 17 to October 14. The hard cider garden is also expanding to about four times the size it was last year, and will include cider flights and souvenir pint glasses.

Likely the most exciting addition will be ax throwing. Jenn Roba wasn't on board with the idea at first, but she came around.

Jenn and Jeff are part of the second generation of Robas helping to manage the day-to-day operations of both the farm and the orchard.

The Robas say that Roba Family Farms is more kid-focused and adult-friendly, while the re-branded Lakeland Orchard and Cidery is more adult-focused and kid-friendly.

The orchard's season officially kicks off on August 17 with the Zinnia Festival beginning at 11 a.m. Tickets go on sale on August 4.