Many of us are tired of all the snow in the last few weeks. But there's likely no one who is more physically tired of it than the ones who keep our roads clear. 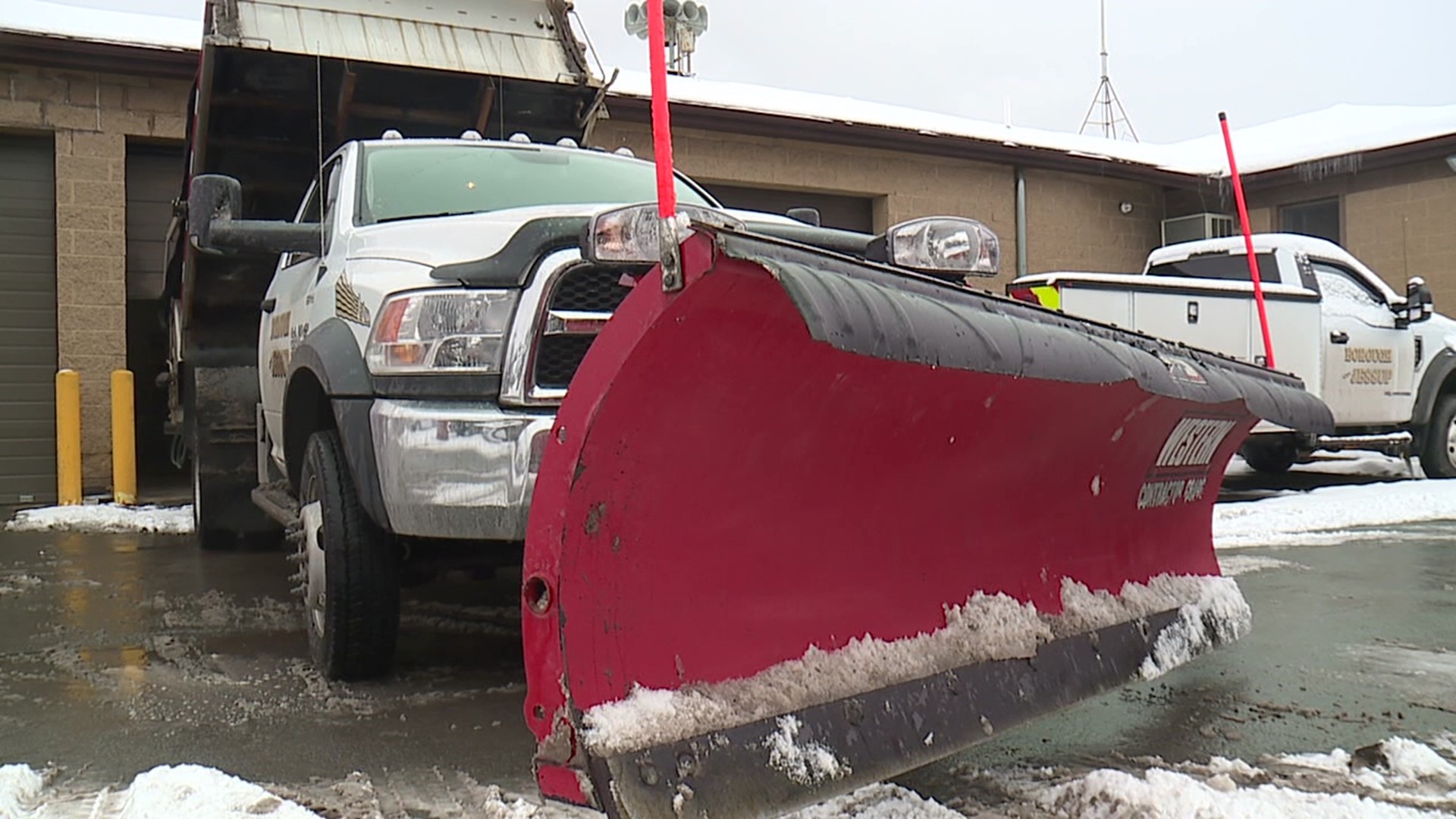 LACKAWANNA COUNTY, Pa. — William Santarsiero has spent an awful lot of time behind the wheel of a truck in the last two months. As one of only four members of Newton Township's DPW crew, when there's snow on the road, so is he.

"It gets to you after a while. It's long days," Santarsiero said.

Joe Cirba works for the Jessup DPW. He's used to working long shifts during and after a big storm, but Mother Nature usually gives them a break in between each snowfall. This winter, though, she's relentless.

"Lack of sleep, you do get restless in the truck, you do have to stop and stretch. It is what it is," Cirba said. "Every day, a little of this, a little storm, you know, adds up. So we get 14 hours of work, go home, sleep maybe 6 (hours). Before you know it, we're getting called back out again."

"Every morning being up early, it takes a toll on you and everyone else, and it's just going around circles. It gets old. Same thing you're looking at, white snow and nothing else," Santarsiero said.

With the snow keeping the crews out on the road nearly every day, they're getting behind on other maintenance projects.

"We're employed with three guys, so every day with a storm, now it puts other work behind."

There are mixed feelings about the nonstop snowfall among DPW workers, though.

But whether we like it or not, we still have plenty more winter left in store.