Rig Rollover on I-81 Ramp in Lackawanna County 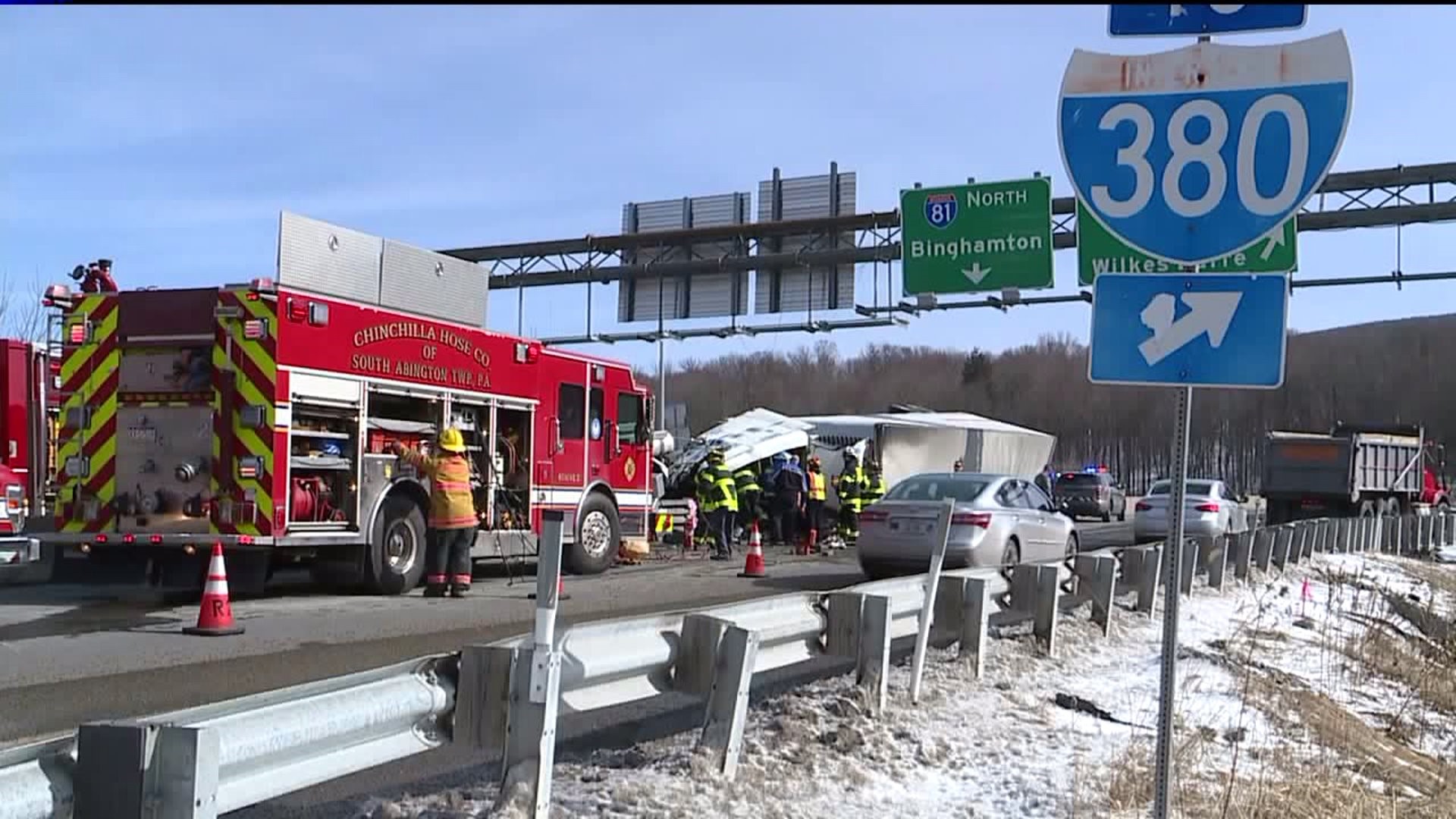 A tractor- trailer overturned near the on ramps to 81 at the Clarks Summit exit. Traffic is still moving as crews clean up the wreck. @wnep pic.twitter.com/gJYefOGWht

A rig rolled over on the southbound off-ramp from Interstate 81 (194) in South Abington Township around 10:30 a.m.

In all, it took first responders six hours to free the driver from his cab.

After 6 hours of work, first responders free a tractor trailer driver from the cab of his truck in S. Abington Twp @WNEP pic.twitter.com/WFhDrkqjky

One firefighter we spoke to said in his experience of more than 40 years, it was the longest extrication he had ever seen.

First responders say the tractor-trailer hauling beer was getting off Interstate 81 at the Clarks Summit exit (194) when it toppled, landing on the barrier between two lanes.

The impact pinned the driver in his seat, the force pushing the cab back into the trailer.

Firefighters first used the "Jaws of Life," slowly pulling away the cab trying to free the driver.

"With the dashboard being on top of him and the back of the seat, his leg was entrapped in there quite, good tight spot, a lot of intense extrication trying to free up the leg. It was a very difficult extrication," said Chinchilla Hose Company Chief Sean Connolly.

It took six hours and help from a group of trauma surgeons from Geisinger Community Medical Center in Scranton who were called to the scene. They did not have to amputate the driver's leg as it was feared they might.

Members of the Clarks Summit Fire Company Auxiliary stopped by with warm coffee and food to show their support.

"These people are volunteers who left their homes, left their jobs to come out and help a stranger in a terrible situation, so we're really proud of our community and first responders," said fire company auxiliary member Mari Bowen.

There is no word on the driver's condition.

Emergency responders have not said what led to the crash.