‘Riding Shotgun’ Argument Gets Out of Control

BLAKELY, Pa. — Police in Lackawanna County were forced to chase, tackle, and arrest two people in a bizarre and dangerous incident. A brother and sister a... 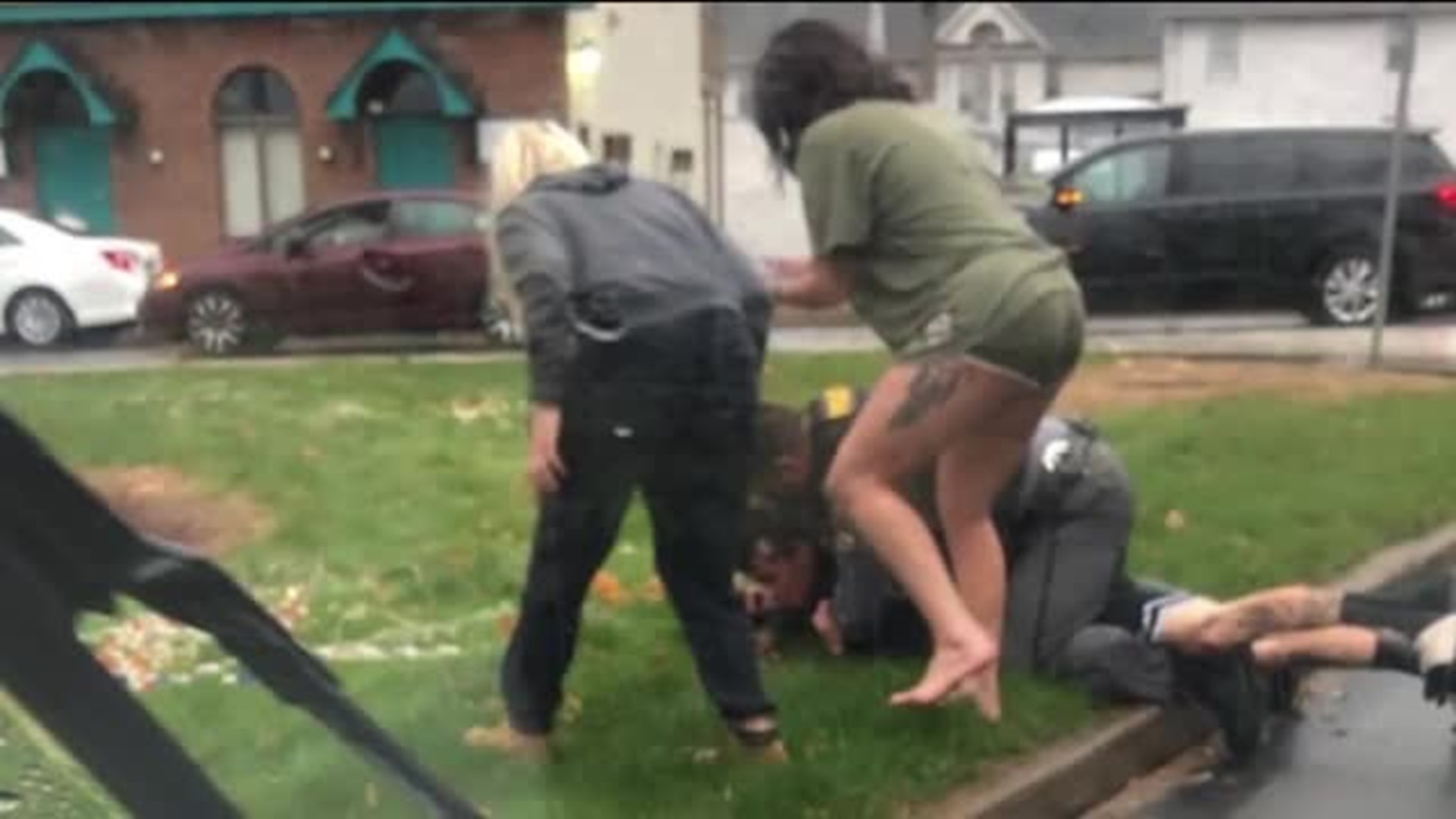 BLAKELY, Pa. -- Police in Lackawanna County were forced to chase, tackle, and arrest two people in a bizarre and dangerous incident. A brother and sister are in jail and it was all over who got to ride shotgun.

Workers in Olyphant were setting up the borough's Christmas tree when they witnessed an altercation in a vehicle. Three people appeared to be fighting in the car, the woman in the passenger seat pleading for help.

"They called me and said, 'there's a girl, they're keeping hostage in the car and she's yelling for help. There's an altercation going on in the car,' and they kept eyes on the car for me," said Olyphant Police Chief James Devoe.

Police say Bret Brezenski led them on a half-mile car chase through Olyphant and into Blakely.

"They had the girl's head out the window. She was hanging out of the car," said the chief.

After getting caught in a traffic jam near the anchor in Blakely, police ordered the man out of the car. Police say, at first, Brezenski cooperated but that quickly changed.

"I drew my weapon. I got him calmed down for a second and told him, get up against the car, but as soon as he saw me put my weapon down, he attacked me again, so I picked him up and threw him into the grass. I detained him, I was trying to get my handcuffs on him when the other girl came over, and she started attacking me. I had one cuff on him, and by this time, I was yelling for backup, and some of the other guys were starting to show up," Chief Devoe said.

The third person in the vehicle was not arrested, and in fact, police are calling her a victim. While this was certainly a dangerous situation for those involved, police say many others were also in harm's way.

"Traffic was packed, they were driving like animals. stuff you could have flipped a coin over, and now we have people who could have gotten killed."

Both Brezenski siblings were arrested and charged with simple assault, resisting arrest, and related offenses. Police say the third passenger has filed for a PFA against both Brezenskis and other members of the family.