Bars and restaurants will be able to host larger groups come Easter Sunday, but only if they have enough employees. 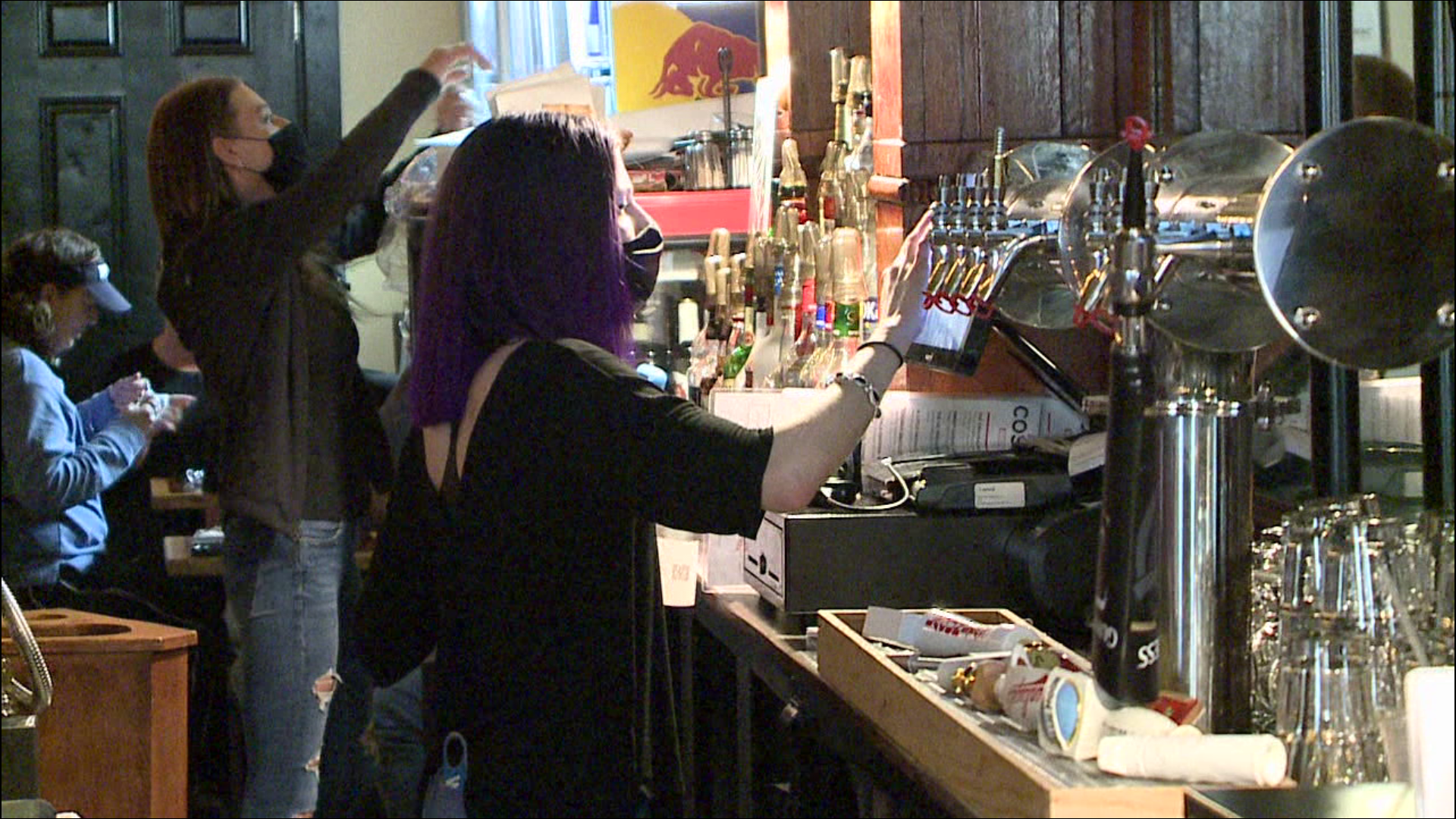 LACKAWANNA COUNTY, Pa. — Inside Thirst T's Bar and Grill in Olyphant, the fruit garnishes are prepped and ready for the expected dinner crowd on this Good Friday.

And come this Easter Sunday, April 4, the state is easing restrictions at bars and restaurants to allow 75 percent indoor dining and drinking capacity.
Bar service can resume.

“That way, we don't have to play musical chairs because if somebody sits in one seat, we have to skip 6 feet to the next,” said Tell.

Now Tell has a new problem - he can't find new hires, especially in the kitchen.

He's even paid for online job advertisements that potential hires respond to, but then they are no-shows for the interview.

He posted his frustration to Facebook and heard other business owners had the same problem.

Over at Cooper's Seafood House in Scranton, Manager Zack Cooper says he is also having a hard time finding new hires for the kitchen.

“The kitchen manager was telling me, he's been having a hard time finding people,” said Cooper. “We are hiring new people at the moment.”

Newswatch 16 went to Cosmo's on Oak here in Scranton, but the owner was too busy working in the kitchen to talk to us.

Cosmo's bartender Beth Bartley explained the difficulty they've been having.

“It's the kitchen. It's mostly the kitchen,” said Bartley. "We had a couple of people this week that wanted to work for us, but they show up one day, then they don't show up the next day. It's like people don't have the work ethic anymore. I don't know if it's the unemployment or what.”

As for Thirst T's, Tell says his situation is dire. With no new hires, he fears his place will not survive.