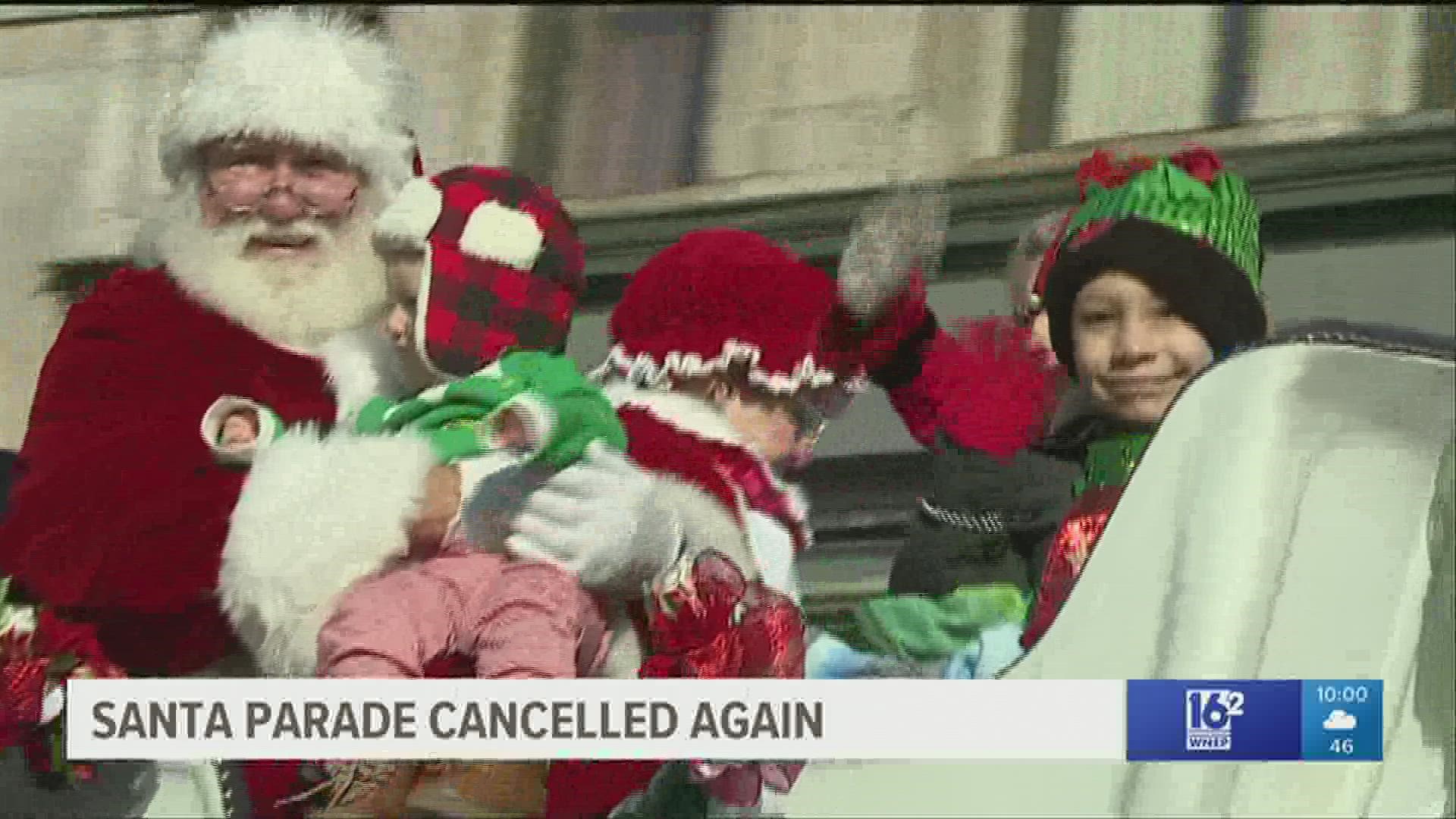 SCRANTON, Pa. — The Santa parade drew more than 10,000 people to downtown Scranton in 2019, but for the second year in a row, organizers have to cancel.

It's been a highly anticipated annual event in the city of Scranton for decades.

"You have all the different marchers and the twirlers and the Santa and Mrs. Santa," said Chris Spangenberg, Lake Winola.

The cancellation came as a surprise to residents.

"I was actually disappointed, I thought for sure, because things had opened up across the country," Spangenberg said.

"They had a St. Patrick's day parade for the older people, you know. These little kids are not going to be able to see Santa Claus," said Arnett Rochelle, Scranton.

Thomas Fritz is the Talent Manager for Santa Parade Inc. The non-profit is not affiliated with the St. Patrick's day parade or the city.

"It was one thing after another after another, and we all felt that if we're going to bring Santa to downtown Scranton, it's gotta be in a big way, and that couldn't happen this year," said Fritz.

Fritz blames the pandemic but said it's more than just that.

Fundraising for the parade is way down, and operational costs have increased. Many participants from previous years said they couldn't take part.

"We didn't want to have just something that was going to last just twenty minutes or even forty-five minutes and get yourself and all your kids down here for something that wasn't the day's worth of spectacle that we always have," he said.

Organizers are just as disappointed as residents.

"We put our heart and soul into this parade because we love this parade, and not being able to have it is quite a blow. It's a punch in the gut," said Fritz.

Santa Parade organizers are already preparing for next year, planning something bigger than ever before.