BENTON TOWNSHIP — Some homes and businesses are still without power in Lackawanna County where wind uprooted trees and tore down power lines. The Grayce F... 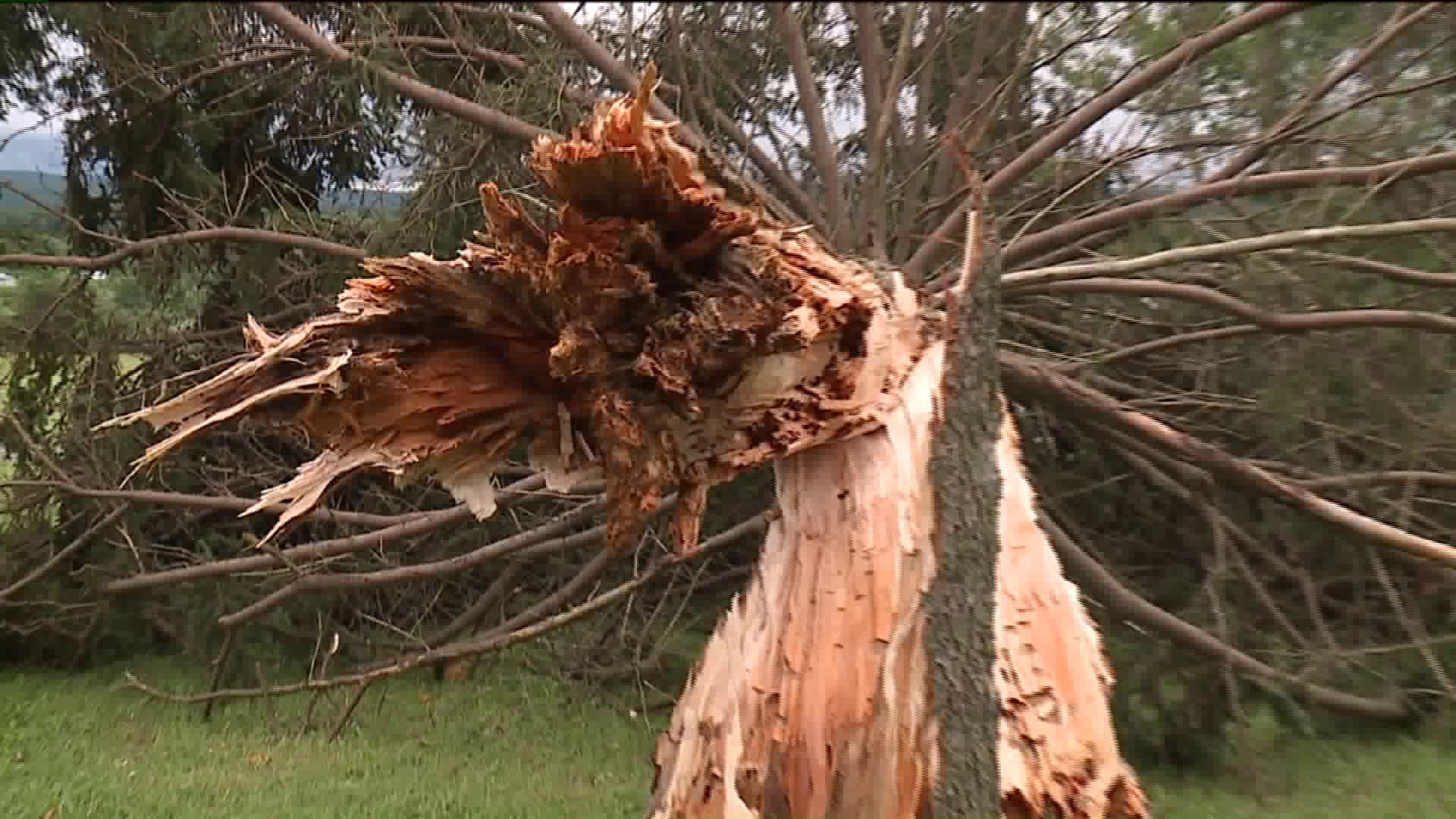 BENTON TOWNSHIP -- Some homes and businesses are still without power in Lackawanna County where wind uprooted trees and tore down power lines.

The Grayce Farms property near Fleetville hasn't changed much at all over the past 60 years until storms rolled through Monday afternoon.

"I had never seen anything like this before because these trees have been here for hundreds of years, they've seen a lot of storms, for one storm to take the majority of them down, it just, to me that's crazy," said Stephen Cognetti.

Several large maples and pine trees were ripped out at the root. Cognetti and his family share the property along Route 107 with two other homes.

Luckily, only one of the homes received some minor damage.

"We had a storm last week that took down one big branch, and then within a week, another powerful storm comes through and takes down almost every other tree on the property," said Cognetti. "I haven't seen that before."

One of the people who lives there says she watched from her own home as the wind lifted the top of a silo.

"The fact that the house is still standing is, with all this around it, is just luck."

EMA officials say Benton TWP seems to have gotten the worst of it, dozens of trees down @wnep pic.twitter.com/Aqln6v3SPD

Officials from Lackawanna County Emergency Management stopped by the farm to take photos. They are tallying up the damage and plan to seek state or federal assistance.

They say Benton Township was hardest hit in the county.

"So far it seems to be, but it appears that mainly everything is trees down, wires down, and it seems that the utility companies really responded rapidly. There's a whole bunch of people here from PPL and the vendors that they use, and they're really getting the power back on quickly," said David Hahn, Lackawanna County Emergency Management.

The National Weather Service will make its determinations next, deciding whether or not it was a tornado that caused all of the damage.