Chase Followed by Gunshots in Scranton

SCRANTON, Pa. — Chaos erupted in two parts of Scranton after shots were fired during a car chase, right in the middle of the afternoon. Police were called... 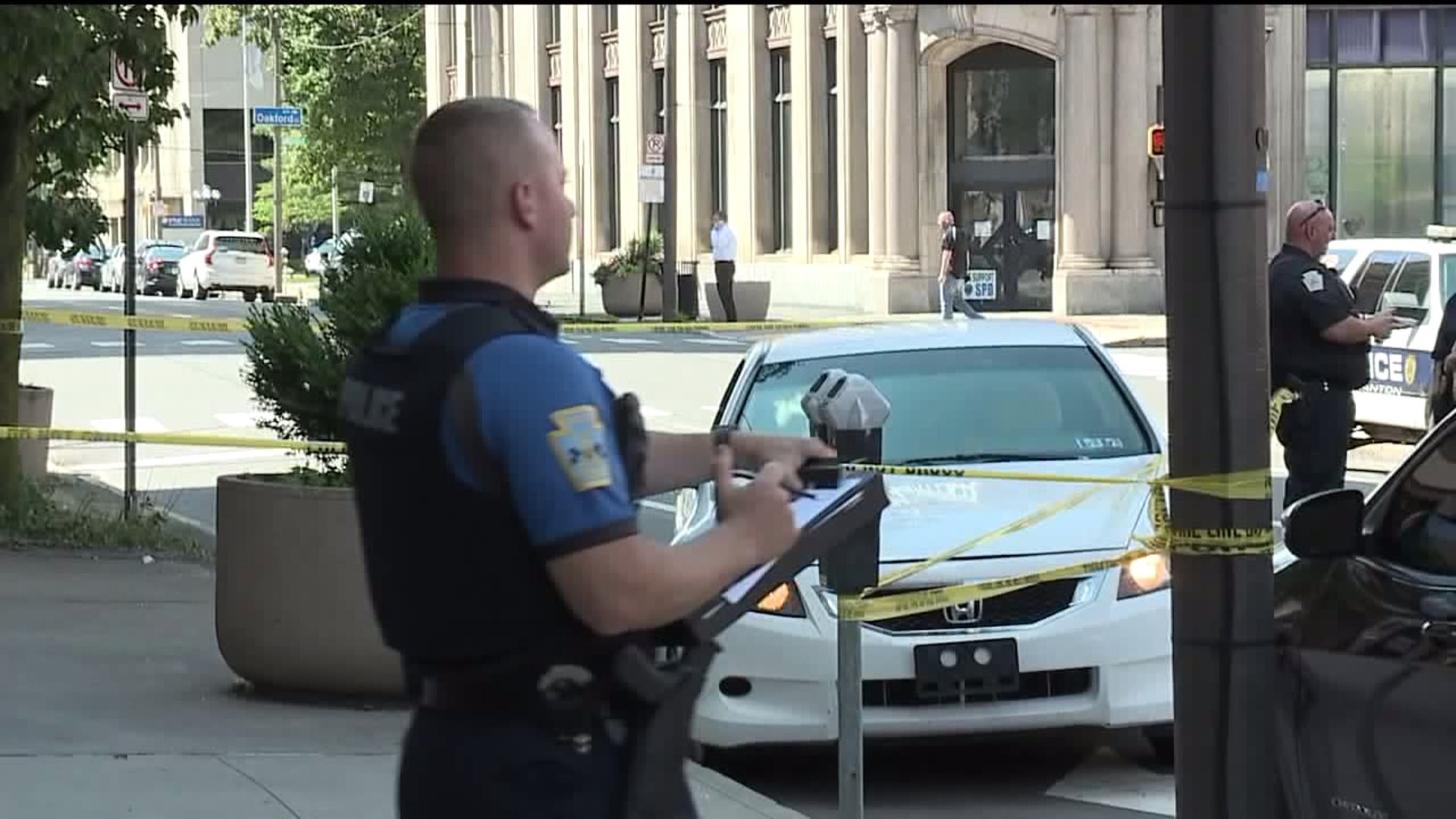 SCRANTON, Pa. -- Chaos erupted in two parts of Scranton after shots were fired during a car chase, right in the middle of the afternoon.

Police were called to west Scranton as well as Spruce Street in the city's downtown Wednesday afternoon.

A man who didn't want to give his name or show his face says he was in the car that was shot at while being chased down South 10th Avenue in west Scranton, turning the street into a crime scene.

“I thought firecrackers were going off and then I saw glass start breaking,” said the man. “My buddy was like--the person driving, was like, 'He wasn't aiming at me, they were aiming at you.'”

Police shut down the intersection of South 10th Avenue and Oxford Street and say the gunfire happened here during a two-vehicle chase that started on Capouse Avenue.

The car being chased was hit with bullets, as were at least two parked vehicles on South 10th.

Ann Bertram's SUV was hit; her son had just gotten out of the vehicle.

“Just five minutes before, we heard, we thought it was fireworks, but we came back out, we didn't see anything but we heard a skid too,” said Bertram.

People living in west Scranton say they can't believe something like this would happen in the middle of the day in such a quiet neighborhood.

“They need to get these guns off the street and the gangs, because I don't care, it's terrible, I don't know,” said a resident.

The car that was shot at ended up on Spruce Street in the city's downtown. The white Honda was found roped off with police tape.

A person in that car says he had met up with a person in the vehicle chasing them before the pursuit to “resolve an issue."

“But when it came down to resolving the issue the way real men should resolve the issue that person was a coward.”

Police are still looking for the people in the vehicle that fired those shots.

No injuries were reported.