It’s been three weeks since that Tuesday afternoon of wild weather. WNEP was on air for nearly six hours covering tornado warnings all across northeastern... 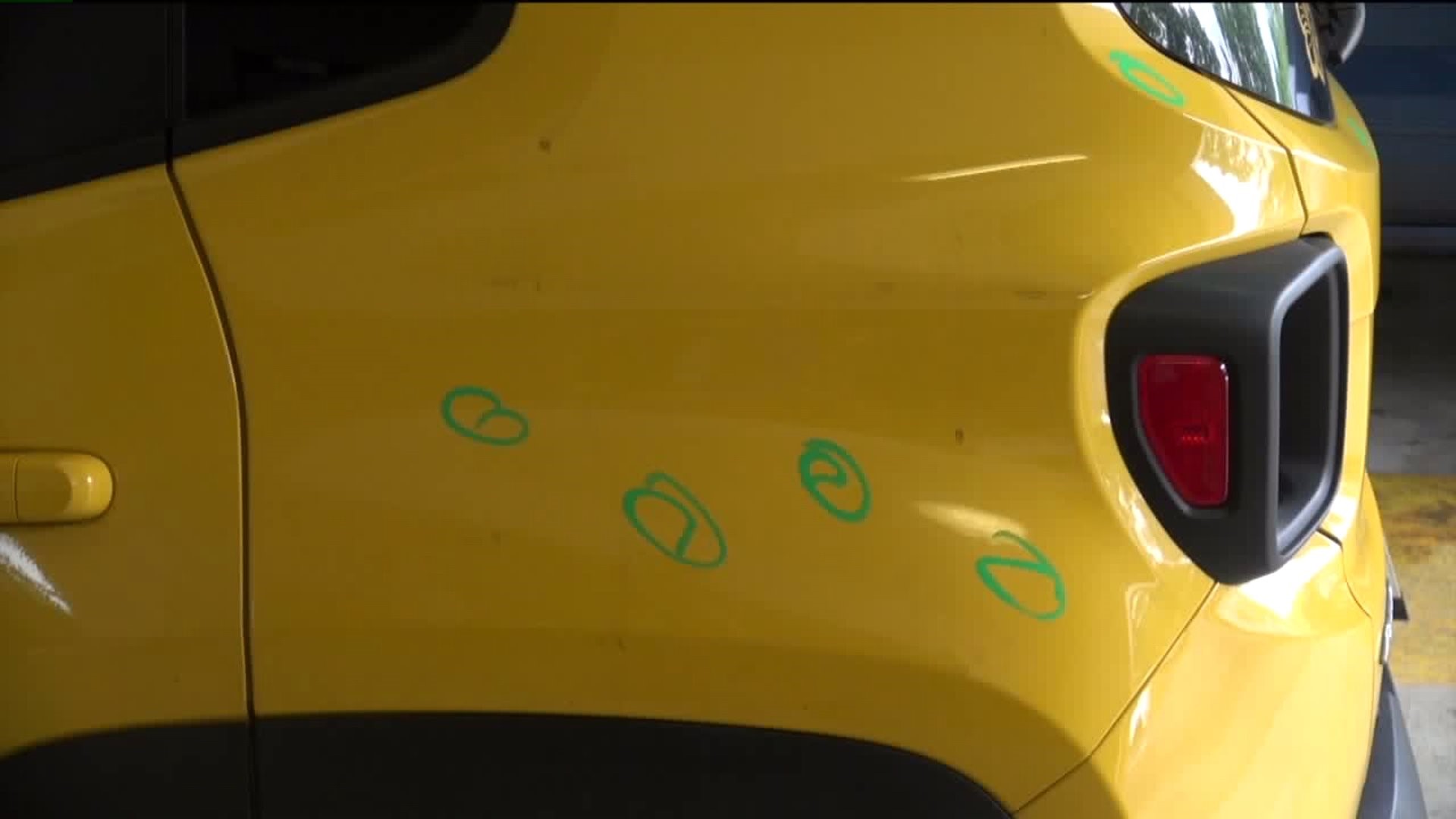 It's been three weeks since that Tuesday afternoon of wild weather. WNEP was on air for nearly six hours covering tornado warnings all across northeastern and central Pennsylvania, and one of the more memorable parts about those severe storms was the size of the hail produced.

Billy Goodrich owns Pocono Mountain Paintless Dent Repair. Typically, technicians can answer house calls around the area to repair car dents, but after last month's severe storms, Goodrich and his employees have set up at several collision centers in Lackawanna and Luzerne counties including MotorWorld near Wilkes-Barre. They're working seven days a week, sometimes until midnight.

"Everybody thinks of suction cups and dry ice, and that does not work. We have thousands of dollars' worth of tools that we use every day. More or less, we get behind the panels and massage the dents out from underneath," Goodrich explained.

Quite possibly the worst place to be during a hail storm is the lot of a car dealership. Gibbons Ford in Dickson City had damage to its cars and property.

"It came over the mountain. We actually watched it come. We didn't have enough time to put anything away, and you can't put away 475 cars," said general manager Darryl Jayne.

The Dent Guys have formed their business around thunderstorms and hail damage to vehicles. They're here from Georgia working on the nearly 500 cars that were damaged.

"We're working on around 12 to 15 cars at a time. We're finishing between 20 and 30 a day," said Mark Branstrom, The Dent Guys general manager.

The Dent Guys are repairing cars on the lot at Gibbons Ford -- cars that have been sold at a discount and ones that haven't been. They've been here two weeks and they have about three more weeks of work left to go.

"There are some people where the cars have had minor damage. They'll say you know what if you give us a little extra discount, we'll take it with a couple of bumps on it, it's not a problem," said Jayne. "It's basically an opportunity. If you get lemons, you want to make lemonade. So that's what we're trying to do."