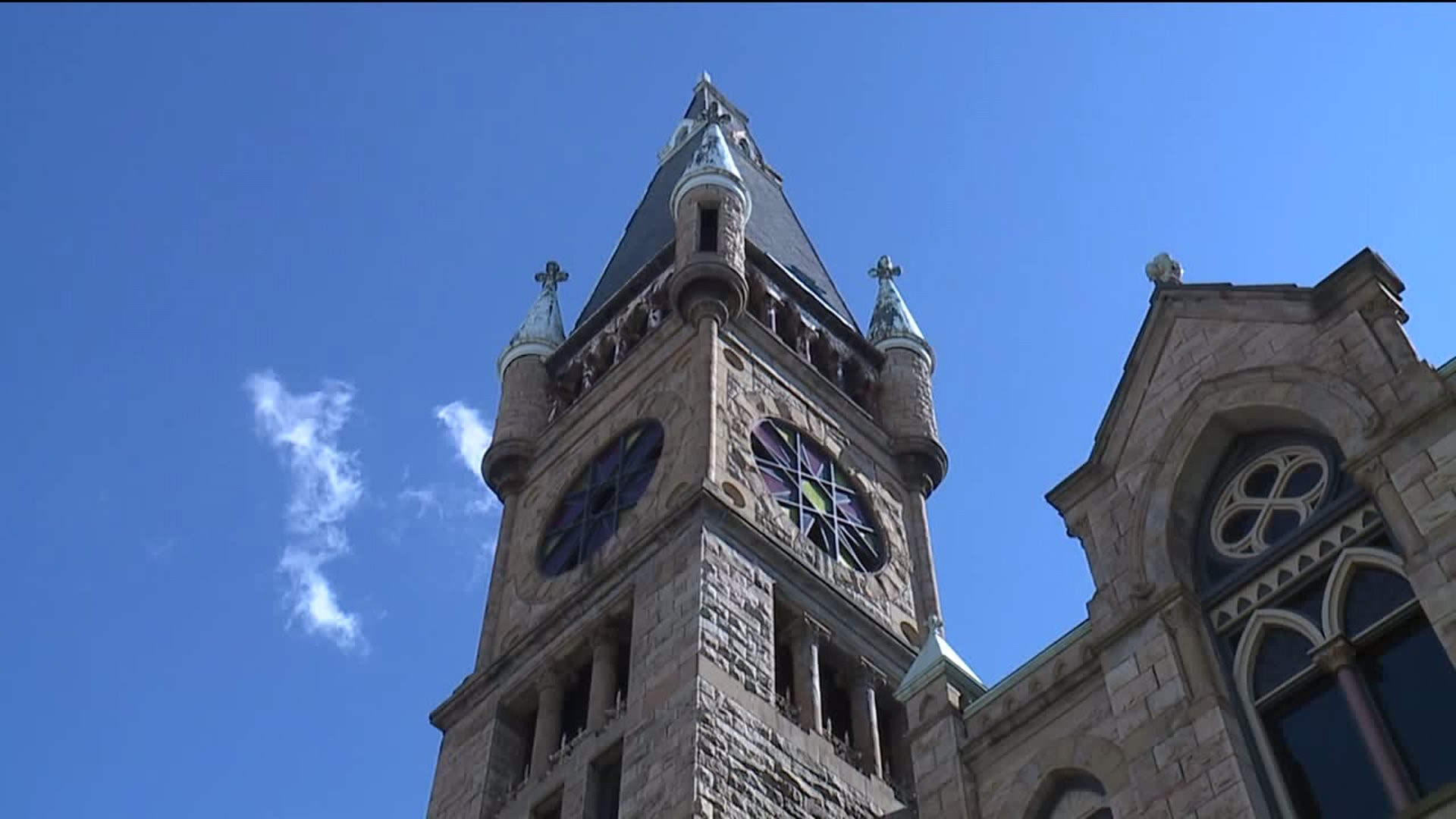 City council is expected to vote on whether to ask for more than $5 million in grant money, about half the amount it would take to completely renovate City Hall.

The mayor thinks Scranton could look into selling it and moving city offices elsewhere.

A glance at Scranton City Hall doesn't reveal all the issues lurking high above around the steeple and roof.

A recent study found the building, which dates back to the late-1800s, needs millions in repairs.

"We're looking for suggestions on what can be done with the building," Mayor Bill Courtright said.

Mayor Courtright says the city is merely starting to discuss what could and should happen to the historic building at the corner of North Washington Avenue and Mulberry Street.

Crews scaled the side of the building back in November to check the structural integrity of the tower and found problems.

A 200-page study found it will cost nearly $11 million to overhaul the place top to bottom.

The city is looking for help of up to $5 million in state grant money.

"The question has been brought up, do we stay in this building? Do we try and sell it move into another location?" the mayor asked.

Scranton City Hall has been around for 130 years.

"Better off to build a new building," said city resident Bill Penick. "You should move a little up the street where it's cheap and put a nice new building."

Some who pay taxes in the city aren't very keen on spending up to $11 million on City Hall.

"Do the best you can, fix the leaks, patch it up, put a new rug in. Don't raise our taxes anymore."

While others believe it's up to elected officials to make the call over the fate of City Hall.

"It's up to them. If they want to renovate, they got the money to do it, they do it. If they don't have the money, they sell it," Winston Campbell said.

Scranton city council plans to vote Monday night on whether to apply for the state grant to help with renovations. Only after city leaders hear if they get any money will they be able to start officially looking into their options.