OLYPHANT, Pa. — Forty years ago on Monday, a national nightmare began. For more than a year, 50 Americans were held hostage after radicals stormed the U.S... 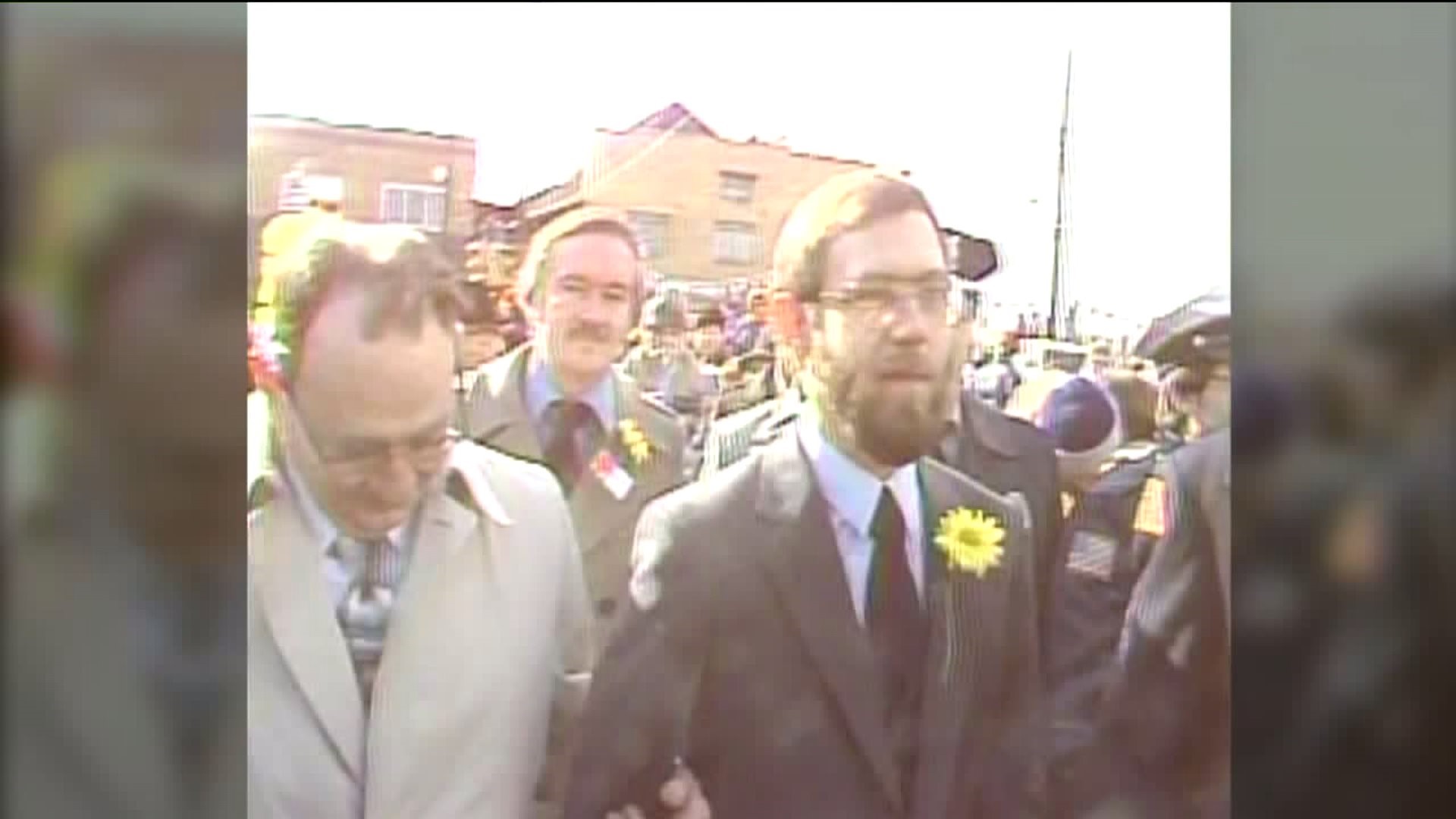 For more than a year, 50 Americans were held hostage after radicals stormed the U.S. Embassy in Iran.

Two hostages were from our area, Bruce German of Edwardsville and Michael Metrinko of Olyphant.

Some in Metrinko's hometown still haven't forgotten those dark times.

Michael Metrinko was well-known in Olyphant. His parents owned a cafe along Delaware Street in the 1980s.

Newswatch 16 was there for a huge parade in January of 1981 to welcome Metrinko home after he was finally released from captivity in Iran.

The hostage crisis began on November 4, 1979. Students stormed the U.S. embassy in Tehran and took more than 50 Americans hostage.

Michael Metrinko was a foreign service officer stationed at the embassy.

When he finally got home, Metrinko told Newswatch 16 about the horrors of being held hostage.

"It ranged from the barbaric to the not bad, put it that way," Metrinko said.

"The solitary confinement. Punishments of people they knew were physically ill," Metrinko replied.

"Something like that never really happens to anyone in Olyphant. It just so happened that Michael was in the wrong spot at the wrong time," Sofranko said.

"Everyone was ecstatic! Couldn't believe it. So happy. Everybody was cheering. A hero's welcome for somebody who did a great job," Bernosky said.

Metrinko moved out of Lackawanna County years ago. Since then, he's written two books about the Middle East.