SCRANTON — His music helped define the 1970s; the Eagles co-founder Glenn Frey died Monday. He helped pump out dozens of hits and millions of albums. If y... 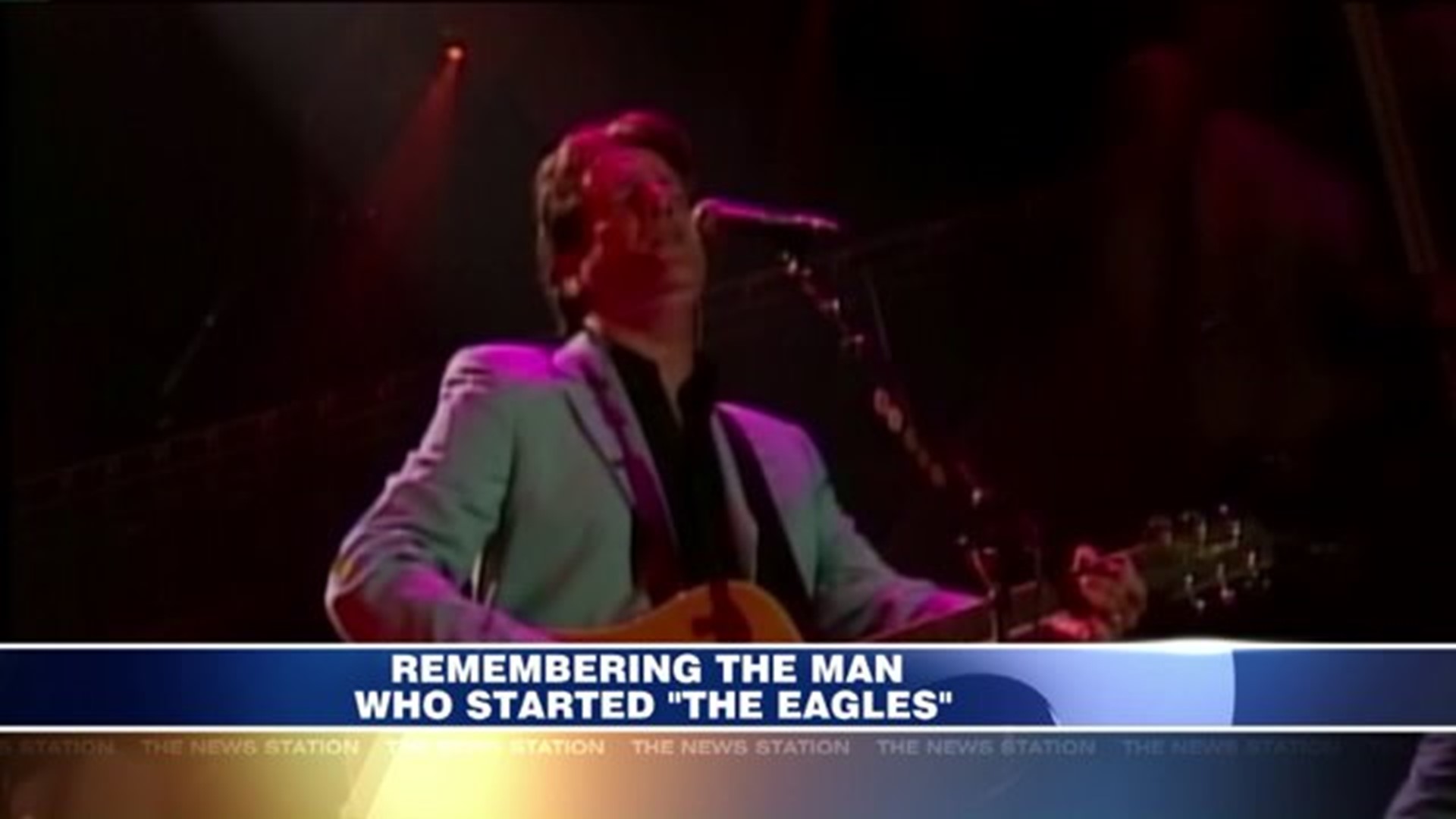 SCRANTON -- His music helped define the 1970s; the Eagles co-founder Glenn Frey died Monday. He helped pump out dozens of hits and millions of albums.

If you are an Eagles fan, you recognize Frey's voice and work and it was the topic of the morning on Rock 107, broadcasting from downtown Scranton.

The Prospector is the morning DJ.

"Here's a guy who could write amazing melodies and great hooks, those memorable parts of songs we love. He was so good at that," The Prospector said.

"I remember mostly in that was he was just going on raw courage and nerve and talent. He had talent plenty of talent."

The talent showed and the hits followed. The Eagles sold millions of albums.

"Everything needed to be exactly where it should be musically and technically," said music producer Eric Scott. "Everything had to be right on point."

Also, The Prospector sees and hears a big influence on the musicians of their time, and those that followed.

"I don't think you have a band that's as pervasive and influential as a band like the Eagles in a long, long time."

Glenn Frey battled a number of recent health problems. He was 67 years old.

A record store owner in the Poconos says people are coming in, looking for Frey's music.