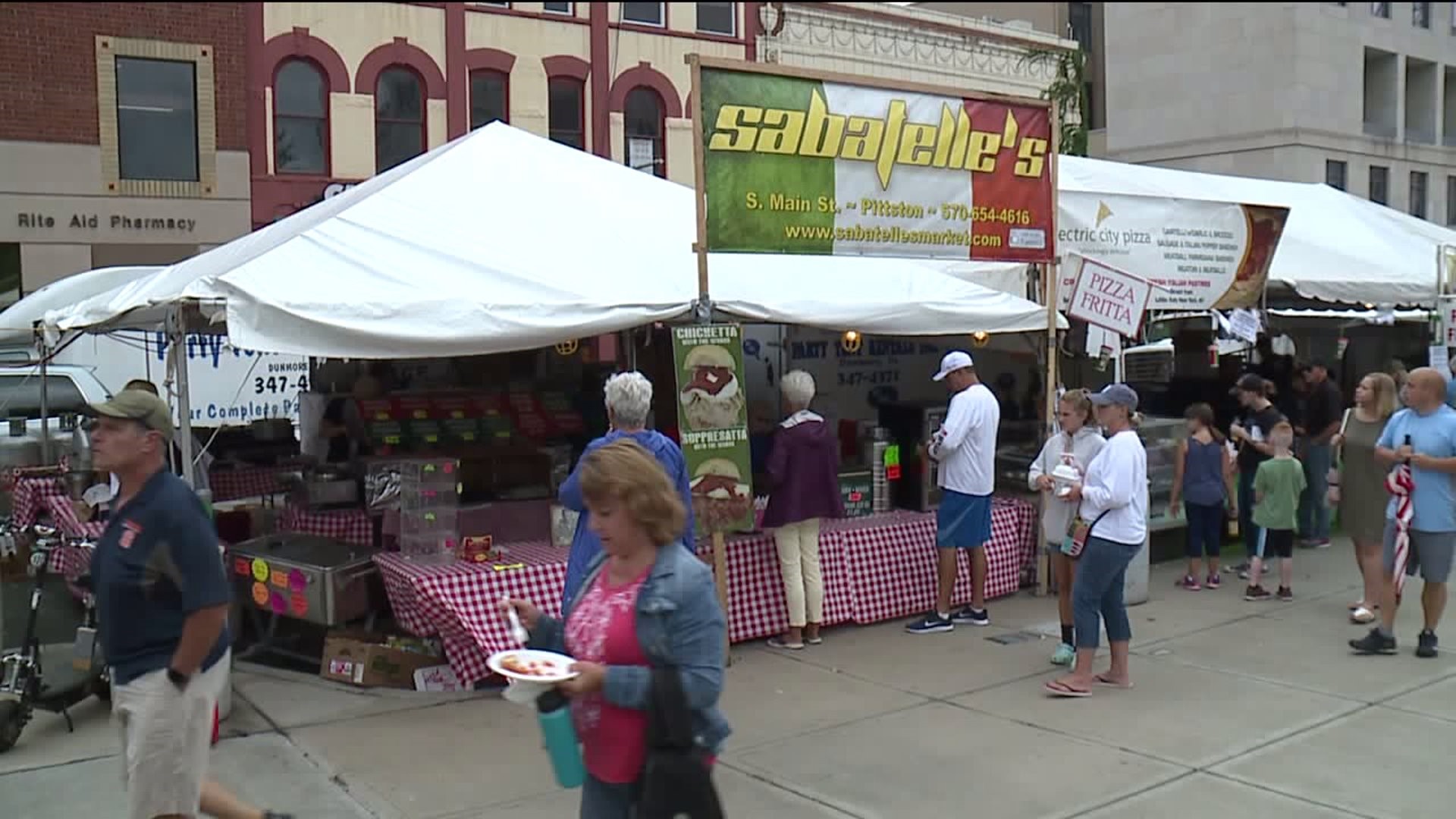 Vendors tell Newswatch 16 the cooler temperatures this year were the perfect ingredient for a record-breaking La Festa Italiana.

Consistency is one of the appeals of La Festa Italiana in downtown Scranton. Every Labor Day Weekend you can expect the same great Italian food.

But something sets this year's festival apart from the rest for its vendors. Jason Sabatelle came up with a few words to describe it.

"Grand slam, smash, rock star, full throttle, and it's still going. The skies are a little cloudy, but it's still on fire here," Sabatelle said.

He knows this is the best year of the 26 he's been serving here because he ran out of supplies, a record amount.

Vendors were grateful that rain held off for the most part and temperatures were unusually cool.

"Saturday was the best, hands down, record Saturday the festival ever had this year. Because of the weather, and because of the events going on in the city, it really worked out well," said Eugene Padula, Carmella's Italian Deli & Pastry.

Nearly every vendor we spoke to this weekend reported the same thing -- one of their best years of sales yet, whether they've been here for decades or this is their first year, whether they sell Italian food, or they don't.

"La Festa, people think it's just Italian food, but there's samplings of food from all over the world. We're Middle Eastern, Lebanese," said Joey Daniel of The Garden.

There's something for everyone here and no matter which side of the table you're on.

"Growing up and being at La Festa for so many years, I kind of feel like I've broken the fourth wall and now I've become part of this world. It's been very exciting as a Scrantonian, to get to work at La Festa. I really enjoy it," Daniel added.