SCRANTON, Pa. — Police in Lackawanna County say a man suffering from Alzheimer’s disease was robbed of his home and everything in it all because of ... 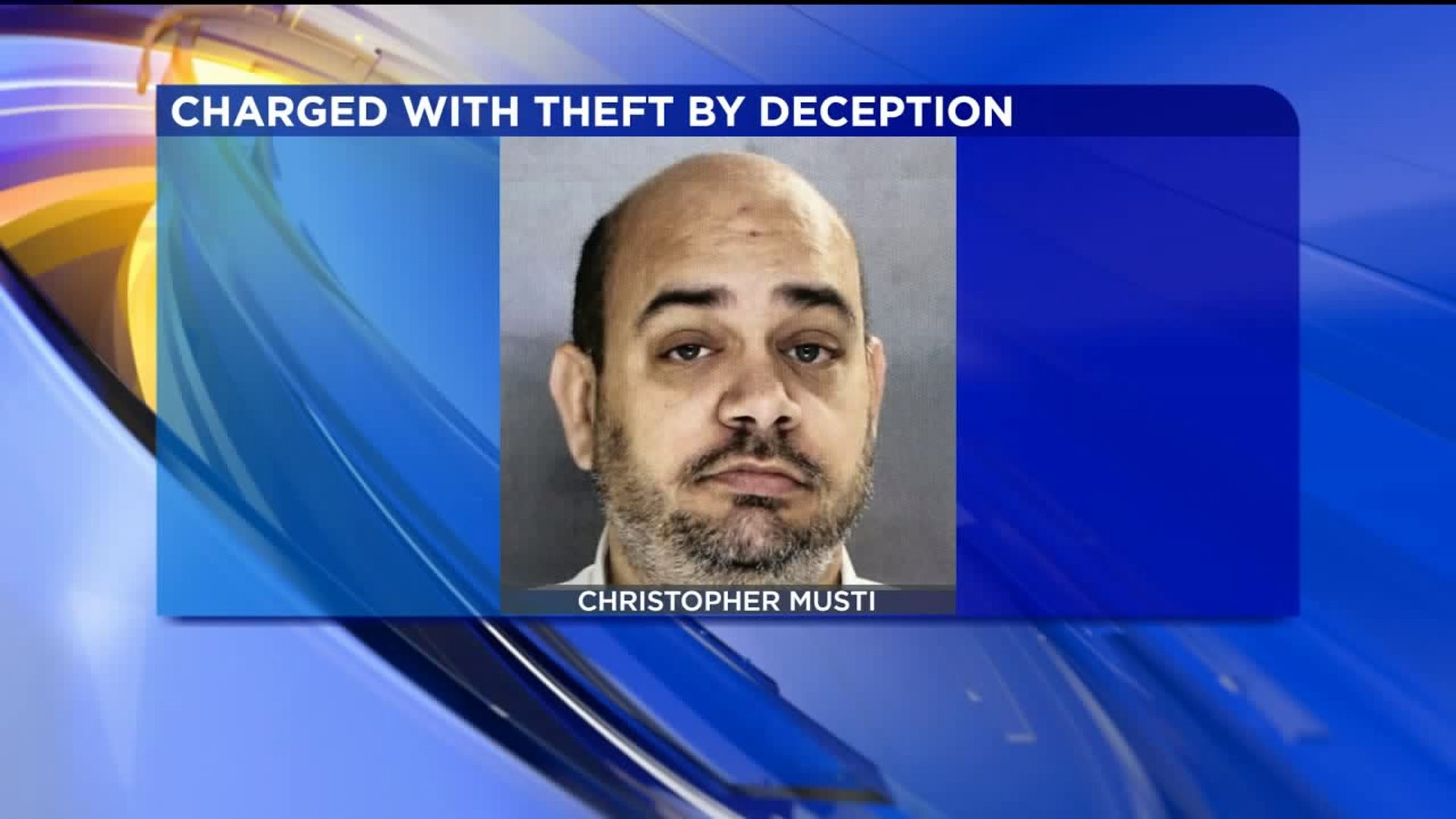 SCRANTON, Pa. -- Police in Lackawanna County say a man suffering from Alzheimer's disease was robbed of his home and everything in it all because of a real estate broker he met at a cigar shop.

The broker is now facing felony charges and was in court Tuesday.

The defendant Christopher Musti is a Scranton native now living in Florida. He's worn a lot of hats in his hometown. He was a Scranton school director, then a Pennsylvania state constable. He now owns a real estate business. He's accused of using that business to defraud a man with Alzheimer's disease of his home and all his possessions.

Musti is charged with theft by deception and fraud.

A year ago, he started a real estate business called Florida Gator Properties, LLC. The charges stem from the sale of a property in Musti's hometown of Scranton just before he moved to Florida.

According to court papers, Musti met his alleged victim at a cigar shop downtown where they became friends. The 73-year-old man suffers from Alzheimer's disease. He told Musti how he was struggling to cover the taxes at the apartment home he owned and lived in.

Last June, two women hired to clean the home contacted the Area Agency on Aging when they found the man in his apartment with only a chair. All of his possessions were gone. There were no appliances, no food, and no running water. It's not clear how many days he had been there.

The man told the women that Musti had sold his house and auctioned off everything he owned.

Investigators eventually found that Musti bought and sold the house, turning a profit and earning a finder's fee.

The alleged victim's things were sold at auction. The auction company valued it all at more than $12,000.

Musti's defense attorney says the alleged victim was aware of it all and that Musti was only trying to help him out and did nothing wrong.

Musti was charged last month. He was in Lackawanna County Court Tuesday for a preliminary hearing, but that hearing was rescheduled. His defense attorney asked that Musti have a mental health evaluation to see if he's competent to stand trial.

The alleged victim is now in a personal care home.