ARCHBALD, Pa. — The former chief of staff to the Lackawanna County Commissioners was charged Tuesday with attempting to perform a sex act on an 18-year-ol... 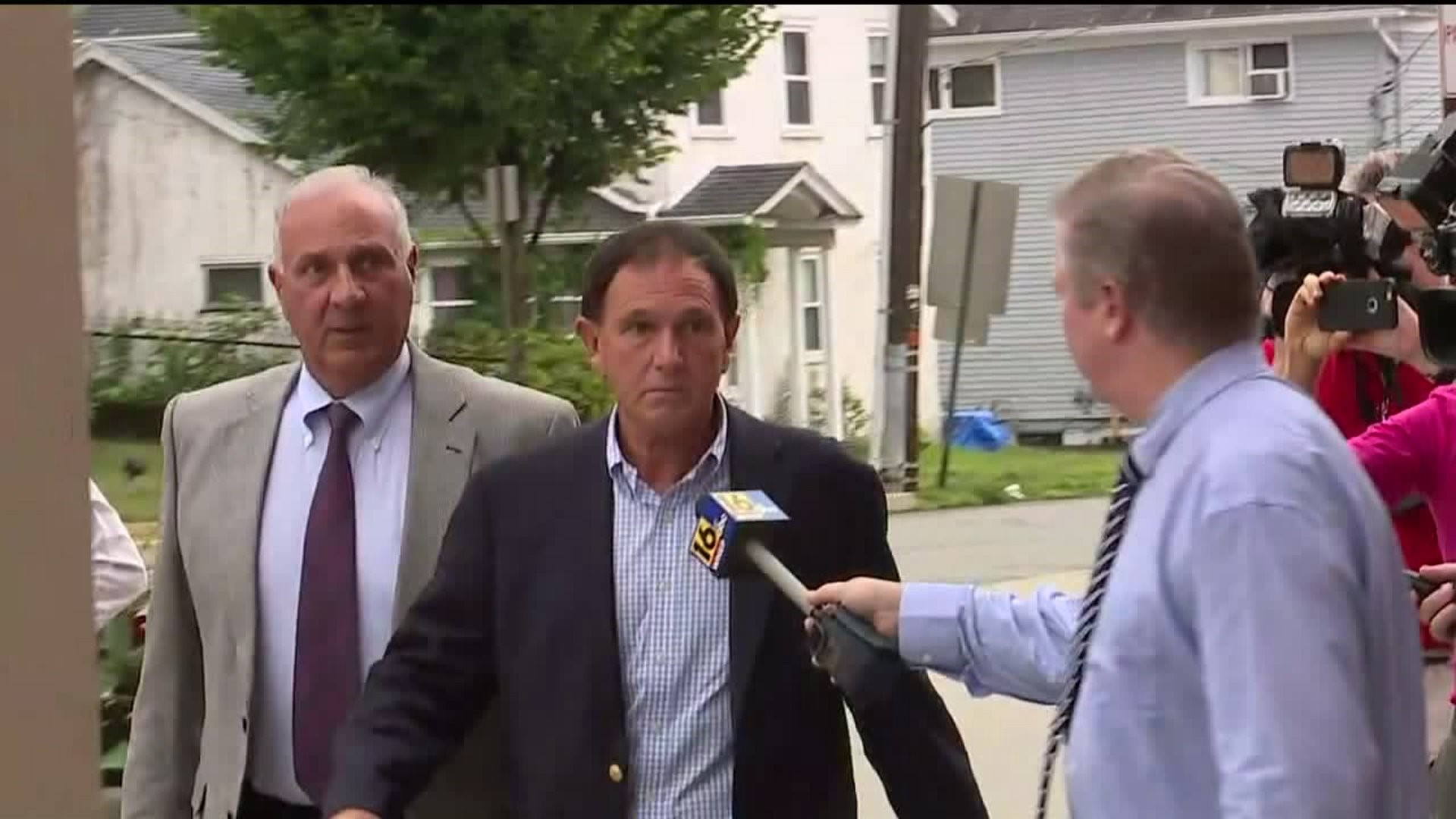 ARCHBALD, Pa. -- The former chief of staff to the Lackawanna County Commissioners was charged Tuesday with attempting to perform a sex act on an 18-year-old man in the parking lot of a grocery store last month.

Andy Wallace was arraigned on charges of indecent assault and harassment. Wallace had nothing as he walked into the Archbald Borough Building with his attorney in tow.

Prosecutors say on June 18, Wallace followed an 18-year-old employee of P & R Discounts Store on Route 6 in Eynon through the store and into the parking lot where he reportedly asked to perform oral sex on him.

During the arraignment, Wallace’s attorney told the judge what happened was a misunderstanding and it was not a crime.

“At some point, you have to take responsibility for your actions,” said Robert Hollenbach from Clarks Summit.

“With #metoo and the sexual harassment, I think people are looking at that in a different way now this past year or so than they had in the past,” said Silvie Pomicter from Carbondale.

According to court papers, the manager at P & R told investigators that Wallace is a regular customer and that he was “notorious” for approaching male clerks and asking them to engage in sex acts. The manager also said those clerks would hide in the stock room whenever Wallace would come to the store.

The district attorney’s office said Wallace had a pattern of approaching Latino clerks at P & R who Wallace believed feared deportation if they didn’t cooperate with his sexual advances.

Prosecutors are concerned there other victims who are afraid to come forward.

“We have a full-time Spanish interpreter on staff, and we will address any concerns with the federal authorities they may have regarding any immigration or deportation concerns,” said First Assistant District Attorney Judy Price.

“Just the fact that they’re preying on people who are vulnerable,” said Hollenbach. “Has nothing to do if you’re gay or straight, any position at any age.”

Wallace was released on $25,000 unsecured bail on the condition he has no contact with the victim or the grocery store.