SCRANTON — Right now at a middle or high school near you, there could be a student who would make a great health professional. Finding those students and ... 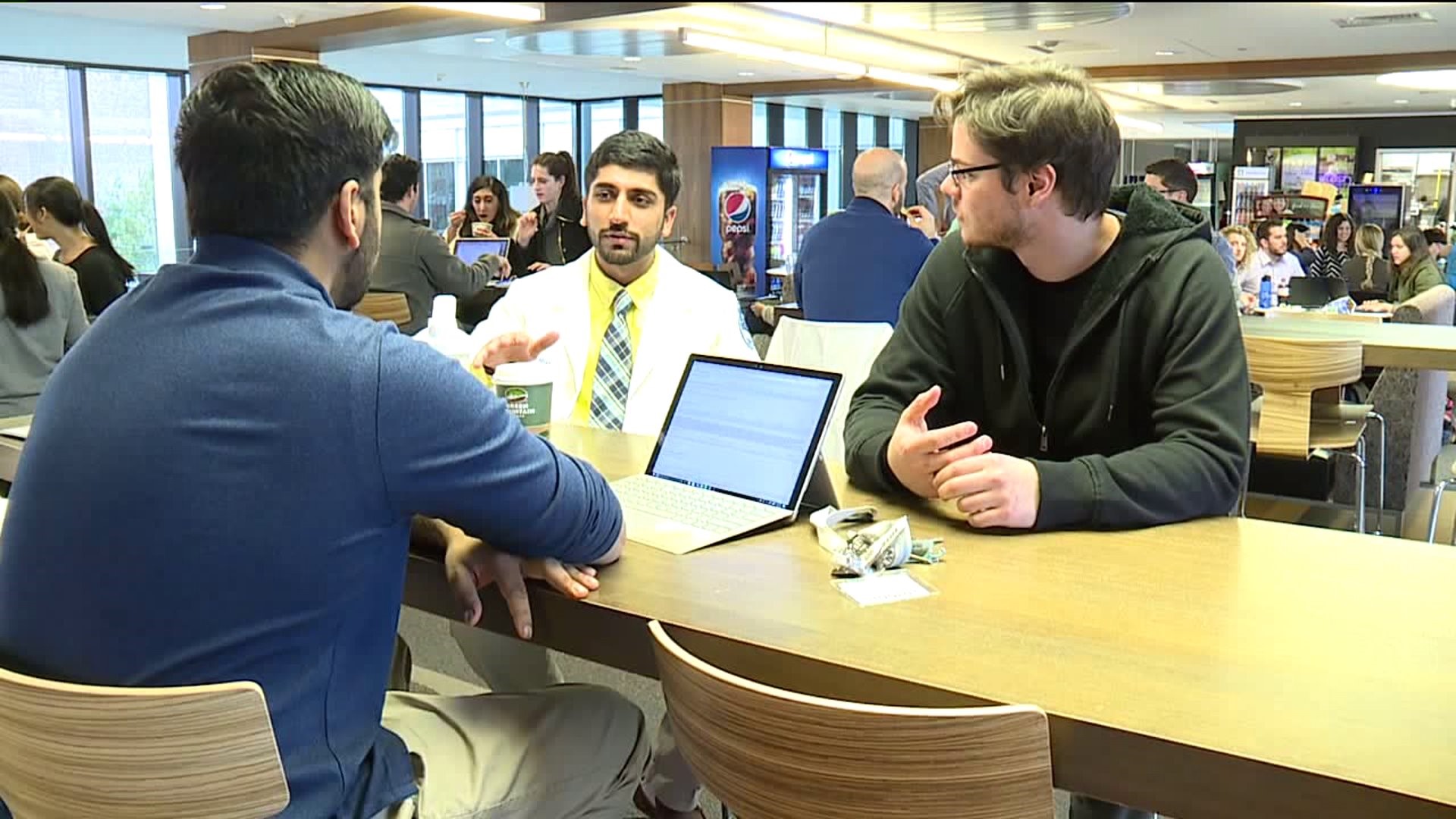 SCRANTON -- Right now at a middle or high school near you, there could be a student who would make a great health professional.

Finding those students and guiding them through the process of how to get there is the focus of a program at Geisinger Commonwealth School of Medicine in Scranton.

Dipam Shah is 21 years old, a second-year med student at Geisinger Commonwealth School of Medicine in Scranton. He was born in India but has lived in Scranton since he was 10. He knew early on he was interested in the medical field.

"A lot of the Indian community around here, most of them didn't speak English that well, So I would go and help them interpret for their appointments at doctors and that exposed me to clinical settings," Shah said. "Science was always my favorite subject, so it intrigued me, and I decided to apply and was lucky enough to get into it."

Dipam is talking about a program he became part of in high school sponsored by the medical college called the Regional Education Academy for Careers in Health Higher Education Initiative or REACH-HEI, for short.

Vice president for community engagement Ida Castro explained that the program's genesis came when administrators realized most of the medical college's applications were coming from out of the area.

"Our interest was to attract local students to the field of medicine. Why? Because research shows students that go to medical school tend to practice in areas where they were raised and in the area where they do their residencies," Castro explained.

Castro and her team work with school districts to identify students in middle and high school who are interested in careers in the health field and have potential, not necessarily students at the top of the class.

Ida jokes she's in the diamond business looking for diamonds in the rough.

Students accepted to the REACH-HEI program then attend afterschool and weekend classes and activities taught by faculty and current med students. They do community projects and are even eventually mentored through SAT testing and financial aid application.

"So here they are, seeing a state-of-the-art building, finally visualizing themselves in a place that they had no idea even existed," Castro said.

What's asked of them in return is to pay it forward to their community.

Which is exactly what Dipam Shah is doing. To start, he has made his parents awfully proud.

"They were more excited than me when I got the acceptance letter!" he said.

And he says once he becomes a doctor, he wants to stay and practice medicine in the Scranton area, something he credits to the REACH-HEI program.

"It definitely helped me solidify my decision to go into health care, especially medicine, because I was exposed to a lot of local physicians, I was able to network and talk with them."

Dipam also says he has become a mentor in the REACH-HEI program to help the program's youngest students who are 8th graders.