SCRANTON — The first potential overhaul of the U.S. tax code in 31 years has many folks wondering, what’s next and what it means for them, especiall... 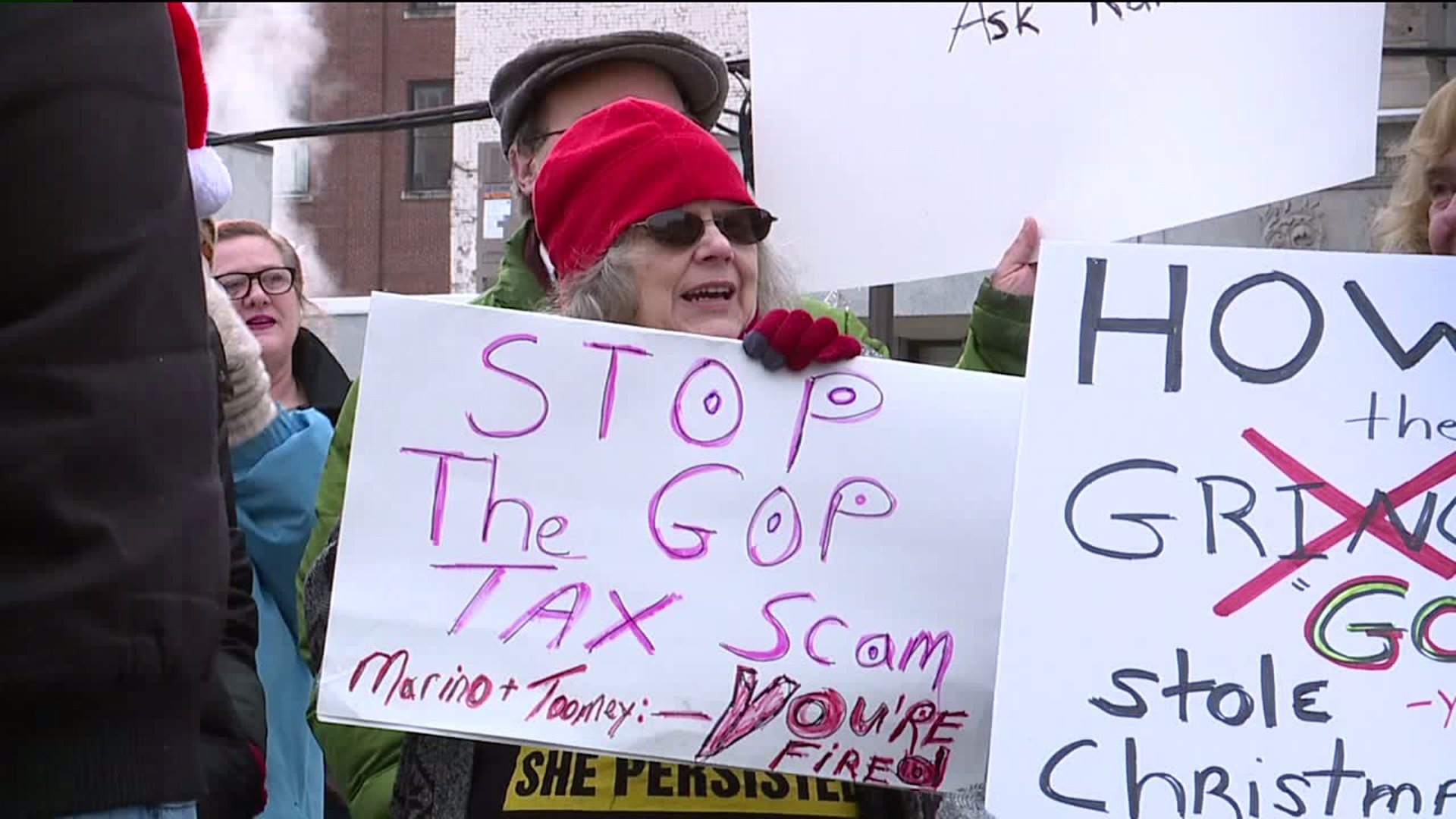 SCRANTON -- The first potential overhaul of the U.S. tax code in 31 years has many folks wondering, what's next and what it means for them, especially those in the middle and lower classes.

Sunday afternoon at Courthouse Square in Scranton, dozens gathered to voice their displeasure with the bill.

Chants of "Kill the bill" rang out and the protesters held signs high.

This group is against the GOP's tax bill that could get a vote this week.

They were joined by Congressman Matt Cartwright and Senator Bob Casey, both Democrats oppose the bill as well, which would drop the corporate tax rate nearly by half. Critics say the bill also benefits the rich.

"I'm disturbed about the way this, so-called tax cut was rammed through Congress, and Senate during the middle of the night. That's the sort of thing they do when they know it's a bad thing," said Elizabeth Thompson of Ransom Twp.

"They're deliberately trying to confuse people and I think that it's sad. I think people need to research what's really in this, and get on really legitimate journalistic sites and look into it," said Gemma Rosato, Scranton.

Congressman Matt Cartwright worries that with the passing of this bill, manufacturing jobs could be lost, which could, in turn, affect people here locally.

"One thing I worry about is that it'll be a further erosion of our manufacturing jobs. There's something in this tax bill that favors multi-national corporations moving manufacturing jobs overseas. We've seen quite enough of that around here," said Rep. Matt Cartwright (D-17th).

For Anna Corbin, her two sons suffer from Noonan syndrome. They rely heavily on Medicaid. They're afraid that if this bill is passed, Medicaid expenses would be cut severely to pay for the GOP's bill.

"We know what it's like to not have Medicaid, and we don't want to go back there again. To know that with this tax bill, if they start cutting Medicaid, they could eliminate the PH-95 waiver and that would leave us right back where we started," said Anna Corbin, Hanover Twp.

The final draft of the bill is ready for a vote. Republicans hope to vote on it this week.

They claim it will help everyone, including the middle and lower classes.

President Donald Trump could sign it into law by the end of the year.