CARBONDALE TOWNSHIP, Pa. — All that rain mixing with all the melting snow was a perfect recipe for flooding and it affected a number of area roads Thursda... 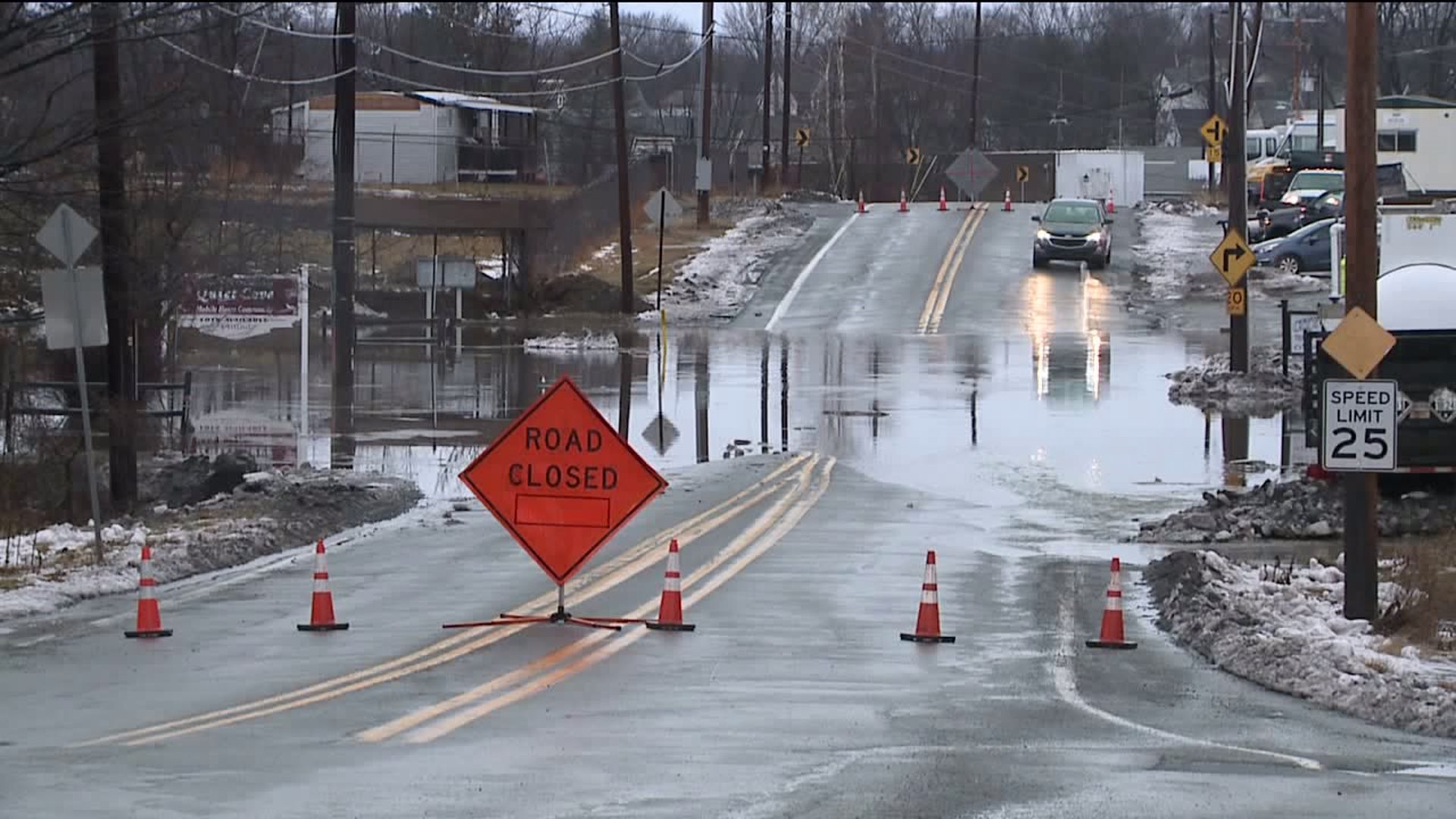 CARBONDALE TOWNSHIP, Pa. -- All that rain mixing with all the melting snow was a perfect recipe for flooding and it affected a number of area roads Thursday evening.

Draining this flooded yard near Carbondale is a cold, wet, slushy mess but somebody's got to do it.

For the Miller family, this is something they do multiple times a year when it rains, including this time last year.

“The township knows that we've been doing this for years, years. I mean how many times do I have to call the township,” said Sandy Miller.

Making the flooding even worse was the melting snow, which left the yard covered with water.

“It started off with a small puddle and then it within an hour tops, it just escalated,” said Brandon Zacchara.

Miller says they've been trying to get Carbondale Township officials to move a drain pipe that she says it dumping rainwater into their yard.

“Fix the drain and reroute somewhere else so the water goes elsewhere but not in my backyard,” said Miller.

The family says because of all the flooding, the pool is now a total loss. They plan to take it down in the spring.

“It's sad, it's sad, all of our memories,” said Zacchara.

In Luzerne County, it was back roads that fell victim to flooding.

Both Oak Street in Pittston Township and Main Street in Jenkins Township were closed to traffic.

However, that didn't stop many drivers.

“Just one area that I saw that was badly flooded, but you go through it slowly and it's fine,” said Linda Calabrese from Pittston.

The issue now for drivers is all that wet pavement could become icy as temperatures are expected to be in the 20s on Thursday night and Friday morning.