MOOSIC, Pa. — The heat didn’t keep baseball fans inside on Friday night. Two hours before the first pitch, fans were lined up outside of PNC Field a... 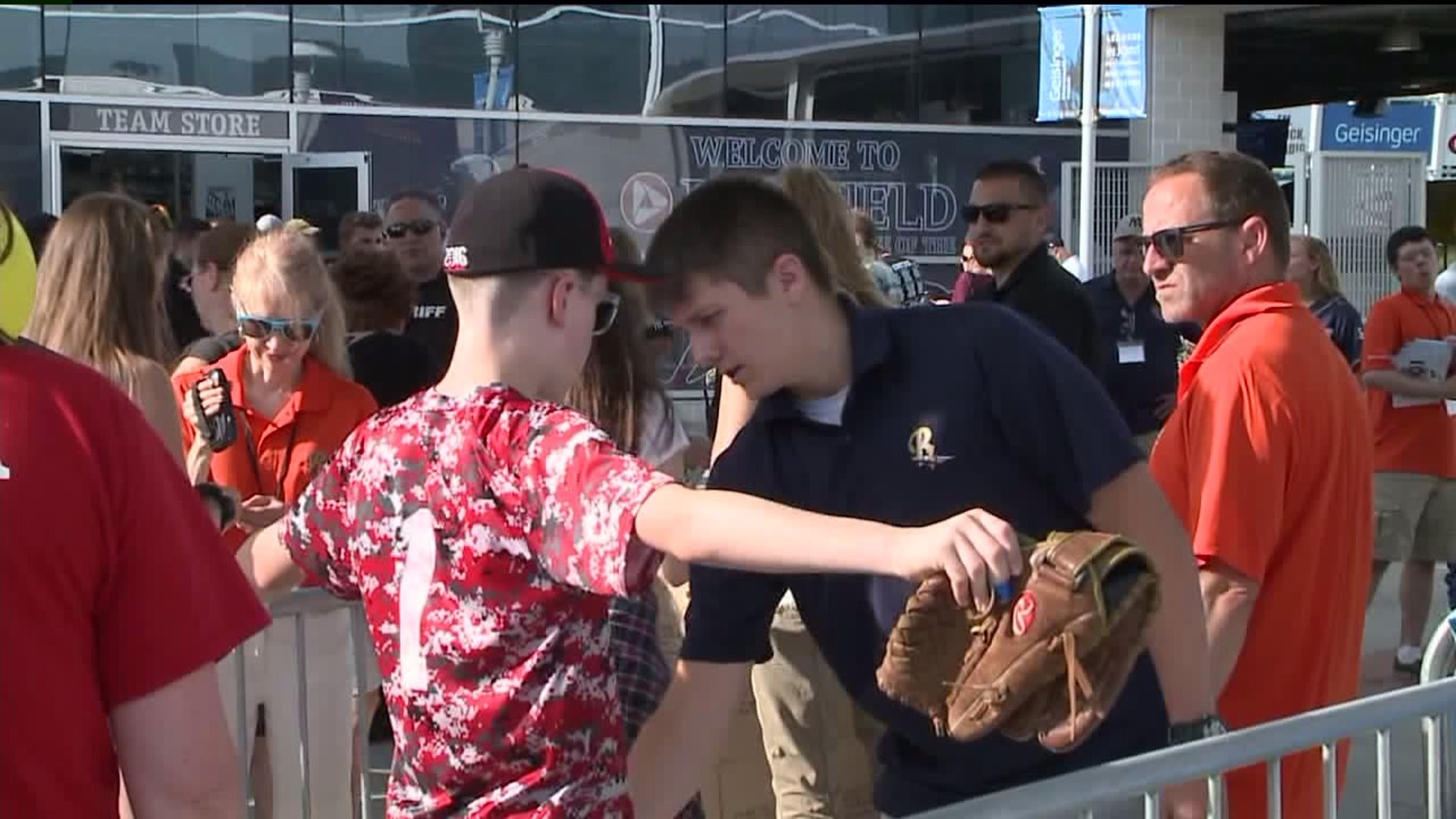 MOOSIC, Pa. -- The heat didn't keep baseball fans inside on Friday night. Two hours before the first pitch, fans were lined up outside of PNC Field at the RailRiders played host to the Pawtucket Red Sox.

For the first time in the ballpark's history, fans were greeted at all entrances with metal detector wands.

"It's going to take a couple more minutes to get through but you're going to expect to be at a safe place and you can enjoy yourself while you're here. That's really it," said Josh Olerud, RailRiders President and General Manager.

Fans tell Newswatch 16 the beefed up security didn't slow the line all that much. Once inside, they were able to kick back, enjoy some food and drinks and take in some baseball.

"I think that's great. With all of the nonsense going on around the world, it's better to be safe than sorry. They take care of you then you can come in here, relax and enjoy the game," said Rick Schultz of Milford.

The added safety is always worth the money, whether it be wands or whether it be parking. I think it's a good thing," said Michael Umphred of Wilkes-Barre.

The process is similar to what many fans run into if they go to a sporting or music venue.

"The heightened security. They now have wands as you walk in. I'm game. I have two kids here. I want safe, so I'm all for it," said Marjorie Balas of Plains Township.

Starting in 2019, instead of metal detector wands, the RailRiders say fans will be walking through actual metal detectors at the ballpark in Lackawanna County.