JESSUP, Pa. — Jessup police have confirmed they put down multiple raccoons and foxes that have acted strangely and do not seem to fear people. While these... 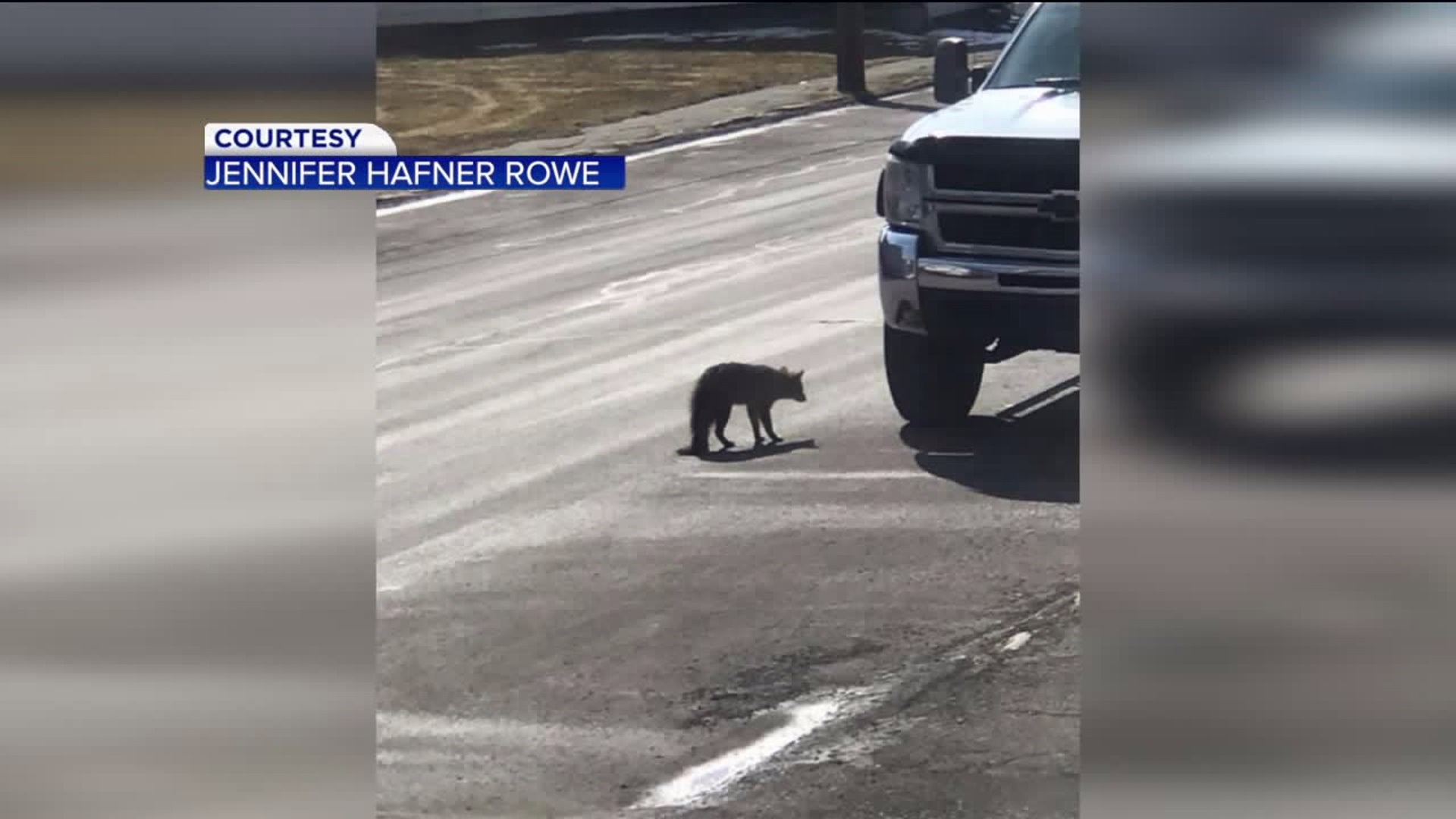 JESSUP, Pa. -- Jessup police have confirmed they put down multiple raccoons and foxes that have acted strangely and do not seem to fear people.

While these animals are not confirmed to have rabies, authorities are warning community members to stay vigilant.

"I initially thought it was a cat hit by a car so I stayed back a block and a half because I didn't want to rile my dog up," said Michael McAndrew.

Michael McAndrew was on his way to his barber shop in Jessup when he saw a fox he believed was rabid. He took a video of the fox from his truck on 2nd Avenue on Friday afternoon.

"He started to curl up in a ball and roll around on the ground, run in circles and started snarling and snapping at the sky and making all sorts of hissing noises," said McAndrew.

Jessup police posted a note to the department's Facebook page alerting the community that a raccoon and a fox were seen acting out of character and confirmed those animals were euthanized.

But this isn't the first time Jessup has had a problem with wildlife acting strangely. Last month Jessup borough posted on its Facebook page warning residents to keep their distance from animals acting unusually.

"It's the third fox we've had in Jessup in a week and a half two weeks and I believe it's two raccoons, that they had to euthanize and it is concerning because we don't know what's causing it," said Jerry Trinella.

It was right here on this street where that fox was euthanized but residents say they are still concerned about the safety of their community.

"My concern and of course everybody elses is why have there been so many rabid animals in town. What's causing the rabies?" McAndrew said.

"There's always young children around, there's a school right around the corner and they had to euthanize a fox today right on this corner," said Trinella.

It is not confirmed that this fox had rabies but did exhibit behaviors that the Game Commission says could be due to rabies or distemper.

Officials recommend that if you see what you believe to be a rabid animal,  stay far away and call 911 or the Game Commission immediately.