We spent the day at Lackawanna State Park to see if people were taking advantage of the surprise start to the trout season. 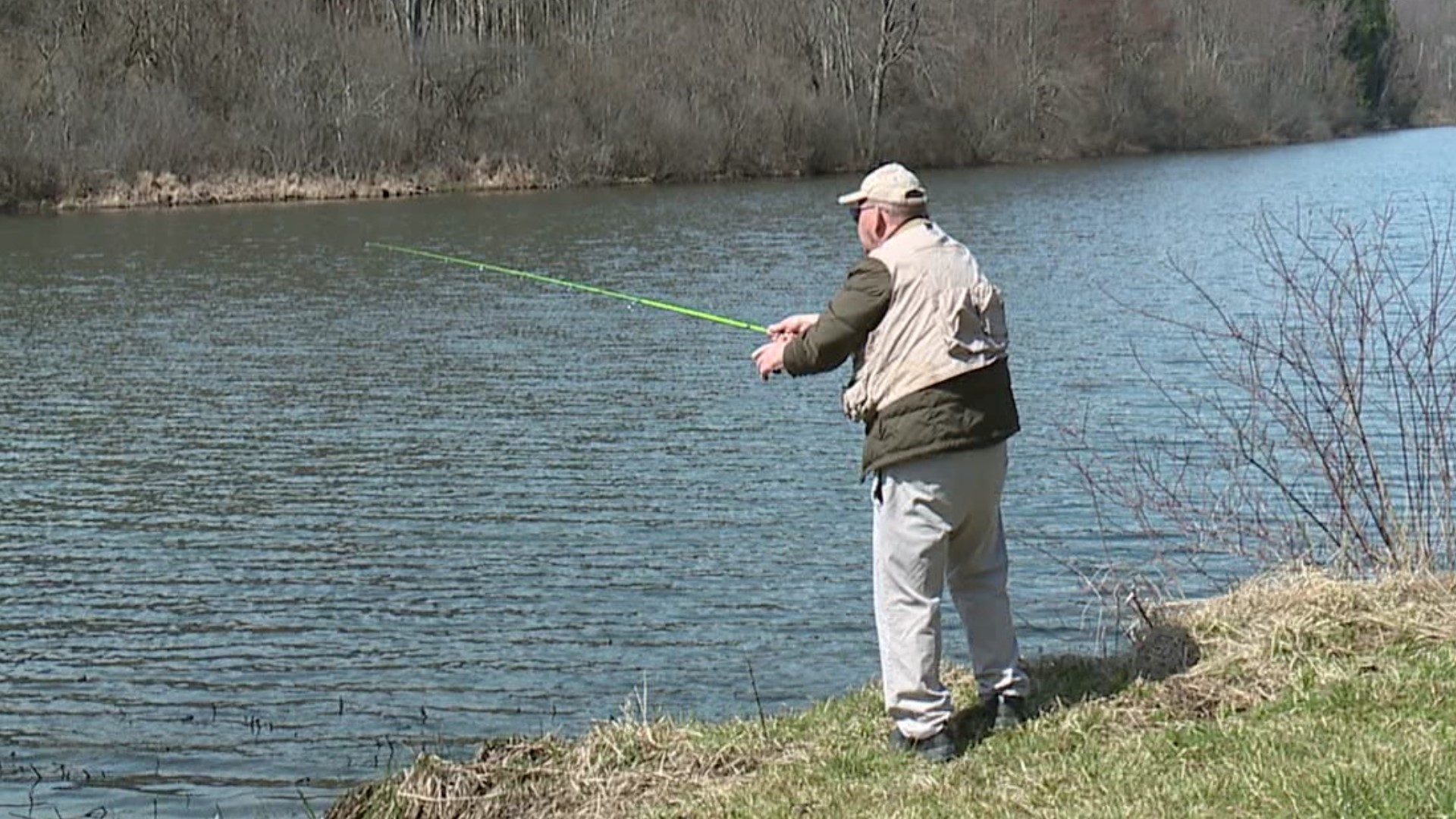 LACKAWANNA COUNTY, Pa. — It was a quiet day at Lackawanna State Park. You could hear the birds chirping, the lake lapping at the shore, and the occasional sound of a fisherman casting a line.

You'd never know it was opening day of trout season.

The Pennsylvania Fish and Boat Commission says that was by design. The state changed the date, without giving much notice, in order to prevent large crowds of people from flocking to the lakes and streams.

"If we kept that date of April 18 on the calendar, it just provided another day that people could plan large gatherings around," said Mike Parker, Fish and Boat Commission.

The sudden change was a pleasant surprise for many.

Some people heard the announcement in the morning and rushed out the door to claim their spot by the lake.

"A friend of mine sent me the website, and then I called the Fish Commission, and they said, 'yeah, it opened at 8 o'clock this morning!" Rich Mierzejewski said.

"I was reading my iPad today and what popped up but surprise! 8 o'clock starts trout season. I was shocked, and I saw that it was a terrific day, so I gathered all my stuff, and here I am," Moher said.

Others were there to kayak and catch other fish, but running into Newswatch 16 and hearing the news called for a change in plans.

"Didn't even know trout season was in! Now I am. I look forward to it, that's good news," Jim Petorak said.

Luckily, fishing is already an activity many people do alone. But to further encourage social distancing and limit travel, the Fish And boat Commission is asking people not to travel more than 15 minutes from their home to go fishing, cover your face when you're outside and around others, and if you're not fishing alone, only fish with those who live under the same roof as you.