Calls for justice in Scranton

It's just the latest protest in communities large and small after the death of George Floyd at the hands of police last week in Minnesota. 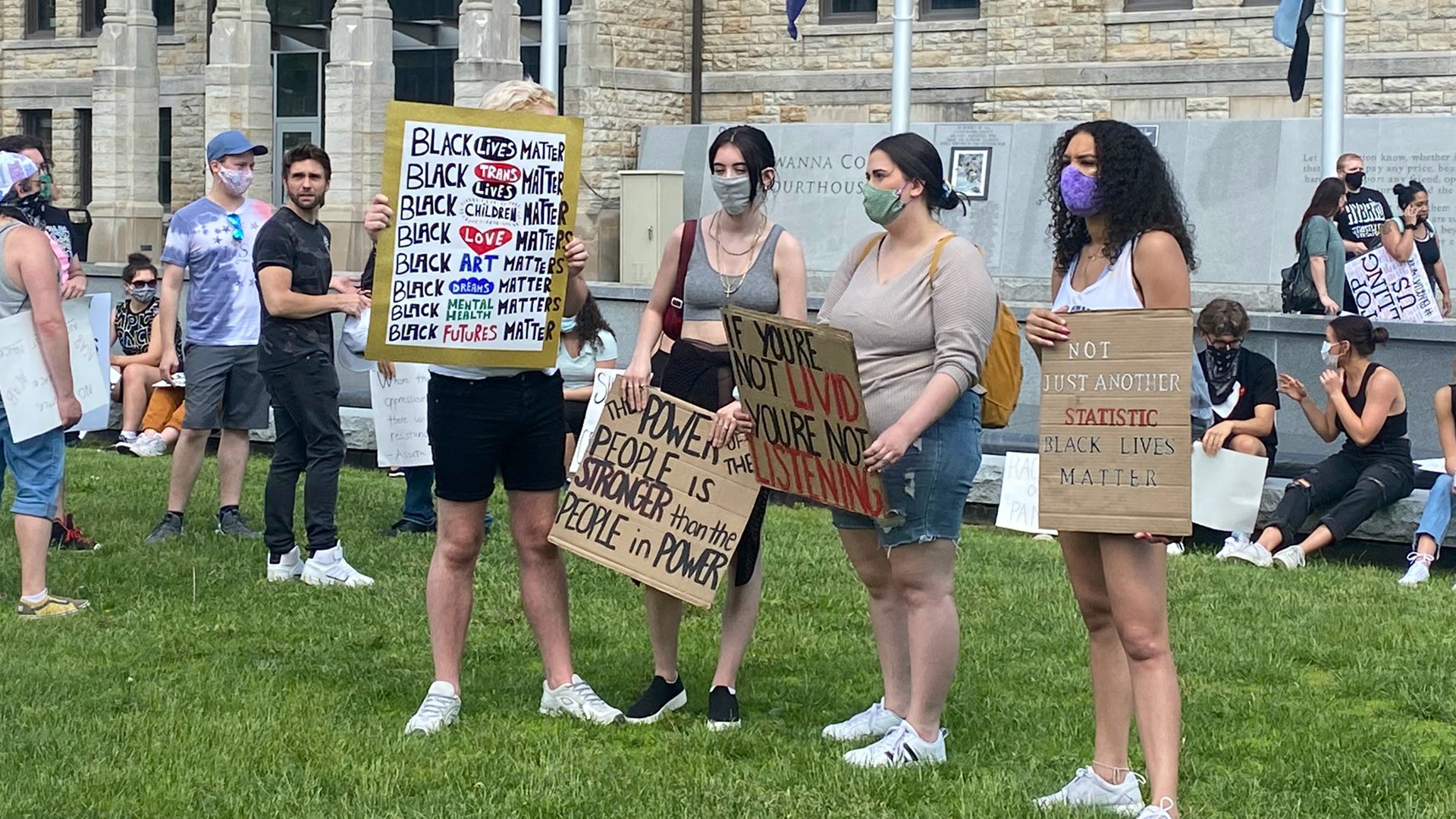 SCRANTON, Pa. — A crowd of people gathered in downtown Scranton on Friday, calling for justice.

People are marching around Courthouse Square in Scranton for the Black Lives Matter movement. Demonstrators are dressed in black and carrying signs in honor of George Floyd.

Organizers say that demonstrators plan to chant the names of people who have died because of police brutality, and then they are going to lie on the ground for 8 minutes and 46 seconds. That's how long police officers in Minneapolis, Minnesota kneeled George Floyd's neck.

Organizers emphasized this is a peaceful protest is scheduled to continue until 6 p m.

"This has to stop. People no matter what your race or color or ethnicity, sexual orientation, anything like that, everybody should be given a fair opportunity at life," Miranda Chemchick said.

"It's pretty nice to see that something like this can actually work out and see that there's a lot of people here to support," Bratt McCloe said.

"It's hard, it's really hard sometimes just to not cry because it hurts. It hurts to be out here because I know why we're out here. And I often think that if we were just treated the same way I wouldn't have to do this, and my voice wouldn't be blown out because I'm trying to scream for basic rights," said Hailey Wilushewski.