LACKAWANNA COUNTY — One of the little-known risks at elder care facilities involves men with dementia who become sexually aggressive toward other patients... 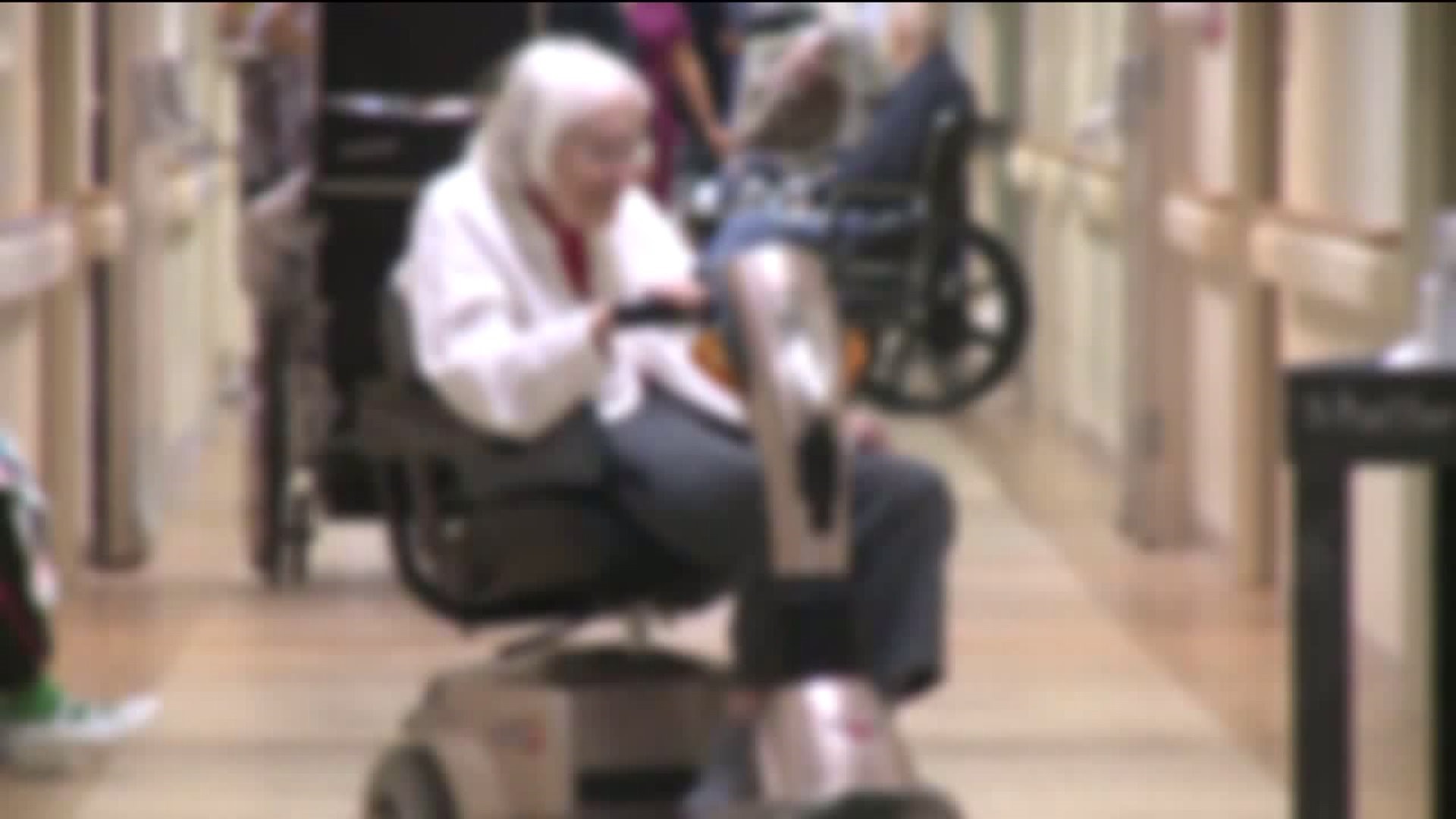 LACKAWANNA COUNTY -- One of the little-known risks at elder care facilities involves men with dementia who become sexually aggressive toward other patients and staffers.

One expert on dementia estimates 15 percent of men with dementia or Alzheimer's will act out in a sexual manner, sometimes very aggressively.

As our population ages, experts say we see more men whose mental capacity deteriorates faster than their physical strength and sex drive.

Amanda Granville worked for a year and a half as a nurse at Oakwood Terrace in Moosic. This summer, a man in his mid-70s with dementia was admitted to the facility, which specializes in caring for such patients.

Granville says from that first day until she left weeks later, the man exposed himself and made lewd comments to her. Granville says the man also attempted to sexually assault five female residents, including one who was very vulnerable.

"This woman's in a wheelchair, she can't really defend herself, not can she actually make full sentences so she could tell you what's going on," Amanda Granville said.

The man no longer lives at Oakwood Terrace, but sources confirm to Newswatch 16 that these incidents were part of the reason for a raid there last month.

In another case in Lackawanna County, the family of an elderly woman with dementia is suing Allied Services. The civil suit accuses Allied's elder care facility on Smallacombe Drive in Scranton, of failing to protect the woman and others from a sexually aggressive man with dementia.

The suit claims a nurse failed to stop the man from sexually assaulting the woman earlier this year, and that the same man tried to sexually assault other female residents he mistook for his late wife.

We are not naming the men involved in the incidents at Oakwood Terrace and Allied Services because they are not being criminally charged.

"When you have patients that are engaged in this type of behavior, it's diseased behavior, not deviant behavior," said James Siberski.

James Siberski is the director of the geriatric care management program at Misericordia University in Luzerne County. He says elder care facilities often don't properly train staffers to deal with patients whose conditions cause them to lose control of their impulses.

"I don't want this facility to get shut down, I just want them to have the proper management to take care of these residents," Granville said.

Oakwood Terrace Spokesman Kurt Knauss send us this statement in response to our story.

“As a patient-centric facility, Oakwood Terrace holds the health and safety of those in our care above all else. Out of respect for all residents’ privacy and in accordance with our policies and related regulations, we cannot comment on specific residents. However, concerns raised by residents or their families are always a priority, and we have responsive procedures in place to hear and listen to residents and families, understand related challenges, and address them in a timely manner, just as we are doing here. We constantly examine the efficacy of our policies and procedures, and engage residents, families, and staff to gain greater insight into how they are implemented. The ultimate goal is to always improve upon our delivery of care wherever and whenever possible.”

The vice president of Allied Services says the organization cannot comment because of the medical conditions of the residents involved but says patient safety is Allied's highest priority.