SCRANTON, Pa. — It was the most dramatic day so far in the federal trial of Shawn Christy. The government finished presenting evidence that it says proves... 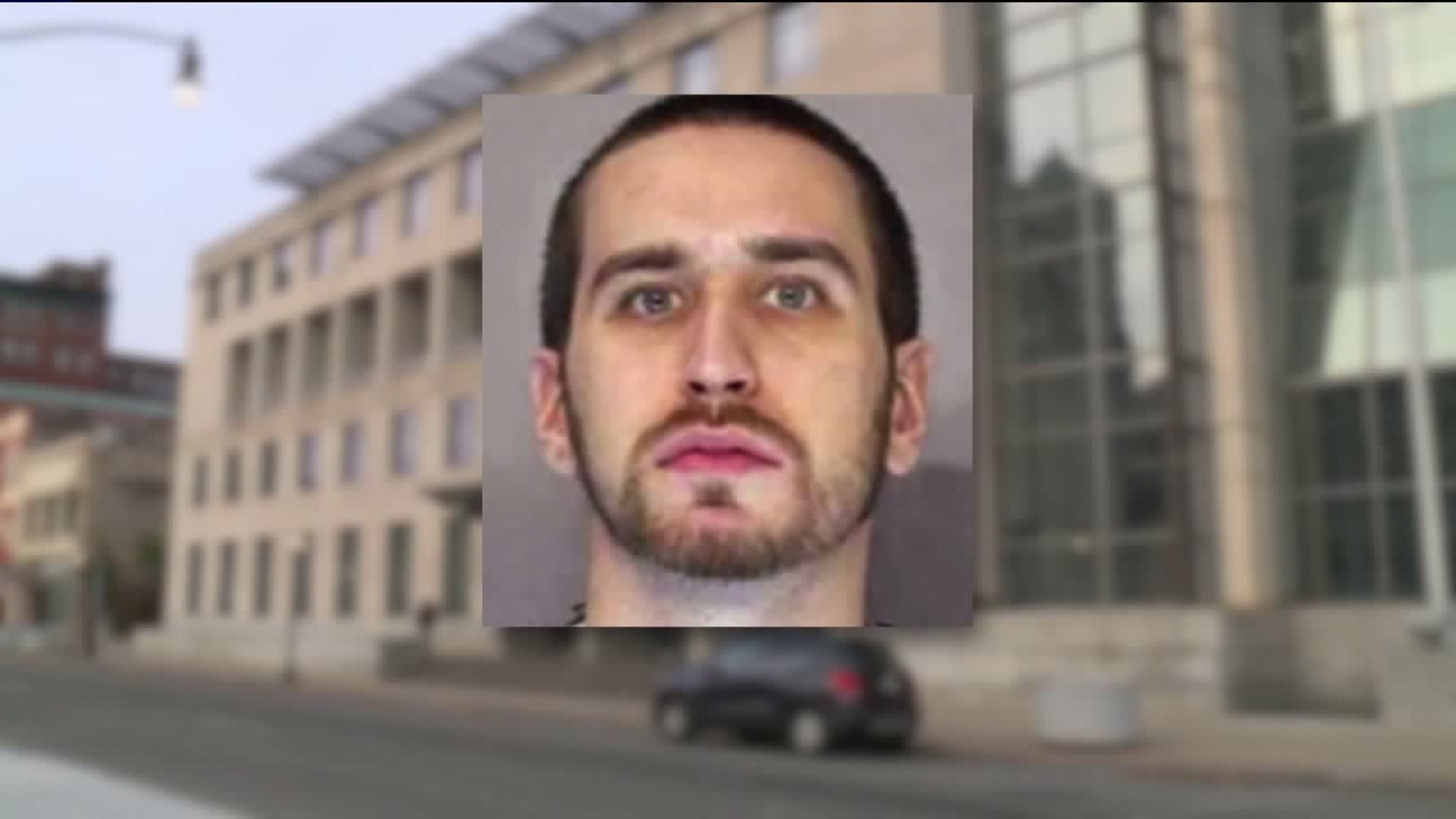 SCRANTON, Pa. -- It was the most dramatic day so far in the federal trial of Shawn Christy. The government finished presenting evidence that it says proves Christy threatened to kill President Trump and committed a string of federal crimes while on the run.

One of the government's final witnesses testified about Christy's past history with former Alaska Governor Sarah Palin. That history dates back to 2008, and Christy's family says it marked the beginning of a decade of unfair treatment by law enforcement and elected officials.

"As I've said in the past, if she would have come out and talked to us, if she would have been half a decent person and talked to us, but now she turns around and says, 'Oh, we're the crazy ones!' because we want to find out why she didn't talk to us," said Karen Christy, Shawn Christy's mother speaking to Newswatch 16 in 2011, right after her son and husband were arrested on federal harassment charges in connection with then-Alaska Governor Sarah Palin.

The Christys claim someone claiming to be Sarah Palin, or someone associated with her, began texting their then-17-year-old son sexual messages after he called Palin's office in 2008 looking for information about her vice presidential campaign. 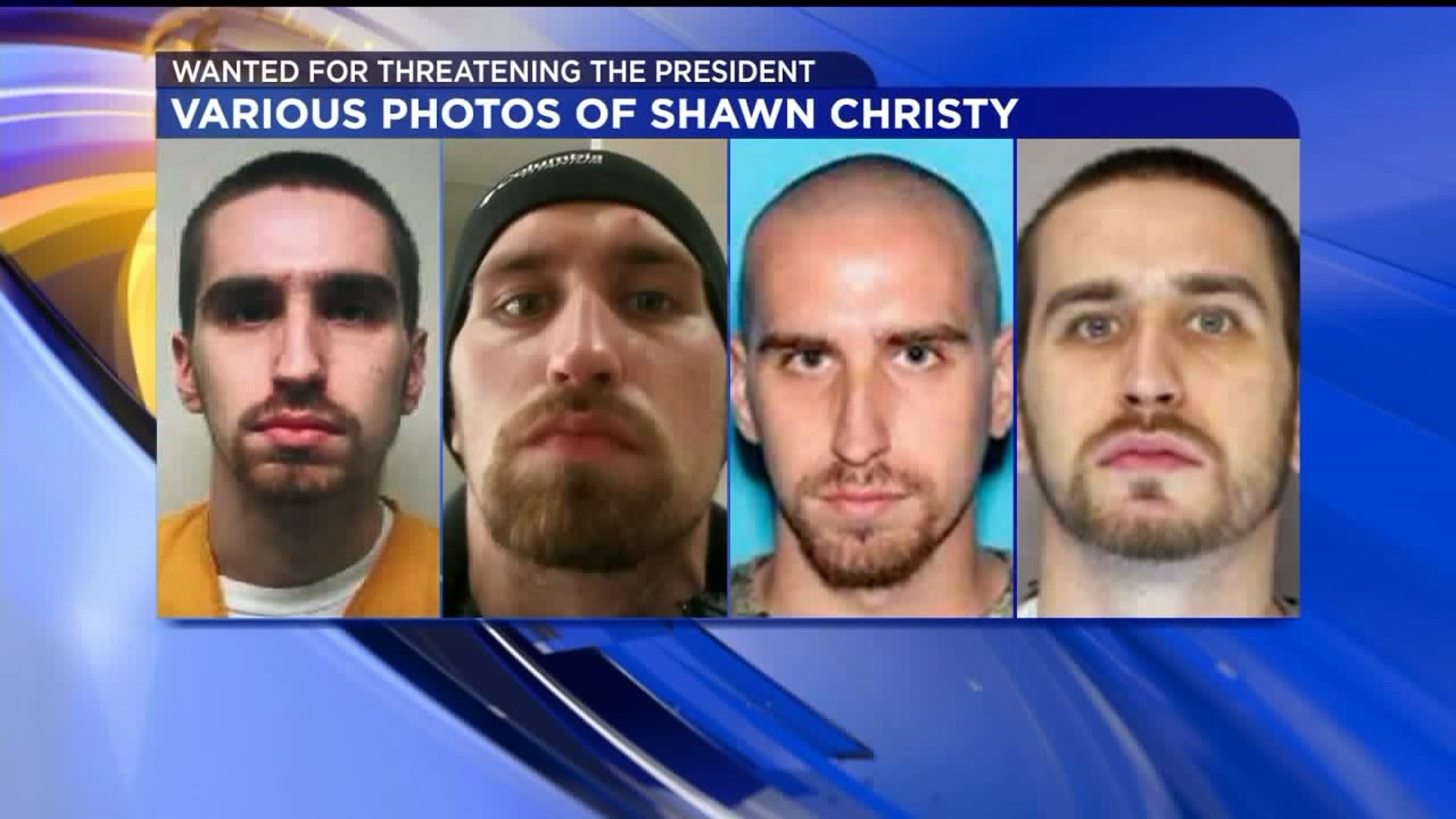 Now, as Christy faces decades behind bars for allegedly making threats to the president and committing a string of crimes while on the run from authorities last year, the Christys believe their son has been set up by the government.

"Who's to say that that person who was that texter in 2009 wasn't the FBI? That's not so big of a conspiracy thing. They do it every day!" said Christy's father Craig Christy.

While on the run last summer, Christy is accused of breaking into the home of Sarah Palin's former son-in-law Dakota Meyer in Kentucky. Prosecutors say Christy stole a vehicle from Meyer.

"I couldn't imagine living with what's in his head, and what he believes, and to live in a world where you feel like you question everything as much as he does," said Dakota Meyer, Bristol Palin's ex-husband.

Meyer served in the Marines and received a Medal of Honor for his actions in Afghanistan. He testified that he now pays about $2,000 a day for armed security for his two children and for his ex-wife Bristol Palin, because of that break-in.

He stated during his testimony: "I have to go to work and leave my kids at day care and wonder if I'm going to see them again, because of somebody I've never met."

Meyer says he was also the subject of social media threats by Christy's family, and that Christy's father has repeatedly called him a "fake war hero."

Christy showed the jury a Facebook post Meyer wrote after Christy was captured last year, in which Meyer stated it was unfortunate that Christy and his father weren't brought out in body bags. Meyer testified that he still feels that way to this day.

"I will be praying for him and his family. I mean, at the end of the day, his family's the ones that suffered the most," Meyer said.

Federal prosecutors wrapped up their case against Christy by playing recordings of several conversations between Christy and others he talked to while in jail in Ohio. That's where Christy was captured last September after three months on the run.

In those conversations, including some with his father, Christy can be heard essentially admitting to, bragging about, and laughing over many of the crimes he's accused of committing while on the run. He mentions stealing vehicles and breaking into homes and businesses.

After those recordings were played, Christy began his own defense.

He called his father to the stand. Craig Christy testified that he's the one who originally reported the Facebook post from last year to law enforcement agencies and to the Secret Service.

Prosecutors say Shawn Christy wrote the post as a threat to President Trump. Christy has called the post an "off-the-cuff statement" and argues that there's no proof that he's the one who wrote it.

But prosecutors say the testimony from Christy's father shows that even his own family considered the threat to be legitimate.

Christy's mother Karen also testified on her son's behalf. She told jurors there was a reason that Shawn made the alleged threat and then went on the run. They say he was treated unfairly in a 2017 assault case in Schuykill County that involved a fight with the Mayor of McAdoo.

During her testimony, Karen Christy accused a McAdoo police officer of altering video evidence of the fight.

Christy missed his first court date for that assault case in May of last year. That's when a warrant went out for his arrest, the threats were made, and the manhunt began.

Karen Christy testified, "No one has ever protected Shawn's rights. Everything he's worked for in his life has been taken away from him."

Shawn Christy, acting as his own attorney, plans to call himself to the stand on Monday.

The judge reminded him that once he takes the stand, any prior felony convictions he has will be fair game for the government to question him on, and that could hurt his credibility.'