JEFFERSON TOWNSHIP, Pa. — A township in Lackawanna County is discussing the possibility of building a new trash transfer station. A public hearing is bein... 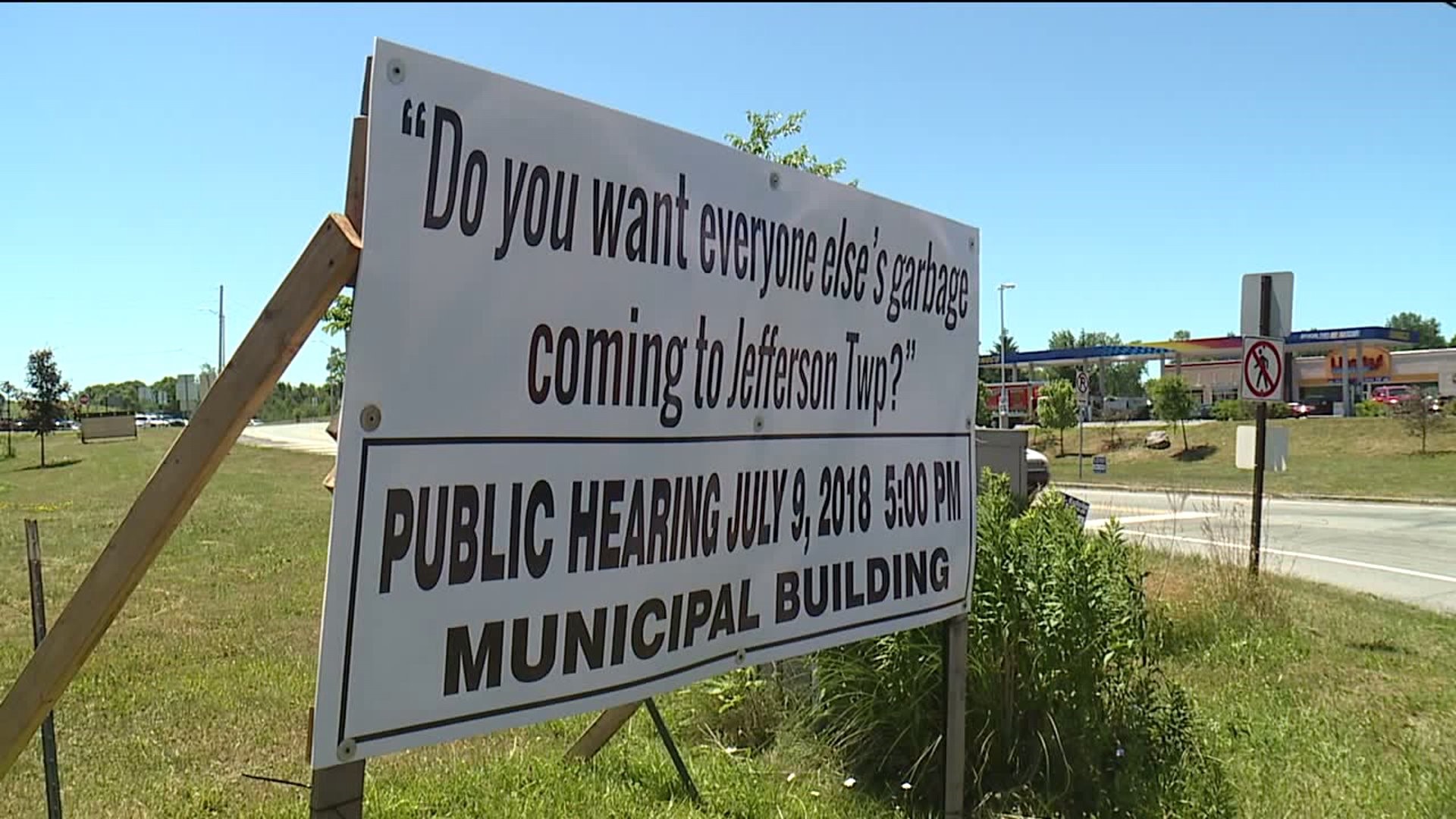 JEFFERSON TOWNSHIP, Pa. -- A township in Lackawanna County is discussing the possibility of building a new trash transfer station.

A public hearing is being held at the Jefferson Township municipal building concerning a new trash transfer station coming to the township. A sign down the road opposes the project, but those we spoke with today have no problems with it.

A public discussion has been sparked on the possibility of a new waste transfer station owned by County Waste on Cortez Road where Butler's Disposal used to be.

According to township officials, the current transfer station, which is currently outdoors, would become an indoor facility.

The possibility of all this didn't bother Jefferson Township residents Newswatch 16 spoke with.

"In the weather, you get the smell. You get the sun beating on everything, the wind taking the garbage, the rain washing stuff into the ground. It just seems like a great idea that they would enclose the whole structure and seal it up," said township resident Joseph Evans.

"It's not an eyesore. It's down where people can't really see it, and people who just live up that way, they're the only ones who see it anyway, so it's OK by me," Sandra Russell said.

Neighbors familiar with the proposal say that County Waste has offered to redo Butler Hill Road. It's in bad condition and neighbors say they're excited about the possibility of this being redone.

"It can get really bad, especially in the winter, and when we get a lot of rain, it washes out and it just sucks," said Shawnee Straut.

"That's a very positive aspect of it. I like that we can have the road repaired because everybody up there would probably appreciate that, too," Russell said.

"It's going to benefit the people at the top of the hill who live up there and travel the road every day. Especially in the winter time. It's really bad," Evans said.