The president spoke to a crowd at Mariotti Building Products in Old Forge. 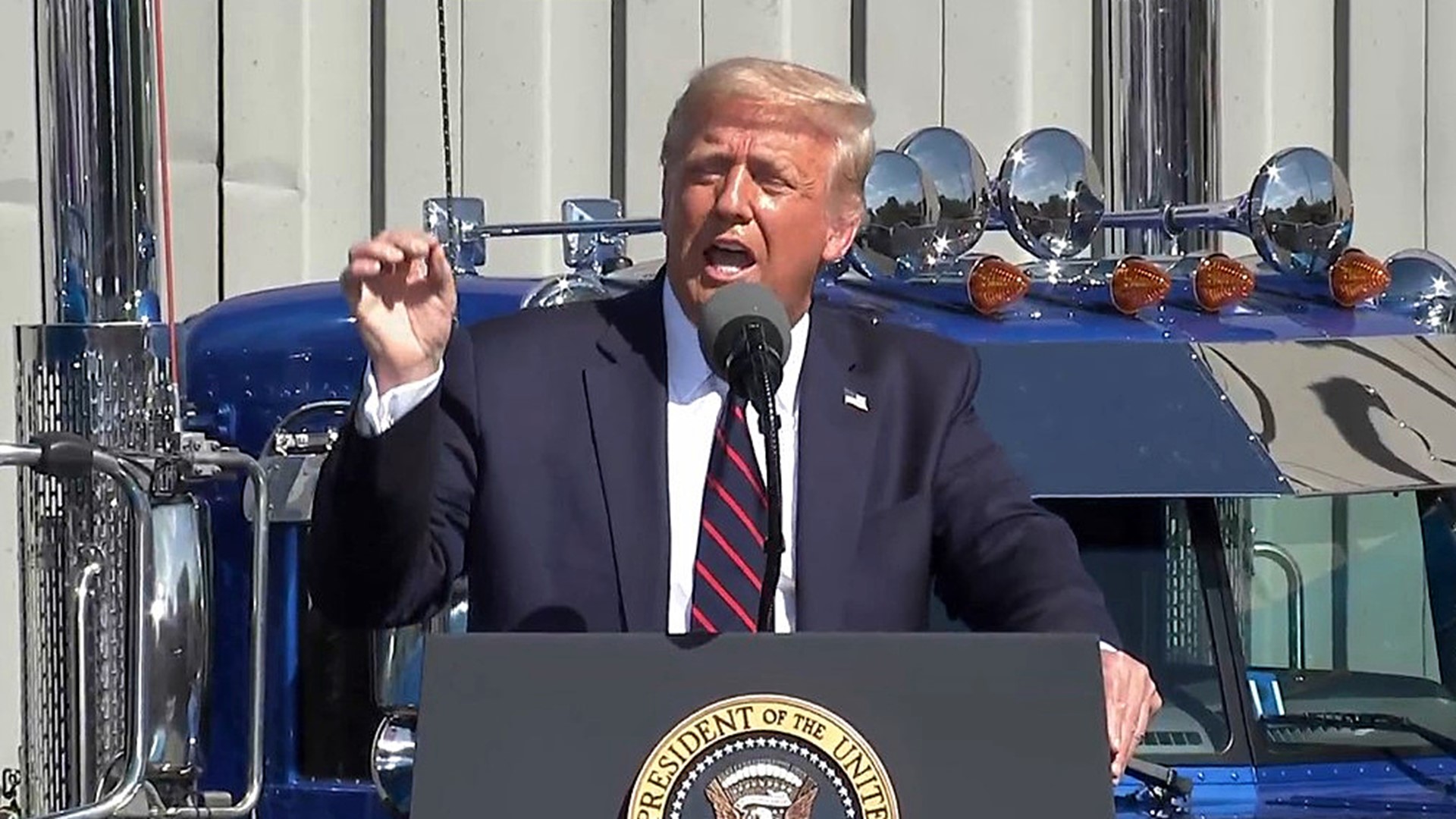 OLD FORGE, Pa. — President Donald Trump made a campaign stop in Lackawanna County on Thursday, blasting his Democratic opponent Joe Biden, a Scranton native, while also promoting his economic programs and plans for his second term.

Pres. Trump landed at the Wilkes-Barre/Scranton International Airport Thursday afternoon and his motorcade brought him to Mariotti Building Products in Old Forge.

He began his campaign speech just after 3:30 p.m.

"So tonight, we have Slow Joe will speak at the Democrat convention. And I'm sure he'll just knock 'em dead. And he'll remind us that he was born in Scranton, but you know he left like 70 years ago," said Pres. Trump. "I view it differently. He wasn't born here. He abandoned Scranton."

The president also evoked images of violence in some of the nation’s biggest cities during his own presidency, saying it will only spread if Biden is elected. He says that if voters “want a vision of your life under a Joe Biden presidency, imagine the smoldering ruins of Minneapolis” and “the violent anarchy of Portland” coming to every city.

“There’s only one thing standing between your family and the radical left-wing mob,” he says. “And that’s your vote this November.”

Trump acknowledged the importance of Pennsylvania in his election in 2016, and noting the crowd of supporters outside the rally, said he believed he would win the state again this year.

President Trump spoke for about an hour, ending around 4:30 p.m.