It's his first official visit to his hometown as President of the United States and Joe Biden is scheduled to be in the area on Wednesday. 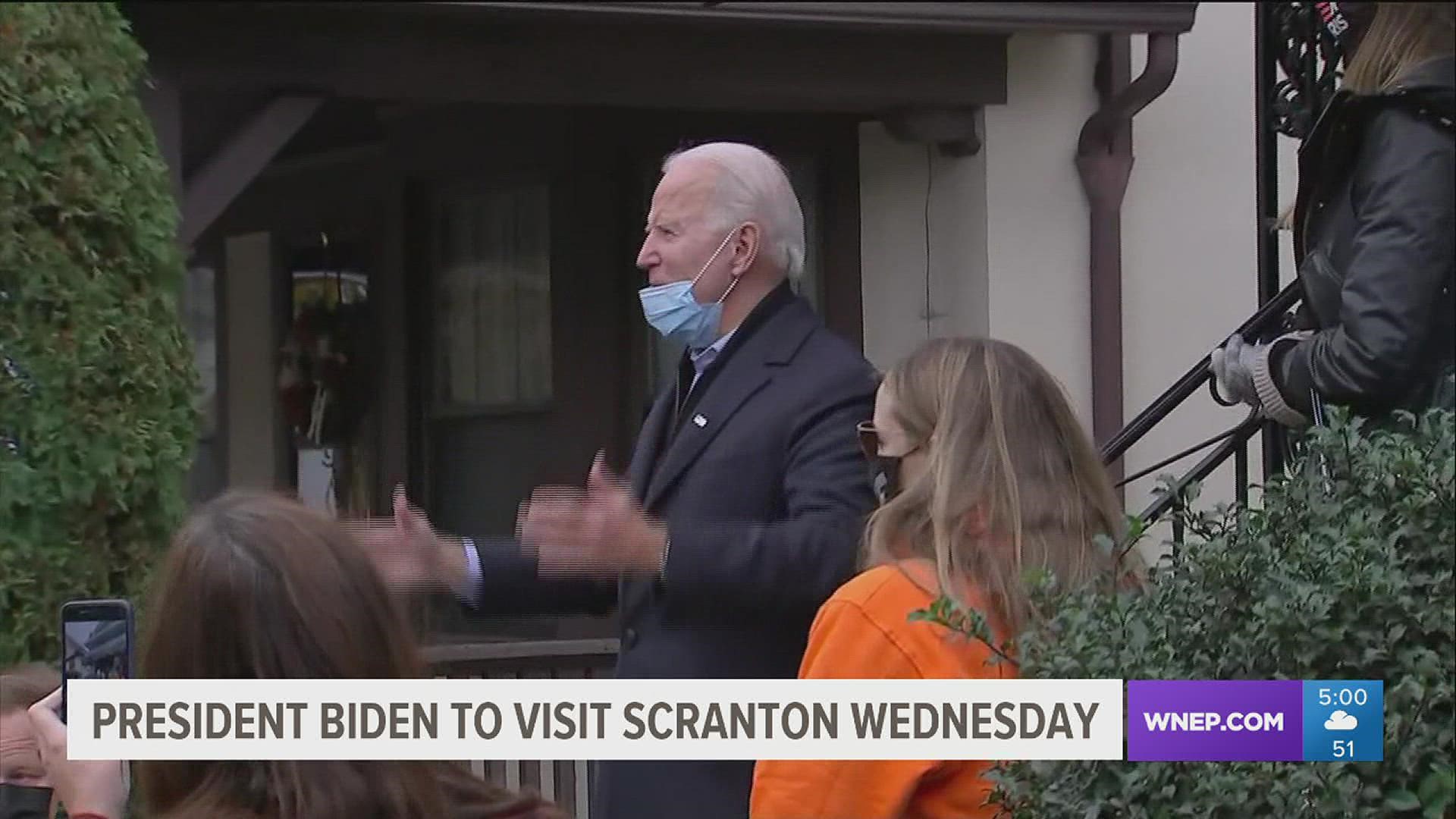 President Biden's visit will cause road closures. Click here for the story.

It's been almost one year since Joe Biden visited Scranton. The first since he was elected President on election day in 2020. Joe Biden always brings a buzz to the Electric City, and it's likely his visit this time will be more of the same.

So far, all we do know is that he will be in town on Wednesday.

People we spoke with say they are excited about the possibility of seeing the President while he's here.

"I think it's good that he's coming back to visit his hometown, must be exciting for the people around here having someone from their area, that's like, you know, famous now and running the country," said Katie Cherico, University of Scranton student.

"That's so fun. I mean, I feel like there's so much political things that go on in Scranton. Last year, Trump was here. Biden's always here; it's cool. This is his hometown, so I'm excited," said Sophia Meyer, University of Scranton student.

The timing of the visit is interesting.

First, signs on Interstate 81 for the expressway leading into Scranton were changed from the Central Scranton Expressway to President Biden Expressway.

The new signs along the former Spruce Street now read as Biden Street.

"It's cool because this is his hometown, so this is a nice way to represent the president."

The change of names is something that people are still getting used to, coming in with mixed reviews.

"It kind of happened pretty fast, and no one really knew, so maybe. They did that back home, like with our Tappan Zee Bridge. They named it after Governor Cuomo and everybody just still calls it the Tappan Zee, so I feel like that's just what's going to happen to the expressway."

On Election Day 2020, Joe Biden was in Scranton to encourage voters. Check out his full interview below.