Preserving a Piece of Diner History

MOOSIC, Pa. — There’s a big hole on Birney Avenue in Moosic where the former Moosic Diner once stood. Rick and Russell Rinaldi, who own Cafe Rinaldi... 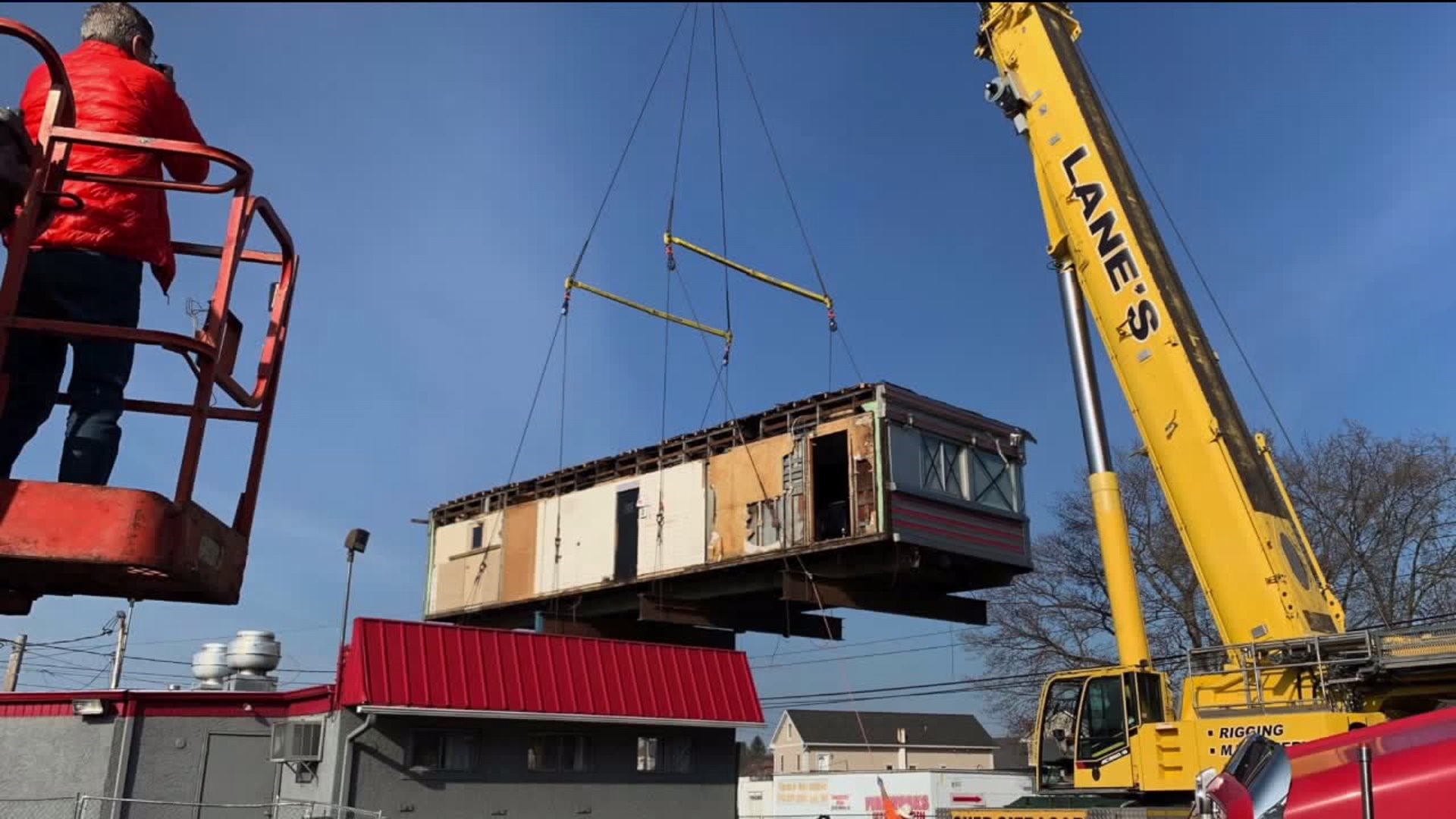 MOOSIC, Pa. -- There's a big hole on Birney Avenue in Moosic where the former Moosic Diner once stood.

Rick and Russell Rinaldi, who own Cafe Rinaldi in Old Forge, plan to build a new take-out restaurant on the old foundation. The old Moosic Diner may be gone from this spot, but it's not far.

"When this first happened about two weeks ago, people sort of got up in arms about it. They had it on Facebook, 'Oh my God, they're destroying the diner. They're doing this.' They're not though. The owner of the diner is preserving it," said Russell Rinaldi.

A crane lifted the front of the diner, a prefabricated portion popular in the 1950s.

"Most people don't want them destroyed. They're a piece of history, so you pretty much separate it from the building that they build onto it. You slide it away from it, and you have the crane come in and pick it up," Smith explained.

The diner will stay right here until the owner moves it to a new location or decides to sell it to somebody new.

"It's going to find a home somewhere, for sure. We're really happy about that, instead of just coming in and wrecking it, you know?" said Rick Rinaldi.

The Rinaldi brothers plan to open their new place here sometime this summer.

"It's where all these roads meet. If you get on (Interstate) 81, you have to drive by here and when you get off 81, you come to the bottom of the hill. It's the location," Rick Rinaldi said.

Cucina Rinaldi will have a whole new look, but its owners say it's nice to know that the classic diner look of days gone by will still live on.