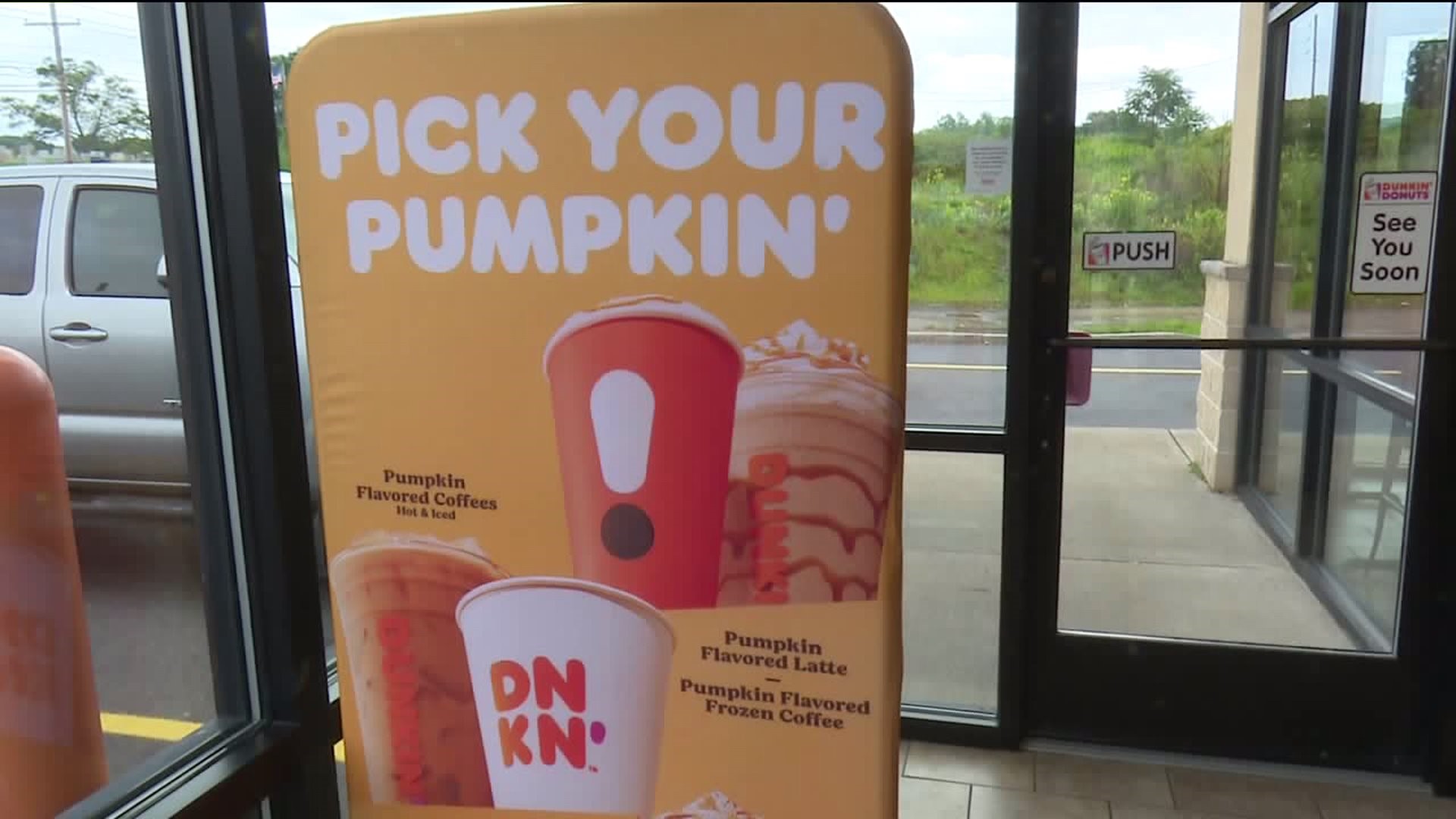 Are people ready for fall, or are they still clinging to the final taste of summer?

Pumpkin spice is back at Dunkin'. Halloween candy is on supermarket shelves. Costume stores are open for business.

Some say this push for pumpkin is premature.

"It's too early!" said Joe Zaccone. "They do that with everything -- Halloween, Christmas, Easter, everything."

"They do kind of rush every season. I think Christmas stuff will be coming out in the stores," Jeff Sears said.

"We're not ready for fall yet. We're still getting ready for back to school," Stewart Powell said.

At Gerrity's Supermarket in Moosic, the seasonal tension is clear with one lone Fourth of July pinwheel surrounded by a sea of Halloween candy.

"I'm done with the hot weather, but I don't know about the pumpkin spice and the Halloween costumes yet. I kind of want to enjoy the changeover into the season," Michel Lipperini said.

Some say "too soon," but others say "not soon enough." The employees at the Dunkin' in Moosic tell Newswatch 16 people have been asking for pumpkin-flavored coffee for months.

"I love it, it's my favorite thing!" said Celeste Wood.

And over at Spirit Halloween in Dickson City, Margot and Marnie Azzarelli say it's never too soon to celebrate their favorite holiday.

We haven't even said Happy Labor Day yet, and some are already saying Happy Halloween!