Prayer Before Football Game Ruled Against The Law

DUNMORE — Dunmore’s football team enters Friday night’s playoff game with an undefeated record. But the Bucks will have to scramble as they ho... 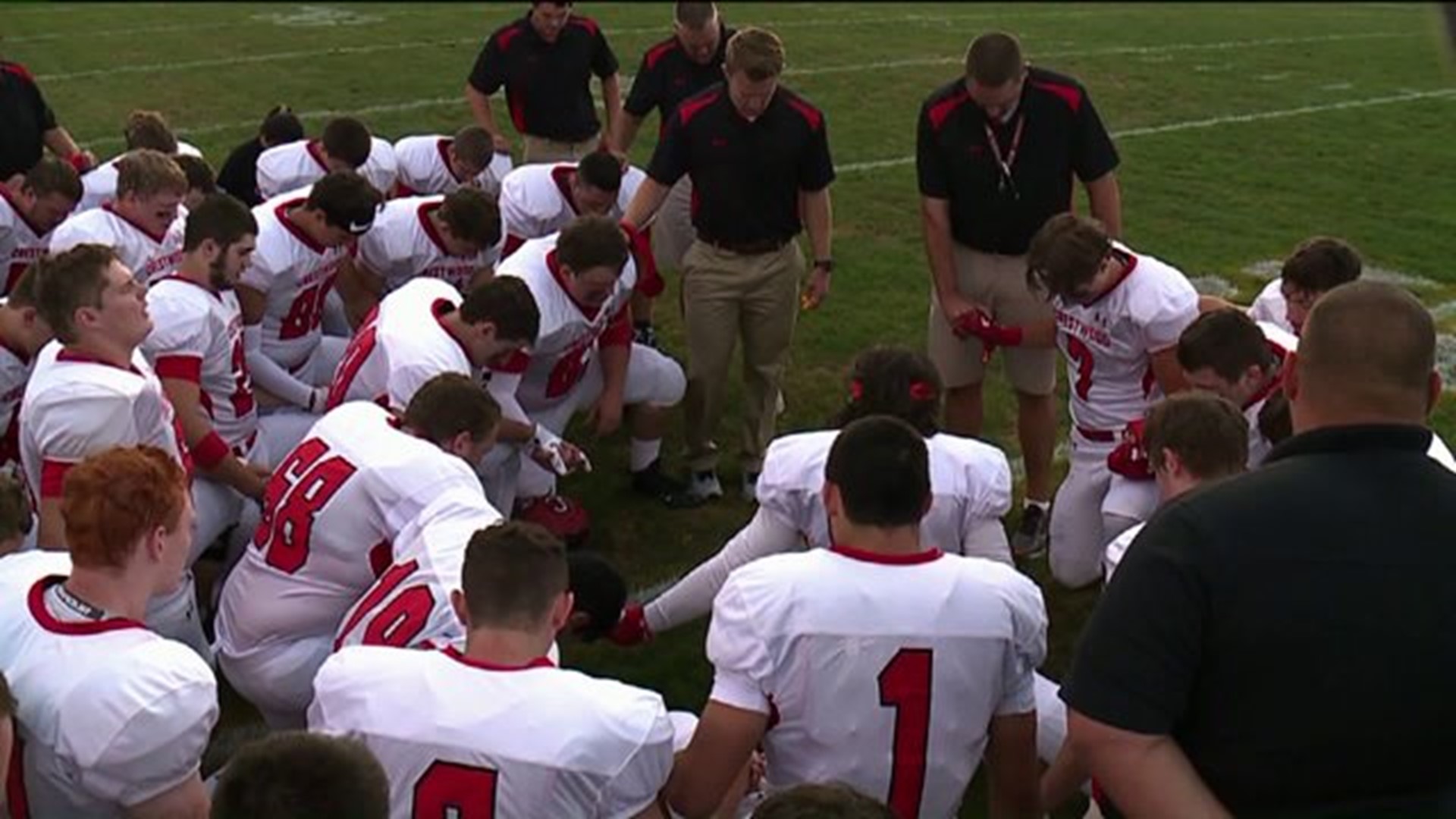 DUNMORE -- Dunmore's football team enters Friday night's playoff game with an undefeated record. But the Bucks will have to scramble as they hope to continue a popular pregame tradition.

For years, Dunmore's football players have gathered with Coach Jack Henzes before every game for a short prayer. And, obviously, it works, as the Bucks have one of the most successful football programs in our area.

But an out-of-state group is weighing in, claiming it's against the law for the coach to lead the players in prayer.

The school says the law is clear and coaches, teachers, or staff can no longer participate in public prayer with students. Still, the break in a decades-long tradition has angered some fans.

Dunmore wears its heart and its support on its sleeve. Dunmore Bucks football could be considered a religion around here. And it's rooted in tradition. A decades-old pregame tradition is about to change. Dunmore's football coach of more than 40 years, Jack Henzes, has always led the players in prayer.

But, since a civil rights organization informed the Dunmore School District that the prayer was against the law, neither Coach Henzes nor any other school staff member can participate in the prayer.

"It's just something you're accustomed to doing every day, and Coach Henzes doesn't just teach football, he teaches life lessons, and this is a life lesson I'm sure he'll teach the bucks. They will get through this, and I mean, this is really nothing but a distraction from their undefeated season," said former player Sal Marchese.

Dunmore football alumnus Sal Marchese says the current players will probably pray anyway. It's not uncommon in northeastern Pennsylvania to see players and coaches bow their heads in prayer before a game.

Dunmoreans seem to think it's a tradition not worth messing around with.

"A lot of sports teams are very superstitious, and if it gets a W, a W is a W, you know? It's the way it is. I don't see a problem," said Vinny Burney.

Dunmore native Beth Ann Zero owns a yoga studio in town. She says all religions are welcome here, and like most of the people we talked to, Zero thinks, just live and let live.

"I don't understand how people have this much time on their hands to protest issues like this when there are so many major issues out there, where whether or not a coach leads his football team in prayer ahead of the game is that important to them."