Power To Save: Electronics Recycling Event in Lackawanna County

SCRANTON, Pa. — An electronics recycling event is giving people in Lackawanna County the Power To Save. “I can’t ask folks enough, sincerely e... 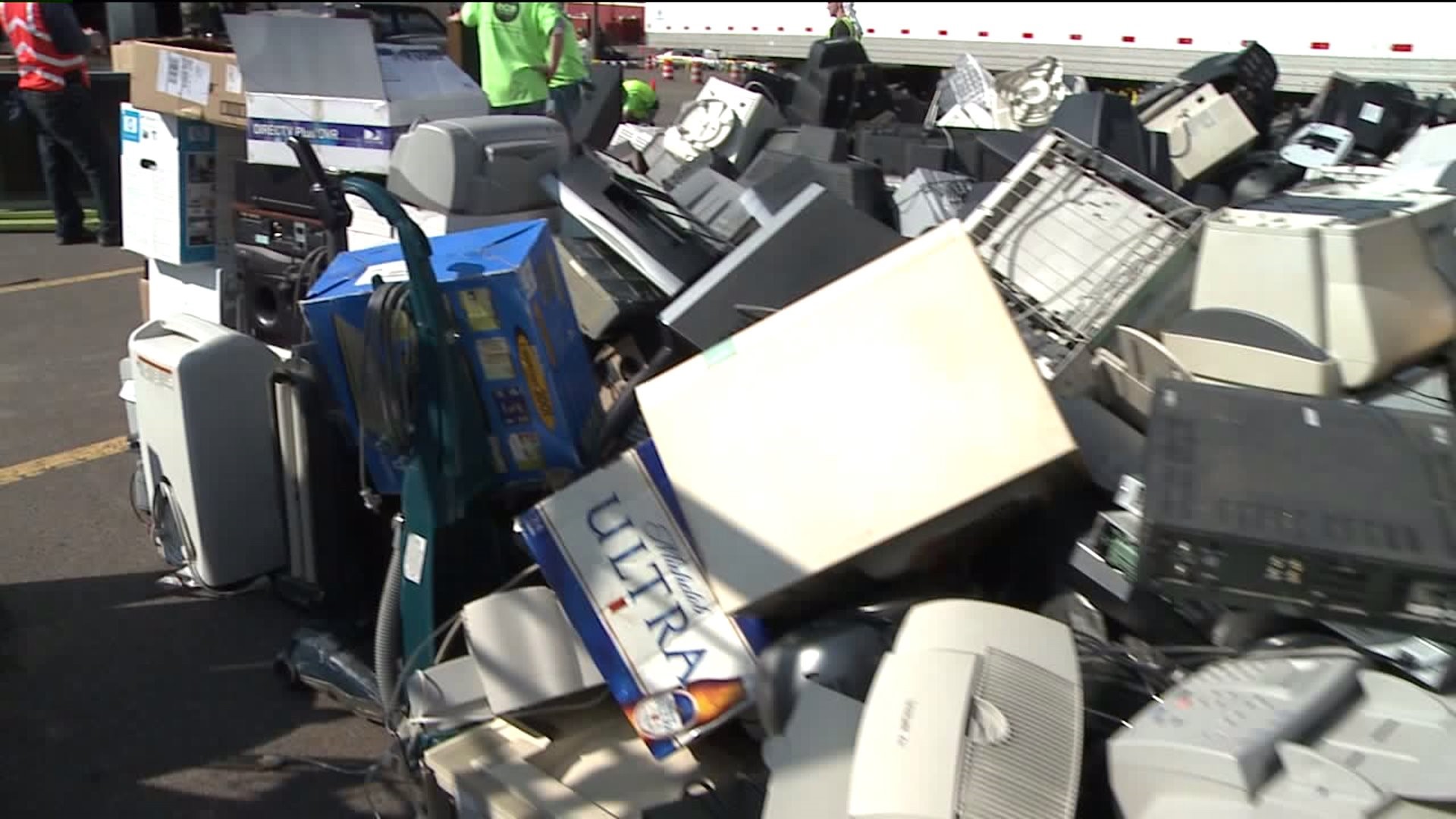 SCRANTON, Pa. -- An electronics recycling event is giving people in Lackawanna County the Power To Save.

"I can't ask folks enough, sincerely enough. Now is your chance. We might not be able to recycle these big TVs and computer monitors again soon."

That's the message from Lackawanna County recycling coordinator Barbara Giovagnoli about the free electronic recycling event happening behind the Viewmont Mall in Scranton this Saturday, Nov. 16, from 9 a.m. until 1 p.m.

"They have big tubes in them. They're called cathode-ray tubes. They have a lot of nasty things inside of them as well. The screen is leaded glass."

But this Saturday, those items will be accepted.

"We've been talking about electronic recycling in Harrisburg for a number of years. Our current statute might be a little bit obsolete," said Sen. John Blake, (D) 22nd Senatorial District.

Sen. Blake and his fellow senators have passed a bill that's waiting for House approval. The new bill would replace the current act that makes it difficult to recycle the older style TVs and computer monitors.

"I just don't think it's robust enough. I think it might be too nominal and we don't have sufficient resources to deal with the volume of equipment that ultimately needs to be recycled," Sen. Blake said.

Sen. Blake partnered with the Lackawanna County environmental office, HP, and eLoop to help make this free event possible on Saturday. There's still a need for volunteers as this event will is expected to draw a big crowd.

To sign up to volunteer, send an email to Sen. Blake's office.

Glad to be partnering with the @LackCountyCR Environmental Office, @HP, @Viewmontmall and @eLoop_llc to bring a much-needed #ewaste #recycling event to Lackawanna County residents. This free recycling event will take place this Saturday from 9 am to 1 pm. #Scranton pic.twitter.com/tq4NVRrIpF